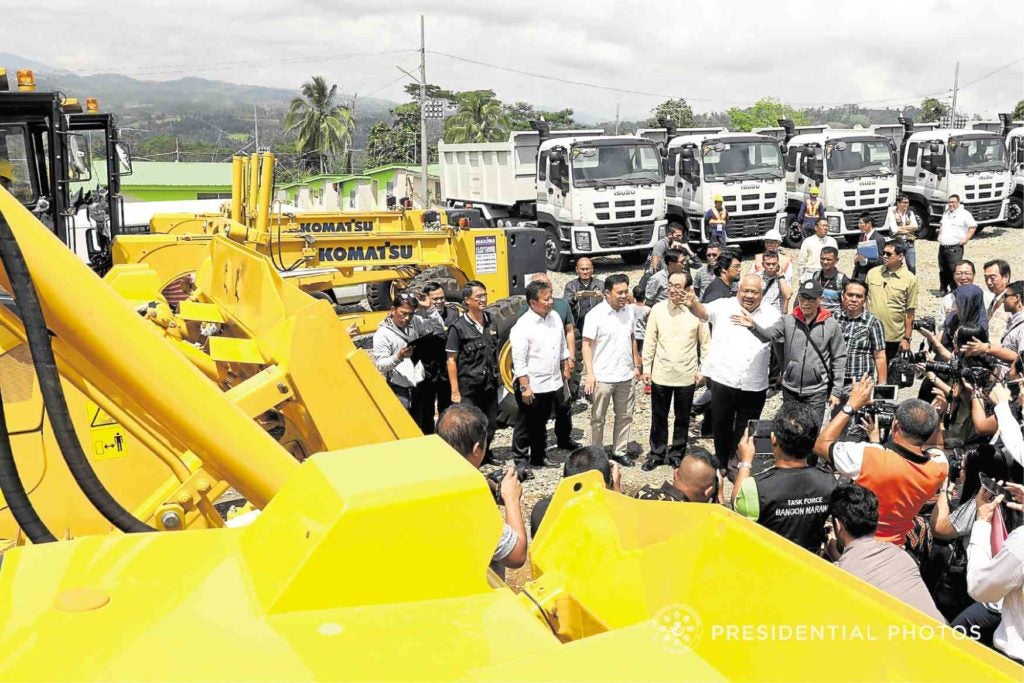 DAVAO CITY — The Japanese government on Thursday turned over to Philippine officials 27 pieces of heavy equipment that Japan donated for the rehabilitation of Marawi City, which was all but reduced to rubble during the war on Islamic State (IS) followers there.

These would be for humanitarian efforts in Marawi.

Villar said the pieces of heavy equipment donated by Japan would augment machinery that the Department of Public Works and Highways  had already prepared for use once the rehabilitation program starts.

It was not clear, though, if the donated equipment was already part of Japan’s P1-billion pledge for the rehabilitation of Marawi City.

Earlier, the US government gave P100 million for the purchase of food for Marawi’s displaced residents.

US Ambassador Sung Kim said the donation would enable World Food Programme to purchase 1,800 metric tons of rice for up to 45,000 people for four months.

Emmanuel Leyco, officer in charge of the Department of Social Welfare and Development, said beneficiaries would each receive 50 kilograms of rice monthly for four months.