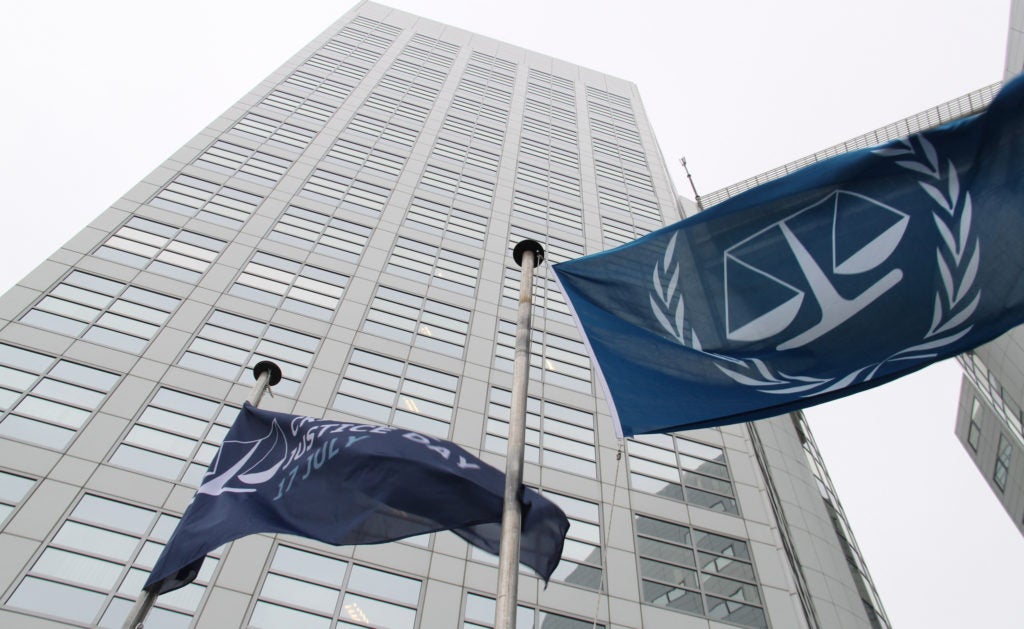 The International Criminal Court (ICC) on Friday urged the Philippines not to withdraw from the Rome Statute, the treaty that established the ICC, as it warned that quitting the court would have no impact on ongoing proceedings.

Sought for a comment on President Rodrigo Duterte’s declaration of withdrawal from the ICC, the court told INQUIRER.net that it has yet to receive notification from the United Nations secretary-general that the withdrawal has taken place.

“The Court encourages the Philippines to not follow through with the reported intention to withdraw, as it is an important State Party to the Rome Statute, and as such an integral part of the international criminal justice system aimed at ending impunity for and helping prevent the gravest crimes under international law,” the ICC said in an email to INQUIRER.net.

Duterte on Wednesday declared the Philippines withdrawal from the ICC in a statement released to the members of the media.

Duterte cited the “baseless, unprecedented and outrageous attacks on my person as against my administration, engineered by the officials of the United Nations, as well as the attempt by the [ICC] special prosecutor to place my person within the jurisdiction of the [ICC].”

The move came barely a month after the ICC launched a preliminary examination into thousands of deaths linked to Duterte’s signature war on drugs campaign.

The ICC “fully acknowledges that withdrawing from the Rome Statute is a sovereign decision,” but it warned that the move would not save Duterte from scrutiny if the Court decides to proceed with investigation into charges of crimes against humanity.

READ: ‘Duterte won’t save himself from ICC probe’ – Tinio

“A withdrawal would have no impact on on-going proceedings or any matter which was already under consideration by the Court prior to the date on which the withdrawal became effective,” the ICC said.

Under the Article 127 of the Rome Statue, the withdrawal of the Philippines would become effective one year after the UN secretary-general received a written notice the State party.

The Philippines ratified the treaty in 2011, which means the court has jurisdiction for crimes within its mandate committed from that year.

The court said Manila’s membership is essential in “strengthening the international rule of law.”

“Any act that may set back the global movement towards greater accountability for atrocity crimes and the international rule of law is, therefore, regrettable,” the ICC said.

The President’s declaration to withdraw from the ICC was met with a barrage of both praises and criticisms.

Foreign Secretary Alan Peter Cayetano said the move was a “principled stand.” He said the withdrawal was not a way to evade an ICC investigation.

Duterte’s chief legal counsel, Salvador Panelo, said the President was “definitely not afraid” of an investigation from The Hague court. He said the court’s announcement of preliminary examination was a “violation of due process.”

READ: Will ICC ever acquire jurisdiction over Duterte?

The President’s critics in Congress and civil society groups slammed the decision to dump ICC.

“This would be promoting impunity rather than protecting the people from impunity,” said Jose Manuel Diokno, national president of the Free Legal Assistance Group and dean of the De La Salle University College of Law.

Vice President Leni Robredo expressed concerns that the withdrawal may be abused by those in power.

“Being a signatory in the ICC, that’s our safety net when our officials just neglect cases of abuse in the country, we have a venue where we can go to,” the Vice President said.

The Philippines, however, has yet to file a written of notice of withdrawal with the UN secretary-general.