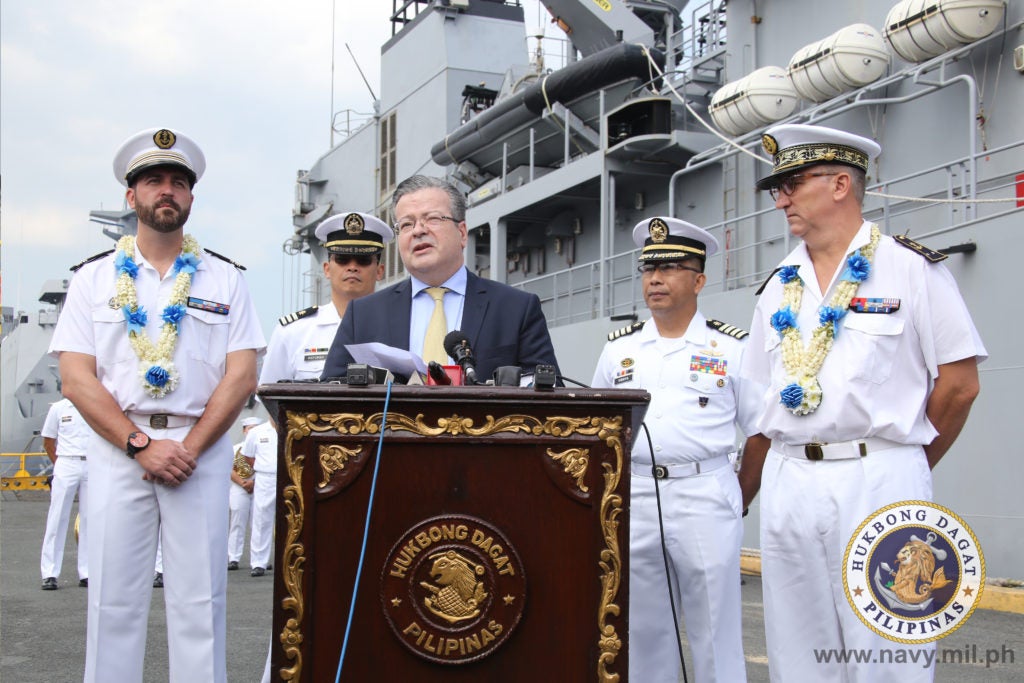 The Philippines and France have pledged to work together to increase defense cooperation to safeguard peace in the South China Sea (West Philippine Sea).

French Ambassador Nicolas Galey told reporters Monday that the contested South China Sea was among the issues discussed in a meeting between Filipino and French defense officials last week, but refused to go into details.

“[T]he Philippines and France are increasing their cooperation in the military and security fields. We demonstrated this just last week, when a high-level delegation from the French Ministry of Defense came to Manila to participate in the first Filipino-French joint cooperation committee,” he said.

“I’m not going to be more specific about what was discussed but certainly it’s a new field of cooperation that is very, very important for the two countries especially in times where countries like France and the Philippines have to work more together for the security of the area,” Galey said when asked to elaborate about the meeting.

Apart from the maritime security concerns, other aspects of defense cooperation were also tackled.

“My country and the Philippines are equally attached to maintaining security and respect for international law, particularly the law of the sea. We are also engaged with the Philippines in the fight against terrorism,” he said.

Galey also expressed support for the “legal position” of the Philippines in the West Philippine Sea, saying that they have “the same approach” towards the sea dispute.

China suffered a legal defeat in a case filed by the Philippines after a United Nations-backed arbitral tribunal in 2016 invalidated China’s massive claims in the South China Sea.

As part of France’s “military commitment to the security in Southeast Asia,” French Navy frigate FNS Vendemiare (F734) docked in Manila on Monday for a four-day goodwill visit to the Philippines.

Officials of the French Navy are expected to pay a courtesy call on Navy chief Rear Admiral Robert Empedrad.

The port visit, Galey said, takes place on a “regular basis” as part of France “to fully play its role as a Pacific power.”

“France is also a country of the Pacific Ocean,” he said, citing New Caledonia, French Polynesia and Wallis and Futuna as part of its overseas territories.

The French vessel is the third foreign navy to make a port call to the Philippines this year, after Japan and US. Galey urged the two countries to continue their visibility in the Philippine waters amid threats of freedom of navigation, without referring to China’s aggressiveness in the region.

“I will not speak for the Japanese or US Navy but it shows in my view that it is very important for those two nations, which is obviously two important nations in the Pacific and the world, to show their presence in the Philippines. Manila has been an important place to be seen and to be present is also a tribute to your country,” he said. /je