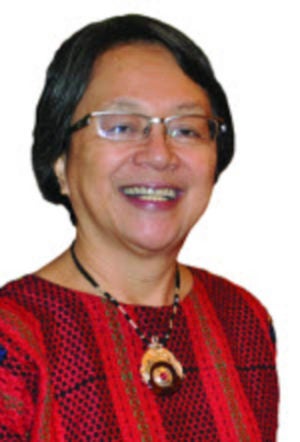 UN experts called on the government to drop its accusation against their colleague, Victoria Tauli-Corpuz, after the Department of Justice (DOJ) included her among 600 alleged members of the Communist Party of the Philippines-New People’s Army (CPP-NPA) in a petition asking the court to declare the group a terrorist organization.

“We call on the Philippine authorities to immediately drop these unfounded accusations and to ensure (Corpuz’s) physical safety and that of others listed,” read the statement on Friday (Thursday in Geneva, Switzerland) from Michel Forst, the special rapporteur on the situation of human rights defenders, and Catalina Devandas Aguilar, chair of the coordination committee of the special procedures.

The UN experts called the accusation against the UN special rapporteur on the rights of indigenous peoples, an “unacceptable attack” and “an act of retaliation” by the Philippine government.

In December, Corpuz and the UN special rapporteur on internally displaced people, Cecilia Jimenez-Damary, called out the Duterte administration for reported human rights violations in Mindanao due to the implementation of martial law.

Commission on Human Rights Chair Chito Gascon joined the UN experts’ call to drop the charges against Corpuz “in order that she may remain unhindered in performing her mandate.”

International rights watchdog Human Rights Watch (HRW) warned that the Philippine government was putting at “grave risk” those accused of being members of the CPP-NPA in the petition.

“The justice department petition is a virtual government hit list. There’s a long history in the Philippines of the state security forces and progovernment militias assassinating people labeled as NPA members or supporters,” said Carlos Conde, HRW Asia researcher, in a statement on Friday.

Following the collapse of peace talks between the Philippine government and the communist-led National Democratic Front of the Philippines (NDFP), President Duterte has been announcing crackdowns on the CPP-NPA, and on leftist groups he claimed were their “legal fronts.”

More than 40,000 people have been killed in the communist rebellion since the late 1960s.

Activist rights group Karapatan said the petition was meant to “sow fear and panic” among critics of the Duterte administration, and was a “dubious … maneuver meant to harass, target and criminalize persons in progressive organizations,” said Karapatan secretary general Cristina Palabay, in a statement on Friday.

“Instead of attacking the messenger, states and other stakeholders should engage and address the human rights concerns raised by mandate holders,” UN High Commissioner for Human Rights Zeid Ra’ad al-Hussein said.

Manila’s actions against UN officials “makes one believe that the President of the Philippines needs to submit himself to some sort of psychiatric evaluation. These attacks cannot go unanswered,” Zeid added.

Sison said Duterte, his former student, was “engaged in a wild anticommunist witch-hunt under the guise of antiterrorism.” He added: “Duterte is truly the No. 1 terrorist in the Philippines.”

Sison said he and the others would not submit themselves before the court to challenge the terrorist tag. He was protected as a recognized political refugee by the Refugee Convention, by Article 3 of the European Convention on Human Rights, and by the 2009 decision of the European Court of Justice that removed his name from the EU terrorist list, the CPP founder said.

The list is “a prelude to a more intense crackdown,” NDFP lawyer Edre Olalia said in a statement.

“It is designed to sow and create a condition of widespread and extraordinary fear and panic among the populace, in order to coerce the critics, dissenters, social activists, human rights defenders and revolutionaries alike to give in to the government’s repressive demand,”  said the secretary general of the National Union of People’s Lawyers.  —WITH REPORTS FROM VINCENT CABREZA, DELFIN T. MALLARI JR., JEROME ANING,  AND THE WIRES