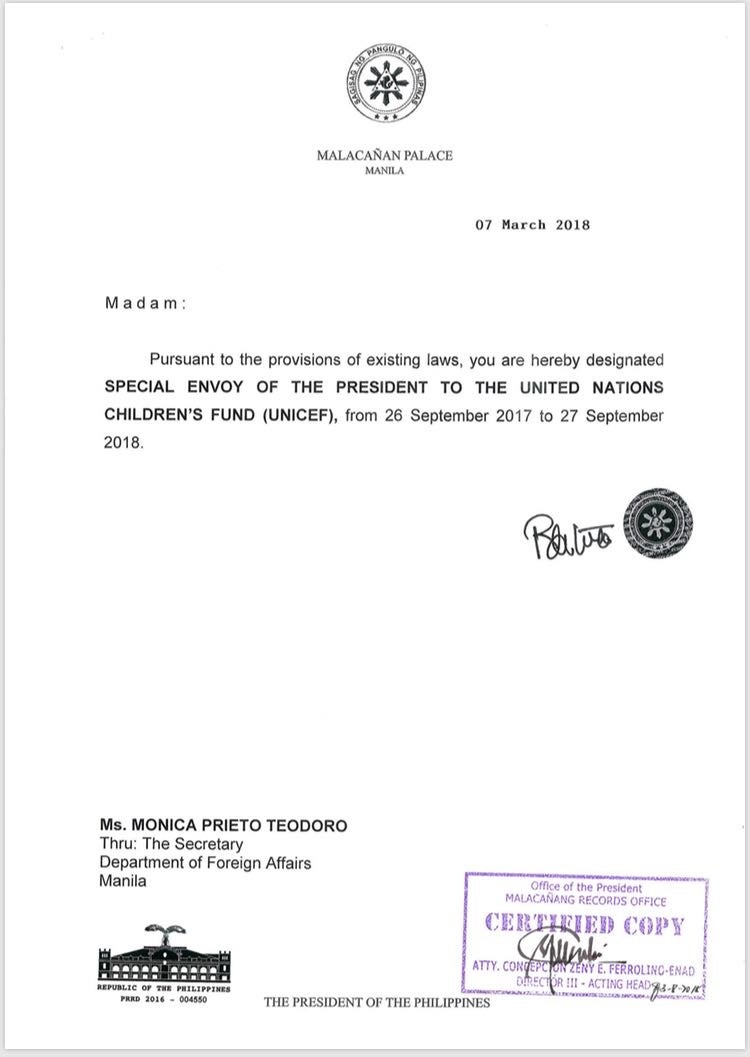 President Rodrigo Duterte has appointed a former Tarlac politician and socialite as the Philippine’s representative to the United Nations Children’s Fund (Unicef).

Prieto-Teodoro, in August last year, made a donation to the military in a philanthropic initiative.

She is the wife of former Defense Sec. Gilbert “Gibo” Teodoro, whom Duterte once wooed to be part of his Cabinet.