Pimentel dares US to prove Duterte a threat to democracy 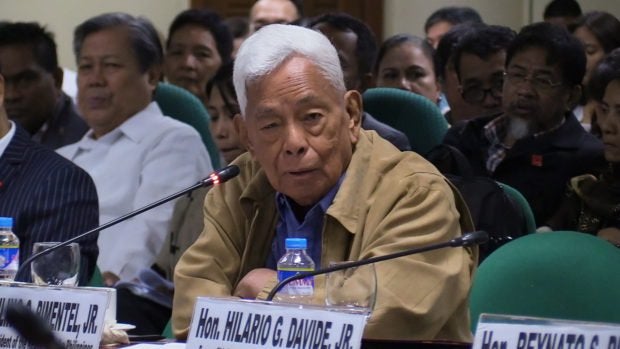 Former Senate President Aquilino Pimentel Jr. said on Sunday, Feb.  25, 2018, that the US intelligence community should prove its claim that President Rodrigo Duterte was a threat to democracy. INQUIRER FILE

Former Senate President Aquilino “Nene” Pimentel Jr. told the US intelligence community to provide proof regarding its report stating that President Rodrigo Duterte was a threat to democracy.

According to the Worldwide Threat Assessment of the US intelligence community, Duterte was listed as one of the threats to democracy due to his “signature campaign against drugs, corruption, and crime.”

“In the Philippines, President Duterte will continue to wage his signature campaign against drugs, corruption, and crime. Duterte has suggested he could suspend the Constitution, declare a ‘revolutionary government,’ and impose nationwide martial law,” the report said. /cbb

READ: US Intelligence Community: Duterte is one of threats to democracy in Southeast Asia / Roque junks US intel report; Trillanes says it’s a ‘warning shot’