US Intelligence Community: Duterte is one of threats to democracy in Southeast Asia | Global News
Close
menu
search

US Intelligence Community: Duterte is one of threats to democracy in Southeast Asia 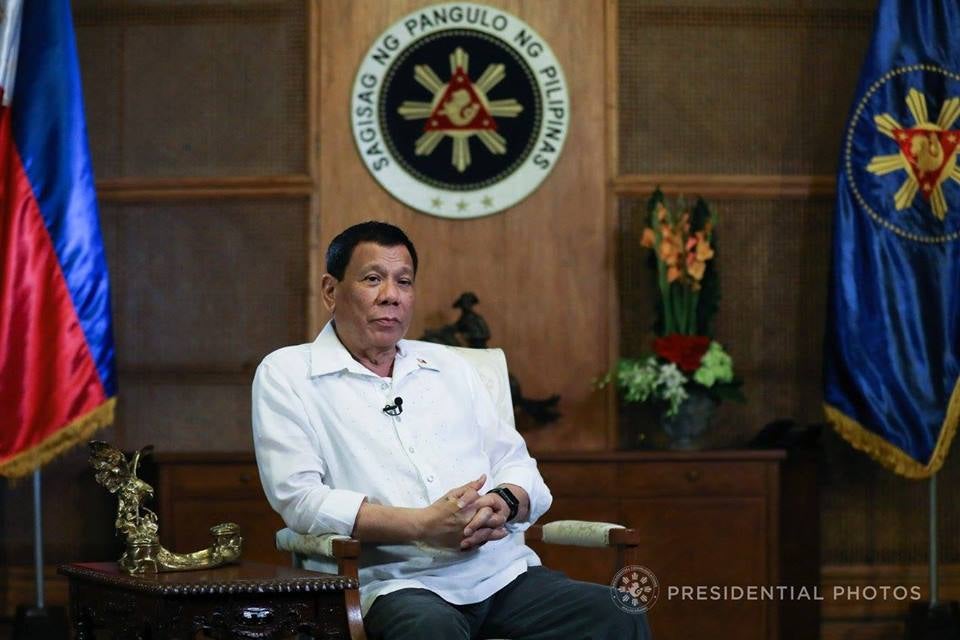 President Rodrigo Duterte was listed as a threat to democracy in Southeast Asia in the 2018 Worldwide Threat Assessment of the US Intelligence Community. PRESIDENTIAL PHOTO

President Rodrigo Duterte was listed as one of Southeast Asian leaders that pose a threat to democracy and human rights, according to the Worldwide Threat Assessment of the US Intelligence Community.

The US Intelligence Community is a federation of 16 government agencies that work separately and together to conduct intelligence to support the foreign policy and national security of the US.

Last Feb. 12, Daniel Coats, director of national intelligence of the US, released the unclassified report, a PDF copy of which available online.

“In the Philippines, President Duterte will continue to wage his signature campaign against drugs, corruption, and crime. Duterte has suggested he could suspend the Constitution, declare a ‘revolutionary government,’ and impose nationwide martial law,” the report said.

The assessment also cited a Freedom House report that listed the Philippines as one of the governments that use social media to spread propaganda, shape public opinion and counter criticisms of government online.

“We note that more governments are using propaganda and misinformation in social media to influence foreign and domestic audiences,” the report read.

The US Intelligence Community predicted that democracy and human rights in the region would remain fragile this year as “autocratic tendencies deepen in some regimes and rampant corruption and cronyism undermine democratic values.”

Cambodian Prime Minister Hun Sen, who was also listed as a threat to democracy, was seen forging closer ties with China as he continued to manipulate and repress government and democratic institutions to preserve his power.

“Hun Sen will rely on Beijing’s political and financial support, drawing Cambodia closer to China as a result,” the report said.

In Myanmar, the Rohingya crisis increases the risk of violent extremism and will threaten the country’s “fledgling democracy,” according to the report, which will provide China an opportunity to expand its influence in the country.

The assessment also covered the developments in Thailand’s election in 2018 and noted that Bangkok’s new Constitition will institutionalize the military’s influence.

Thailand will crown a new king after a year of mourning and a new government is expected to lead the country.

But critics expect that the elections would be delayed to 2019 as the Thai junta ambitions to form their own party. /atm