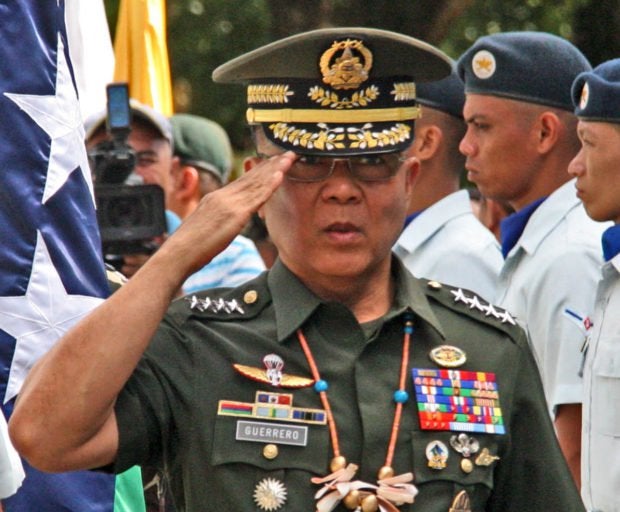 The Armed Forces of the Philippines (AFP) continues its air and maritime patrols in territorial waters including the West Philippine Sea and Philippine Rise, but it is still waiting for official orders to go after foreign vessels in the eastern seaboard of the country.

“We are continuing ‘yung current mission namin, and that is to patrol the area [but] wala pa tayong nare-receive na official guidelines about [going after foreign vessels in the Philippine Rise]. We have to receive ‘yung sinasabi nating official guidance,” AFP Chief Gen. Rey Leonardo Guerrero told reporters on Thursday night.

Early this week, President Rodrigo Duterte ordered a stop on all foreign vessels-initiated marine explorations over at the Philippine Rise, and to chase away fishing or research vessels in the area amid the reported Chinese build-up on disputed territories.

Guerrero said they continue to monitor the structures and facilities being built by China, but without mentioning the West Philippine Sea.

On February 5, Inquirer published aerial photos obtained from a source, showing China’s militarization in seven of its artificial islands in the Spratlys archipelago (Kalayaan Island Group or Kalayaan Group of Island) that is also being claimed by the Philippines.

The photos indicate that China is almost finished transforming seven reefs into island fortresses, in a bid to dominate the heavily disputed South China Sea.          /kga