OSG spox: ICC has no jurisdiction to examine alleged EJKs 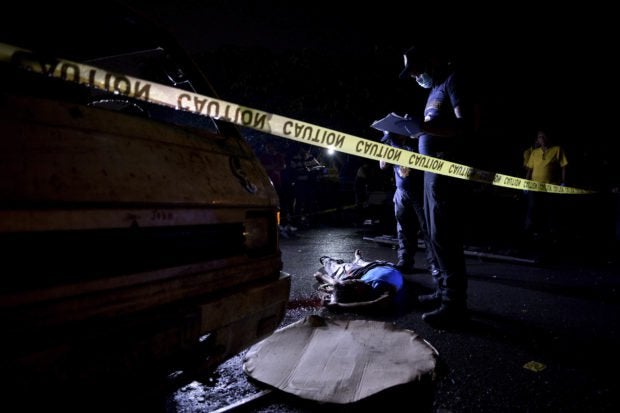 The spokesman of the Office of the Solicitor General (OSG) on Friday said that the International Criminal Court (ICC) has no jurisdiction to dip its hand over allegations of crimes against humanity against President Rodrigo Duterte and other officials.

OSG spokesman Atty. Erik Dy said that the ICC can only intervene if domestic courts become “incapable” of carrying out proper proceedings.

While Dy clarified that the ICC would not be barred from conducting a preliminary examination in order to determine jurisdiction, he said that “assumption of jurisdiction, however, is a different matter.”

“The ICC cannot replace our national courts. The ICC may only exercise jurisdiction where domestic courts are incapable of carrying out the proper proceedings,” Dy explained in an emailed statement to the media.

Dy added that there are adequate laws and remedies in the country to address the issue of alleged extra-judicial killings.

“In fact, petitions against the administration’s War on Drugs are now pending for resolution before the Supreme Court. This negates the need for the ICC to take cognizance of the matter,” he stressed.

ICC prosecutor Fatous Bensouda on Thursday announced that they would conduct a preliminary examination into crimes allegedly committed by the government since July 1, 2016, or the day after Duterte took office.

Bensouda assured the Philippine government that the preliminary examination would be carried out “with full independence and impartiality in accordance with its mandate and the applicable legal instruments of the Court.” /jpv

Read Next
No ‘official guidance’ yet on chasing foreign vessels at PH Rise – AFP
EDITORS' PICK
Egg prices rise due to bird flu, increased holiday demand | #INQToday
18,529 out of 24,903 pass nursing board exam
The Best Tech Gifts For The 2022 Holidays
Marcos urges Filipinos to be like Bonifacio: honest, patriotic
The vivo Y16 makes the season of giving more thoughtful for the whole family
House energy committee chair Arroyo bats for cheap electricity
MOST READ
Mel Tiangco on co-anchor Mike Enriquez’s condition, ‘rivalry’ with Korina Sanchez
LOOK: Vina Morales goes to Boracay with mystery man
Marcos urges Filipinos to be like Bonifacio: honest, patriotic
Ref admits to cheating: How Manny Pacquiao snagged the win
Don't miss out on the latest news and information.