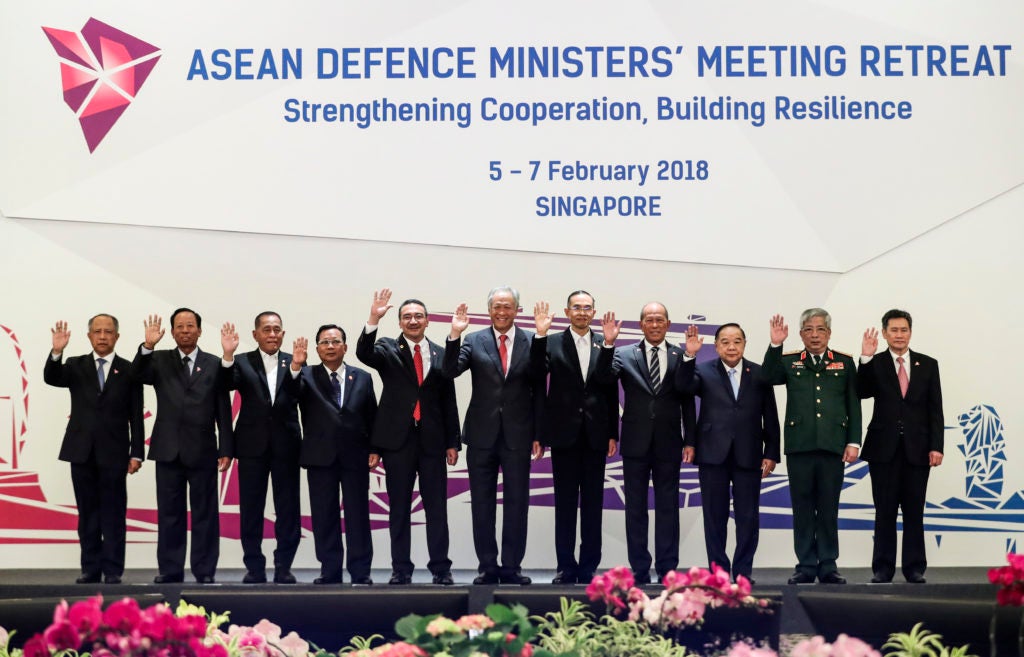 Insisting it was “not too soft” on China, Malacañang said on Wednesday that it was one with the Association of Southeast Asian Nations (Asean) in expressing concern over Beijing’s island-building in the heavily disputed South China Sea.

Presidential spokesperson Harry Roque said that the Philippines, being a member of Asean, agreed with the group’s statement in Singapore on Tuesday that China’s continued reclamation in the South China Sea had eroded trust among rival claimants and could raise tensions in the region.

“Yes, that concern is correct because what Asean is asking is for [all parties] to follow the discussion on the code of conduct. That is the call of Asean,” Roque said in an interview with reporters.

“We are not being too soft. We have an established policy there,” he added.

Singapore has taken over the role of chairing Asean for 2018, and this week the city-state hosts meetings of the group’s foreign and defense ministers.

At their meeting on Tuesday, the Asean defense ministers aired concerns over China’s activities in the South China Sea, noting that China’s land reclamation continued even after talks began between the 10-member regional bloc and Beijing to agree on a code of conduct to manage disputes in the strategic waterway.

The meeting opened a day after the publication by Inquirer.net of new aerial photographs showing China was almost finished building air and naval bases on artificial islands it had built on seven reefs claimed by the Philippines in the Spratly archipelago.

China claims nearly all of the South China Sea, but Asean members Brunei, Malaysia, the Philippines and Vietnam as well as Taiwan have claims in the waterway crisscrossed by vital sea-lanes through which a third of the world’s trade passes every year and where islets, reefs and atolls are believed to be sitting on vast energy reserves.

In 2002, Asean and China signed a declaration of conduct that included a prohibition on altering features in the sea, but the photos, taken between June and December last year, showed China continued to reclaim land on the reefs to build artificial islands on which it was now installing military facilities and equipment despite the agreement.

During the Asean Summit in Manila last November, the regional bloc and China agreed to start negotiations on a proposed code of conduct that would prevent the competing claims from erupting into conflict.

At their meeting in Singapore on Tuesday, the Asean foreign ministers welcomed the start of negotiations, while calling for restraint in activities and avoidance of any actions that may complicate the situation.

“We discussed the matters relating to the South China Sea and took note of the concerns expressed by some ministers on the land reclamations and activities in the area, which have eroded trust and confidence, increased tensions and may undermine peace, security and stability in the region,” Singapore’s Foreign Minister Vivian Balakrishnan said in a statement.

In a press briefing later, Balakrishnan warned that negotiations for a code of conduct would be “complicated.”

“Territorial claims will not be resolved just because you have a [code of conduct],” Balakrishnan said.

“Second, there will be no shortage of very sensitive issues that will take a lot of innovation and imagination on the part of the diplomats, and ultimately an exercise of political will,” he added.

Asean and China adopted a negotiating framework on the code of conduct last August.

“We hope it will be expedited but it’s a very, very complex issue,” Singapore’s Defense Minister Ng Eng Hen told reporters on Wednesday after a gathering of Asean defense chiefs.

“It’s a centuries-old dispute. Expecting [the code] in one year is just unrealistic,” he said.

Asean and China have hailed the conclusion of the negotiating framework as a sign of progress.

But the failure to outline as an initial objective the need to make the code legally binding raised doubts about the effectiveness of the pact.

Signing China up to a legally binding and enforceable code for the waterway has long been a goal for claimant members of Asean, some of whom have sparred for years over what they see as China’s disregard for their sovereign rights and its blocking of fishermen and energy exploration efforts.

China last December defended its construction on the Spratly reefs as “normal” after the US think tank Asia Maritime Transparency Initiative released new satellite images showing the deployment of radar and other equipment on the artificial islands. —With reports from the wires