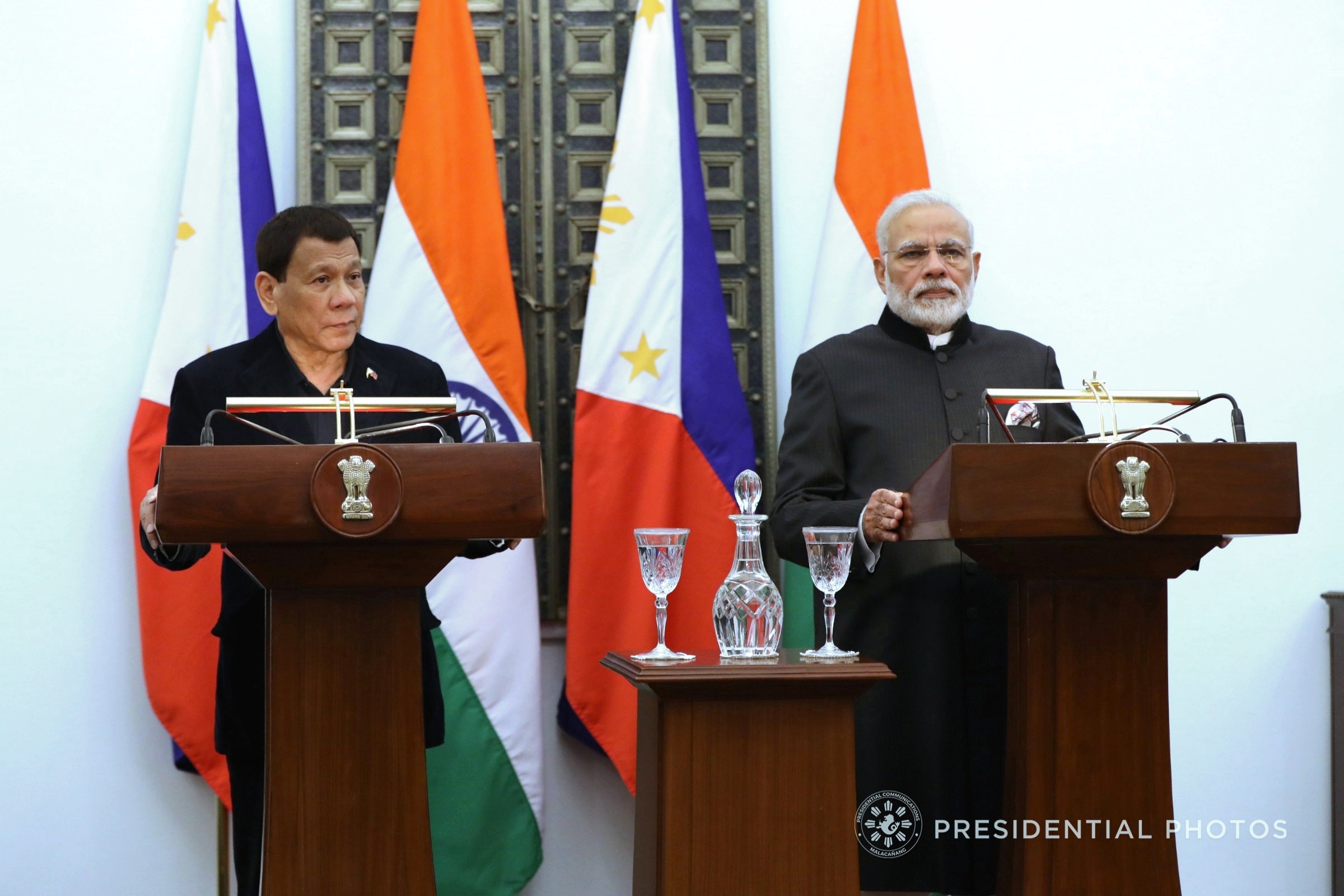 NEW DELHI—In a meeting with Indian business leaders, President Rodrigo Duterte mocked Muslim extremists by saying he would rather “have the virgins here” than in the afterlife hours after a report surfaced that he was being targeted by Islamic State elements in the Indian capital.

The firebrand leader joked about making the promise of virgins a “come-on” to investors in the Philippines, in the same way ISIS was using it to attract new recruits.

ISIS’s ideology, according to Duterte, “is totally bankrupt, totally empty and the only objectives there are to kill and destroy for nothing, for no reason at all.”

“And the come-on is that if you die a martyr, you go to heaven with 42 virgins waiting for you,” he told the people in the audience who burst into chuckles.

The number is supposed to be 72, though it is still a matter of debate whether ancient Islamic texts actually state that Muslim males who turn martyr are to be rewarded with 72 virgins.

“Well, if I could just make it a come-on also for those who would like to go to my country,” he said, eliciting another wave of laughter from the mostly male audience.

A few moments later, the President said he was actually half-Muslim.

“My grandmother is a Maranao and my father comes from the Visayas. So I can talk really that they do not have the monopoly of discourse in this field,” he said.

“And I said one of the most is promising virgins when you go to heaven. I’d like to have the virgins here not in heaven. God may not allow it,” Duterte said.

The meeting with business leaders was the President’s last stop in his three-day trip to India, his first foreign travel of 2018.

In the meeting, the President delivered another of his long speeches, in which he talked about, among other things, his war on drugs, his disdain for human rights groups, American imperialism, and how Indian business were welcome in his country.

Nothing untoward happened, though an Indian news outfit reported hours earlier that that the Philippine leader was “on the radar” of the Islamic State after his administration’s effort to wipe out terrorist cells in Marawi City.

“According to sources, Duterte’s agenda to militarily wipe out Islamist extremism from the state of Mindanao—along with killing Isnilon Hapilon, leader of Abu Sayyaf and emir of the IS in Southeast Asia in the city of Marawi—has provoked the group to mobilize sleeper cells based in Indonesia, which are now planning a strike,” the news website “ThePrint” said in a report posted on Jan. 25.

Duterte did not mention the report, though his spokesperson issued a statement dismissing the alleged threat. /jpv