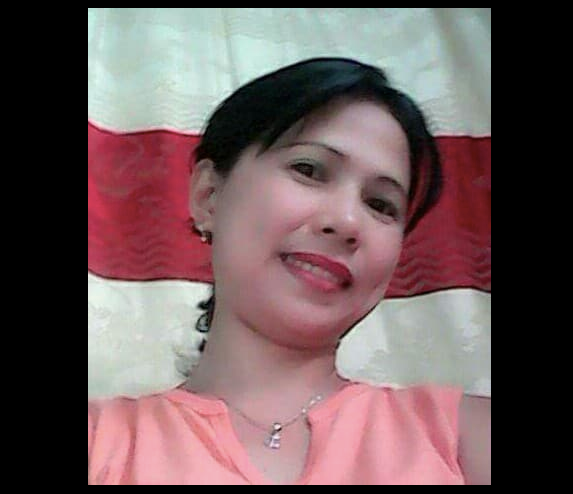 A series of gruesome photos recently went viral on Facebook, showing the corpse of a woman covered in bruises and sliced, starting from the bottom lip down to her navel.

The photos were uploaded on Facebook in Jan. 10 by Gracel Ann Hukdong, niece of the woman in the pictures.

According to Gracel, the woman is her aunt Liezl Trus Hukdong who served as an overseas Filipino worker in Kuwait. Gracel and other relatives were informed by Liezl’s employer last Dec. 19 that her aunt died after hanging herself, something that Gracel’s family found hard to believe.

When Liezl’s body arrived in the Philippines on Jan. 5, it was brought to a funeral home, where it was discovered that her vital organs have been harvested. Her brain, tongue, kidney, lungs and eyes have been removed; the only thing that remained were her intestines.

The documents which came with Liezl’s body were also dubious in nature. These contained wrong spellings, had no official seal, no doctor’s signature, and no license number of the doctor. There was also no autopsy result to accompany the rest of the documents.

Liezl left the Philippines on Dec. 17, 2016 to work in Kuwait, along with a relative named Jerchell Bracero Jurial. There, she worked in an agency called Greatworld International Managemeng [sic] Inc. (Zaidamen Enterprises Inc), in the Riggae Area.

Gracel said that her family was still able to talk to Liezl around September of last year. But come November, her aunt’s Facebook account had been deactivated for no apparent reason. Gracel said they messaged Jerchell about their aunt’s whereabouts and even asked for pictures of her; Jerchell kept telling them that their aunt Liezl was okay.

When the family questioned Jerchell after Liezl’s death, they found Jerchell’s retelling of the stories inaccurate. They sought help from Liezl’s agency and the Overseas Workers Welfare Administration. Gracel said Liezl’s agency had no idea that she had passed; her death was not declared and her status in the agency was still active.

A family looking for answers

In a written interview with INQUIRER.net, Gracel recounted how her aunt was close to relatives and well-received by them. She shared that her aunt Liezl had been separated from her husband a long time ago, and that the man already has a new family. Liezl has two children, with the eldest being from her marriage with her husband. Liezl’s parents assist her in raising her children. Gracel said that Liezel is indeed tight with family members, which enables Liezl to get to stay with these relatives from time to time, with her children.

The person who took the photos after the body arrived was Ruben Hukdong, a brother of Liezl. The family had no choice but heed the advice of the embalmer to have a burial as soon as possible, because given the condition of the body, “wala [nang] ugat na papasukan ng formalin” (there’s no more vein to inject the formalin into).

“Wala pa po kaming nalalapitan kaya nga po ako nag-post baka sakaling mapansin [ng] mga government officials (We have not yet approached anyone, which is why I made the post, hoping it would call the attention of government officials),” she told INQUIRER.net.

Gracel and her family continue to ask questions on the fate of their aunt Liezl. If their aunt really hanged herself, why was her body covered in bruises? If an autopsy was done, was it necessary that all her organs be removed? Why are the details in the documents wrong? Where is the autopsy result? Why was her death not declared to the embassy and OWWA? The family, haunted by these questions, seeks justice. JB

This is a developing story. Refresh this page for updates.