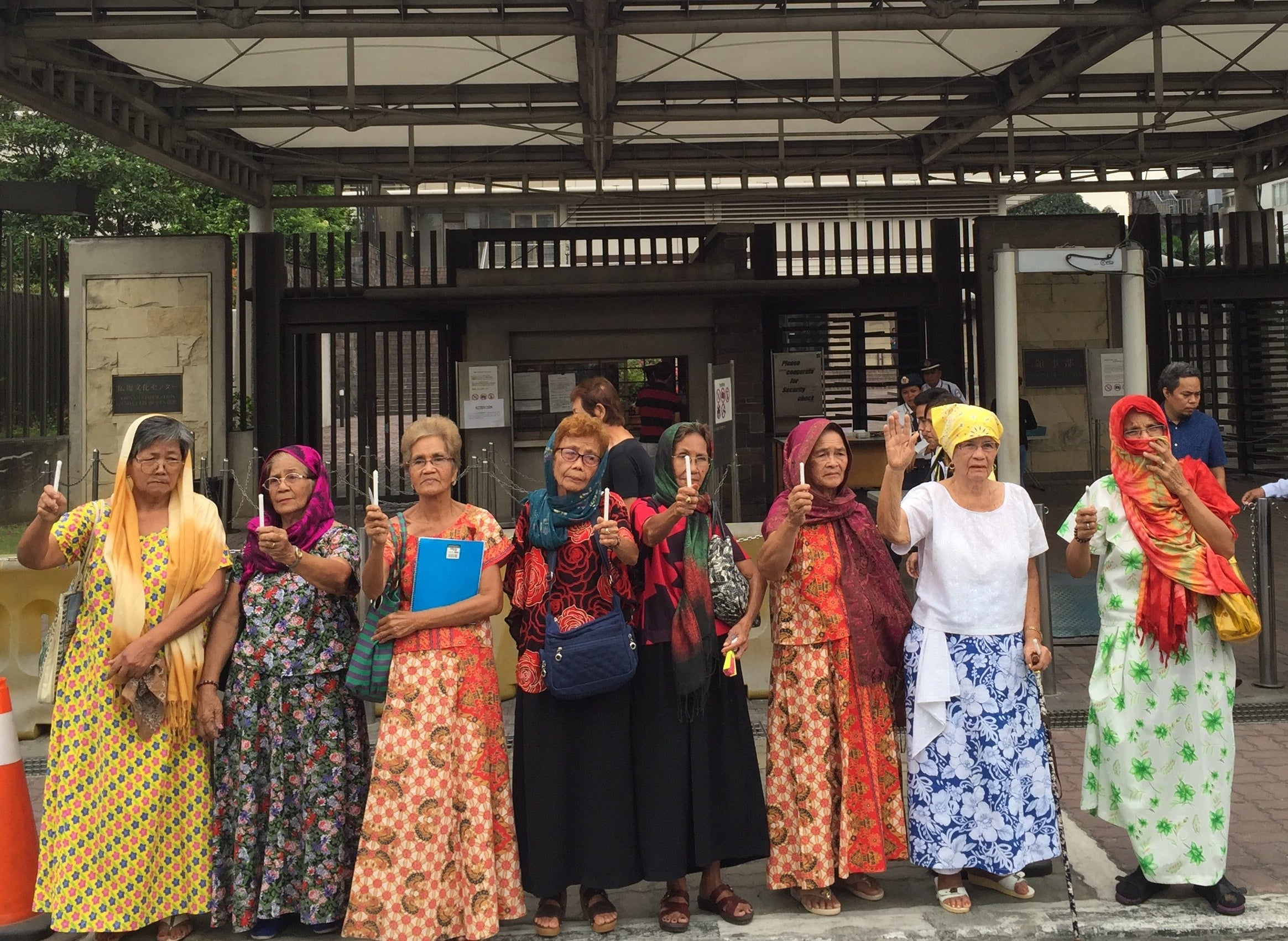 Filipina comfort women stand outside the Japanese embassy to call for justice for the abuses they suffered during World War II. TETCH TORRES-TUPAS/INQUIRER.net file photo

The National Historical Commission of the Philippines (NHCP) does not need to explain anything about the construction of a World War II comfort woman monument along Roxas Boulevard in Manila, a progressive party-list lawmaker said Thursday.

“Why does the NHCP need to explain when it is an established fact in history that Filipino women were abused, repeatedly raped, and killed during the Japanese occupation? It is nothing but right to instill in today’s generation the dark time that we went through under Japanese colonial forces,” Gabriela Women’s Partylist Rep. Arlene Brosas said in a statement.

Brosas took swipe on the Department of Foreign Affairs’ (DFA) December request to the NHCP to explain the process and circumstances that led to the building of the monument.

“We are enraged that the DFA’s primary concern is the sensitivity of the perpetrators of war crimes rather than on how we can give full justice to those who were aggrieved during World War II,” she added.

Japan on Tuesday expressed regret on the two-meter high bronze statue, which was unveiled by the NHCP last December 8.

Brosas said that the Japan’s loans and financial assistance to the Philippines “does not give them the right to direct or [dissuade us from commemorating] the horrors Filipino women faced during the Japanese occupation in the country.”

The partylist lawmaker said the Duterte administration should not follow other countries who “bowed down” to the Japanese government by destroying or halting the construction of a comfort women monument.

“The Japanese government aims to erase any trace of their country’s brutality to the world and we should not allow them to have their way on historical revisionism,” Brosas said.

“It is an added insult to the comfort women in the country and the families of those who died during the Japanese occupation if this administration allows Japan to have the say in the comfort women monument issue,” she added. /jpv