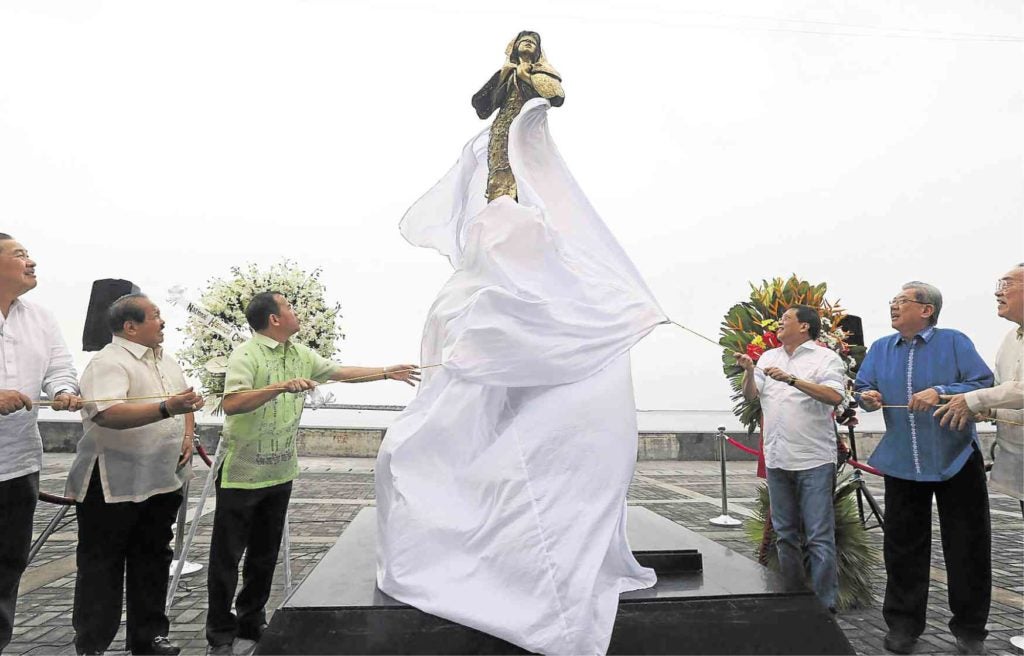 A Manila city government official on Tuesday explained that it was the National Historical Commission of the Philippines (NHCP) who allowed a foundation to erect on Roxas Boulevard a bronze statue in memory of Filipino women forced into sexual servitude by invading Japanese troops during World War II.

Jojo Alcovendaz, the city administrator, pointed this out as a diplomatic row looms following reports that the Japanese Embassy had expressed regret over the rise of a “comfort woman” statue in Manila with the national government’s blessing.

Decades after the war, official documentation and recognition of the comfort women remain a sensitive diplomatic issue between Japan and the Asian neighbors it invaded.

Alcovendaz earlier disclosed that the Department of Foreign Affairs, in a Dec. 12 letter sent through Assistant Secretary Millicient Cruz-Paredes, had asked the city government to explain what led to the installation of the statue at the intersection of Roxas Boulevard and Quirino Avenue.

“The deputy chief of mission of the Japanese Embassy also went [City Hall] to inquire about the statue,” Alcovendaz said in an Inquirer interview on Tuesday.

Alcovendaz said he was still drafting a formal reply to the DFA, which he intends to send today.

According to the official, the statue was commissioned by Tulay Foundation, a Manila-based group composed of members of the Chinese-Filipino community, and was officially unveiled on Dec. 8 by officials led by NHCP executive director Ludovico Badoy. Alcovendaz also graced the rites as the representative of Mayor Joseph Estrada.

“The city’s main role here was to provide them with a place where they can unveil the statue,” Alcovendaz said, adding that the foundation asked for a space for the statue three years ago.

Alcovendaz said the city government would wait for any directive from the DFA on what to do with the statue.