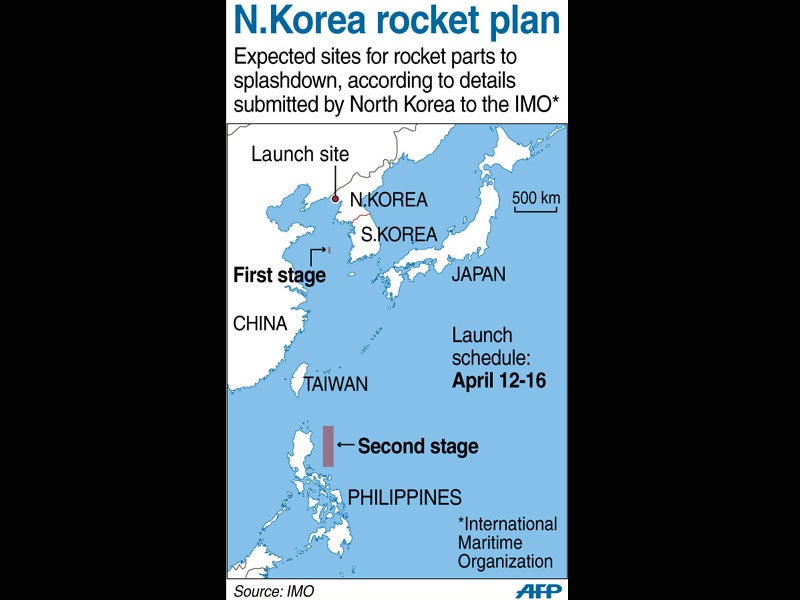 The Philippine Embassy in South Korea said they are always prepared for any attack from the North Korea in case the communist nation launched its missile and impose threats to the country, and in some parts of the United States and Japan.

North Korea’s latest missile testing was launched last Sept. 14 which flew over Japan and into the northern Pacific.

In a previous email interview with the Inquirer, Philippine Ambassador to South Korea Raul Hernandez, formerly Foreign Affairs spokesman, said the threats being shown by North Korea “are nothing new” considering all the provocations it has displayed throughout the years.

North Korea started sending missile attacks since 2006. The US has stepped up its efforts in pressuring North Korea to denuclearize after its latest successful ballistic missile attack, reportedly a Hwasong 14 missile last July.  Some reports said the missile is powerful enough to reach Alaska.

“(The) Current state of affairs remains tense with occasional bellicose rhetoric being thrown by North Korea. There are… provocations such as missile tests, nuclear tests and inflammatory rhetoric. Threat is present but danger is not always imminent,” he added.

Hernandez said the two Koreas are still in a state of war, with the Korean War of 1950 to 1953 between North and South Korea ending with an armistice agreement.

Based on a 2017 data from the Korean Embassy, there are around 67,000 Filipinos in South Korea. Of this number, around 26,000 are overseas Filipino workers under the Employment Permit System, a government-to-government program, while 631 are exchange students from the Philippines, Hernandez said.

“North Korea’s threats and provocations have become the norm. The threats themselves do not seem to directly discourage tourists from visiting South Korea. The country has long been a popular destination for international travelers,” Hernandez said.

As of March 2017, the Korean Embassy said there are around 8,000 Filipinos visiting as tourists in South Korea.

As of this posting, Inquirer could not get a definite number of Filipinos living in North Korea although, the Stock Estimate of the Commission on Filipinos Overseas said there were around seven Filipinos in the country in 2013.

“Life goes on as normal in South Korea and the actions of the North have barely affected the day-to-day life of Filipinos here… While recent developments in the peninsula have invited more attention internationally, the perception of fear or risk remains unchanged for the people who live here. It is business as usual,” he added.

The ambassador, however, noted they received and felt backlash from China with South Korea’s decision to deploy the US Terminal High-Altitude Area Defense (THAAD) missile system used to intercept ballistic missiles of any altitude.

This was made evident through a decline in the number of Chinese tourists visiting the country, he said.

In a meeting with Inquirer and reporters from Southeast Asia months ago, Narushige Michishita, director of the National Graduate Institute for Policy Studies in Tokyo, predicted that as long as US applies pressure, North Korea will further its nuclear and missile capabilities.

Michishita said the bases of US in Japan and Japan’s support of US have a crucial role in defending South Korea.

Japan, however, cannot fully support South Korea as it is undermined by North Korea’s missile threats to Japan. The missiles reportedly could reach Japan in 10 minutes.

(But) Hernandez said the Korean government, a US ally, is prepared as it has instituted safety procedures and a contingency plan to be implemented by local defense forces or police in case of an attack from North Korea.

Hernandez cited South Korea’s 25,000 emergency evacuation facilities, where 3,919 are located in Seoul. The facility, which are largely tunnels, subway stations, and basements of buildings, can be reached in five minutes and can accommodate more than 20 million people, he added.

Similar to Japan’s application, the Koreans also has an English-language version of its “Emergency Ready” app, downloadable through Google Play or Apple Store for smartphones and tablets using “Emergency Ready App” as a search phrase.