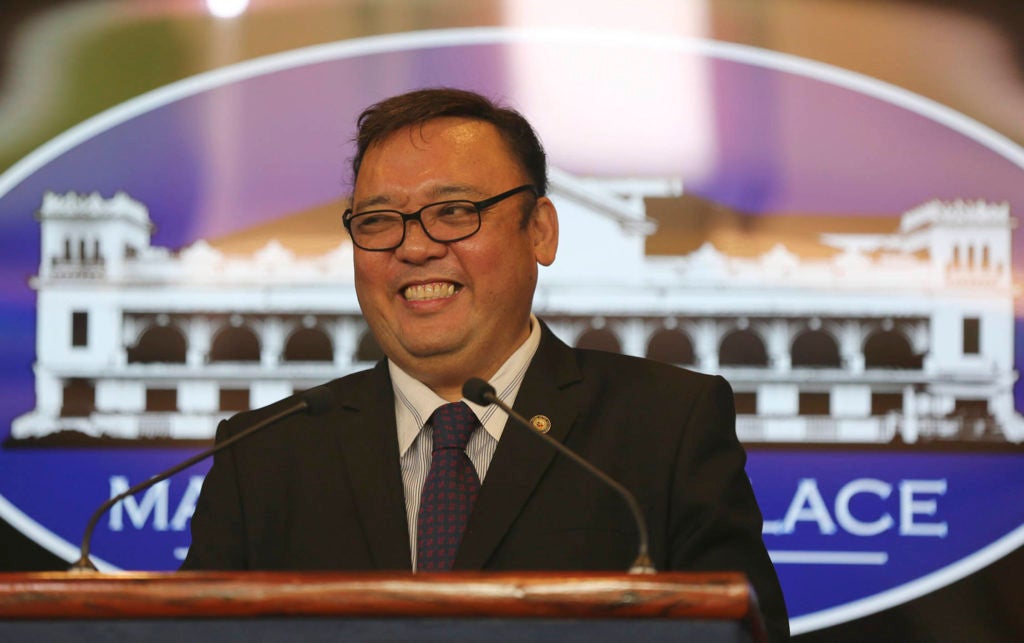 Malacañang on Thursday said it was not offended after US President Donald Trump mistakenly called President Duterte “President Duarte” in a speech at the White House.

Presidential spokesperson Harry Roque said the incident showed that Mr. Duterte and  Trump shared another trait: They sometimes err when it comes to the names of people.

“No slight taken, you know. I think that’s another commonality between the two Presidents. They’ve made mistakes in names,” Roque said in Thursday’s press briefing.

Observers have noted the similarities between the two leaders, including their bluster and controversial statements on human rights and the rule of law.

On Thursday, Trump spoke at the White House about his recent trip to Asia, including his visit to the Philippines, where he attended the Association of Southeast Asian Nations (Asean)   Summit in Manila.

But in his speech, he called Mr. Duterte President Duarte.

“President Duarte of the Philippines thanked the American people and our Armed Forces for supporting the recent liberation of Marawi from Isis (Islamic State),” Trump said.

“We pledged to strengthen and deepen our longstanding alliance,” he added.

The Philippines has had no President surnamed Duarte but El Salvador had Jose Napoleon Duarte as leader in the early 1980s.

Duarte headed a civilian-military junta in El Salvador from 1980 to 1982 that was linked to death squads.

Mr. Duterte, who was linked to death squads when he was  mayor of Davao City,  has been criticized for alleged extrajudicial killings in his administration’s war on drugs.

Roque also said that it was perfectly legal for Mr. Duterte to promise comfort for Russian nationals facing drug cases in the Philippines.

The President, in a meeting with Russian Prime Minister Dmitry Medvedev on Monday, said he would have the Russian drug suspects detained in a “comfortable house” and vowed that they would get a fair trial.

This came amid allegations that Mr. Duterte has encouraged state forces to kill drug suspects, a claim he disputed by saying that he only told police to fight back if they met violent resistance in the course of their operations.

Roque rejected the criticism of the Commission on Human Rights (CHR) that Mr. Duterte was giving the Russian nationals special treatment.

He said the President made the statement as chief architect of the country’s foreign policy.

“For me, that is within the power of the President, that is legal, and there is no basis to the observation that this is special treatment. This is a statement made to forge a closer relationship with Russia,” he said in a radio interview.

The decision is within the President’s power, he added.

Roque pointed out that Sen. Leila de Lima, one of the President’s most vocal critics facing drug charges, was detained in a cell at the Philippine National Police’s Custodial Center all by herself instead of being held in a regular jail cell with other inmates.

American soldier Joseph Pemberton, convicted of murder in the Philippines, also has his own detention cell in Camp Aguinaldo, he noted.

Roque said there were reasons for these, as people being tried for cases were facing different circumstances.

If the CHR would insist  on regular jail cells for the Russian nationals, its position must also be applicable to De Lima, he said.

Mr. Duterte has been seeking closer ties with Russia, which he thanked for providing arms and other military equipment to the Philippines.