After being quizzed about the garbage that a Canadian company dumped in the Philippines, Canadian Prime Minister Justin Trudeau gamely posed for selfies with the Filipino crowd on Tuesday at the sidelines of the Association of Southeast Asian Nations (Asean) Summit.

Trudeau, after conducting a press briefing in the International Media Center at the World Trade Center in Pasay City, readily posed for selfies and photographs with the audience, mostly part of the Asean organizing committee.

The prime minister answered questions from local and international press in the 40-minute press conference, which was attended by some government officials including Communications Secretary Martin Andanar and Public Works Undersecretary Karen Jimeno. He was questioned about the Canadian government’s efforts to return the tons of garbage dumped in the Philippines in 2013, which still remain in the country’s ports. 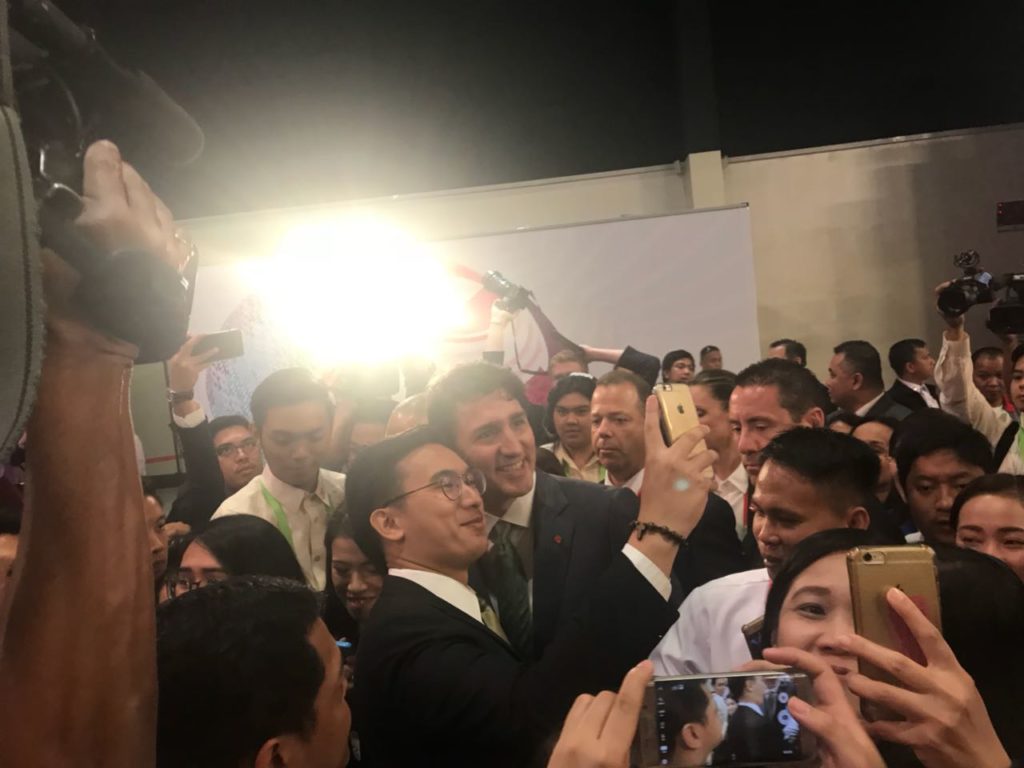 Canadian Prime Minister Justin Trudeau poses for selfies with the crowd at the sidelines of the Asean summit. JHOANNA BALLARAN/INQUIRER.net

He was also asked about the issue of extrajudicial killings in the Philippines, and whether it was raised during his bilateral meeting with President Rodrigo Duterte.

Trudeau said he was “happy to be back” in the country. 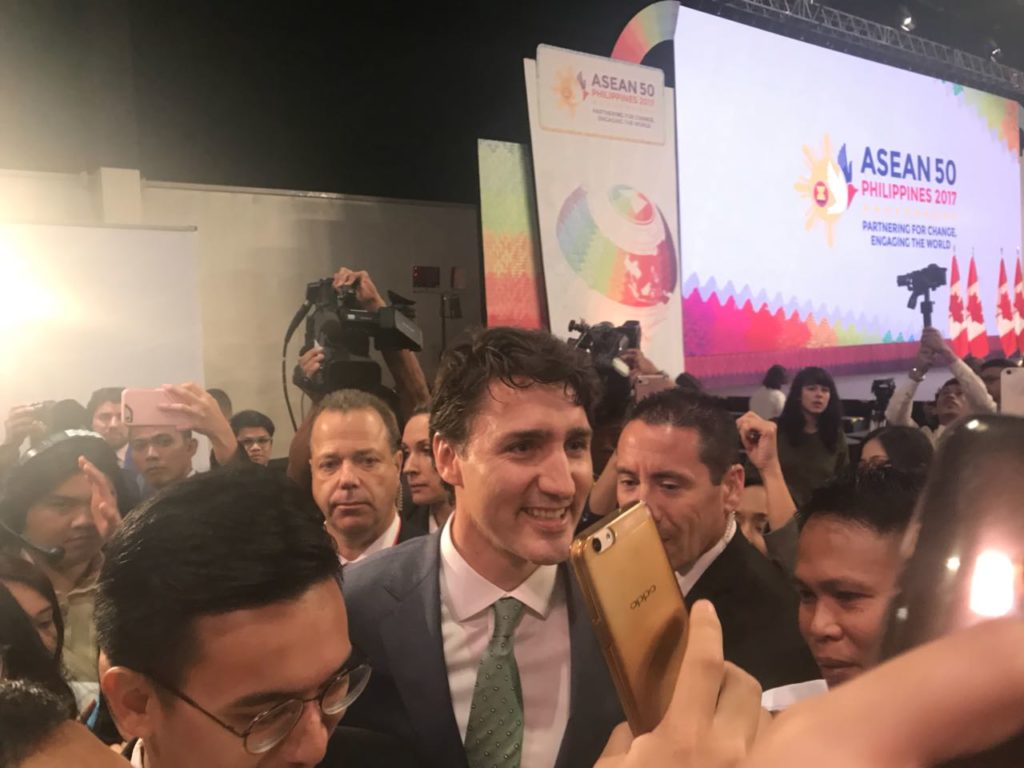 The prime minister arrived at Clark International Airport on Sunday, where he was received with a “pop star” welcome, greeting the group of dancing kids welcoming him at the airport.

He then went straight to a Jollibee branch in North Harbor in Manila, where he got a taste of the iconic Chickenjoy and strawberry float.

He also went to Makati City to ride an electric jeepney designed by Filipino-Canadian inventors.

Trudeau is in Manila to attend the three-day 31st Asean Summit and Related Summits. /je 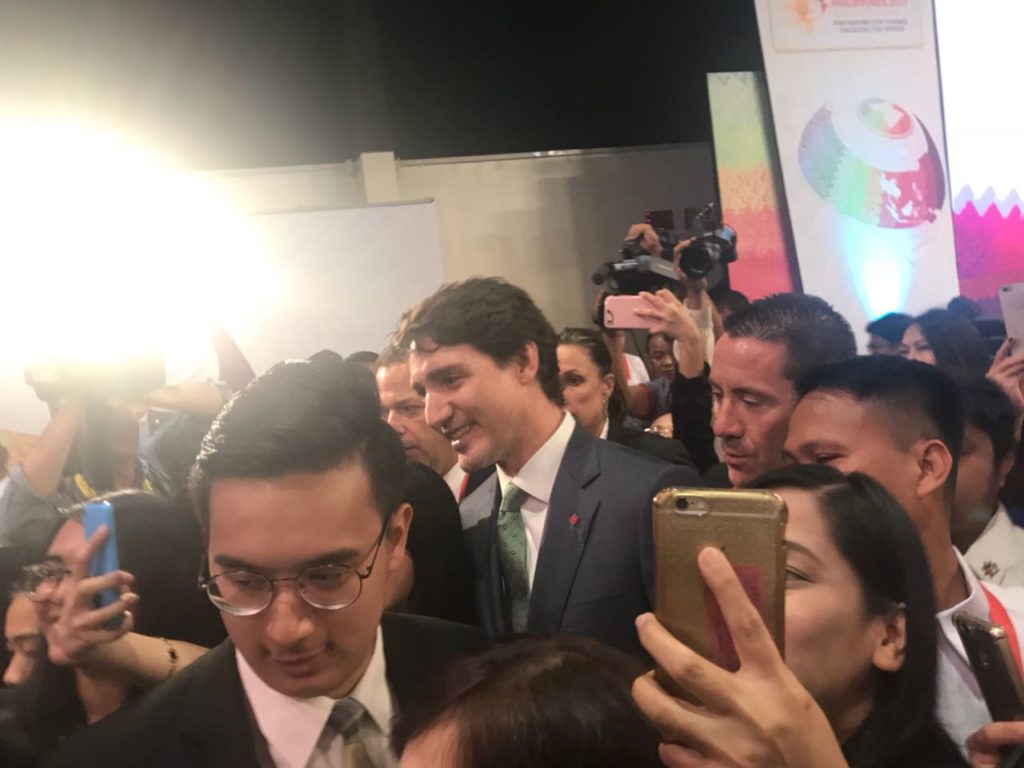