Why is Duterte so friendly with Trump? They both hate Obama 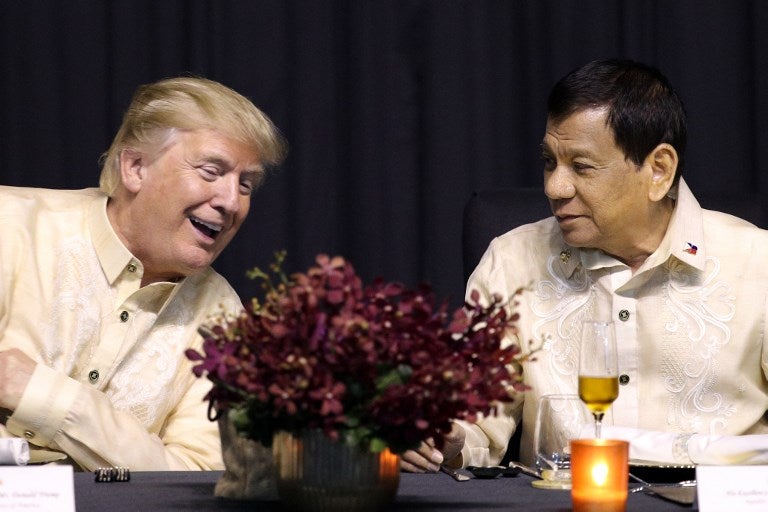 President Rodrigo Duterte and United States President Donald Trump have one thing in common: they both dislike former US president Barack Obama.

Presidential Spokesperson Harry Roque had this to say after Duterte and Trump held a bilateral meeting on Monday afternoon.

“It’s very apparent that both of them have a person who they consider not their best friend. They have similar feelings towards former US President Barack Obama,” Roque said in a briefing at the International Media Center at the World Trade Center in Pasay City.

Duterte had repeatedly slammed Obama for interfering in the country’s domestic affairs. He even called Obama a “son of a bitch.”

Trump, meanwhile, has undone some of the policies that were instituted by Obama.

Roque said there would be a “marked difference” in the Philippine-US diplomatic relations under Duterte and Trump administrations.

“[Duterte] did acknowledge that there were sour points in the relationship and the sour points were the statements made by the former President Obama on the administration of President Duterte,” he said.

Duterte, known for his verbal attacks against the US, has since softened his stance against the Washington as he seemed to have found a kindred soul in Trump.