Dozens hurt in clash between cops, protesters during anti-Trump rally 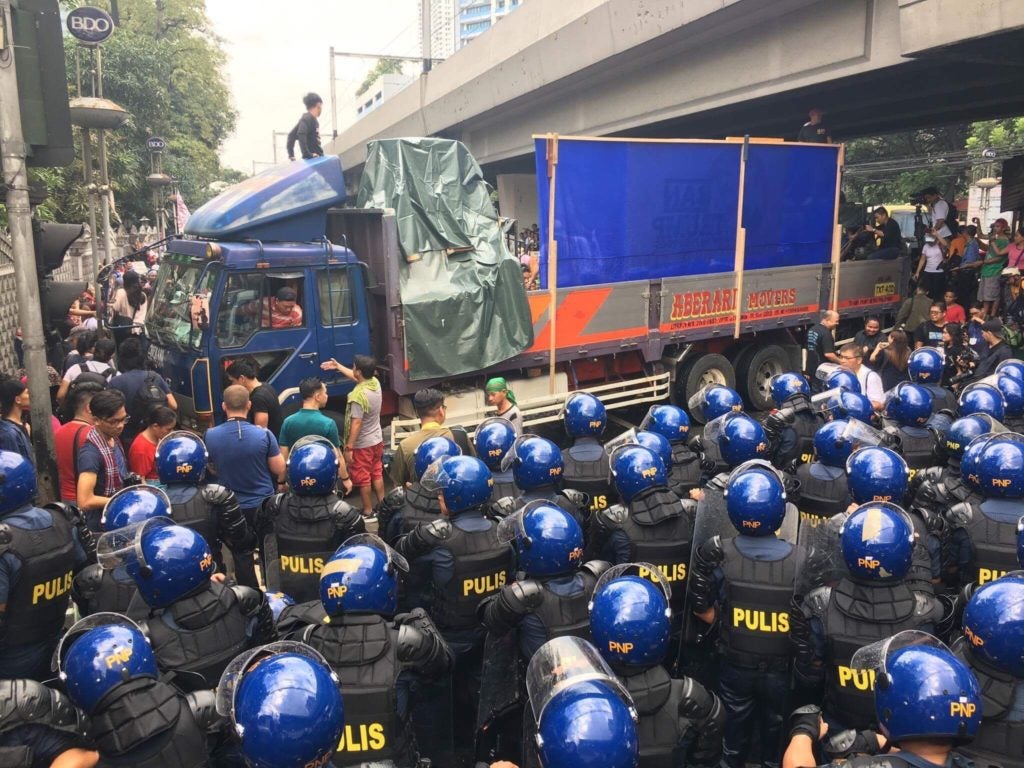 At least six policemen and 20 protesters were hurt when anti-riot forces and militant groups clashed Monday morning in a Manila rally against United States President Donald Trump, who is currently in the Philippines for the 31st Association Southeast Asian (Asean) Summit.

The confrontation occurred after demonstrators attempted to breach the police barricade set on Padre Faura street corner of Taft Avenue. Firemen behind the police flank hosed down protesters to disperse and prevent them from further inching forward.

The rallyists eventually settled down in front of the Supreme Court, where they continued criticizing Trump and President Rodrigo Duterte, who they claimed, was a lackey of the US.

Metro Manila police chief director Oscar Albayalde called the protesters “violent.” The police general said maximum tolerance would be implemented but the protesters would never be allowed to get closer to the Philippine International Convention Center (PICC) in Pasay City where most of the Asean events would be held.

Albayalde said militants could air their grievances in freedom parks. But roads close to the venues where world leaders are currently convening for the Asean conference are strictly off limits.

Protesters said Monday’s assembly is their “biggest rally” yet against Trump. Based on Albayalde’s estimate, the demonstrators, who also burned an effigy of Trump during their protest action, have about 1, 000 participants.  /kga