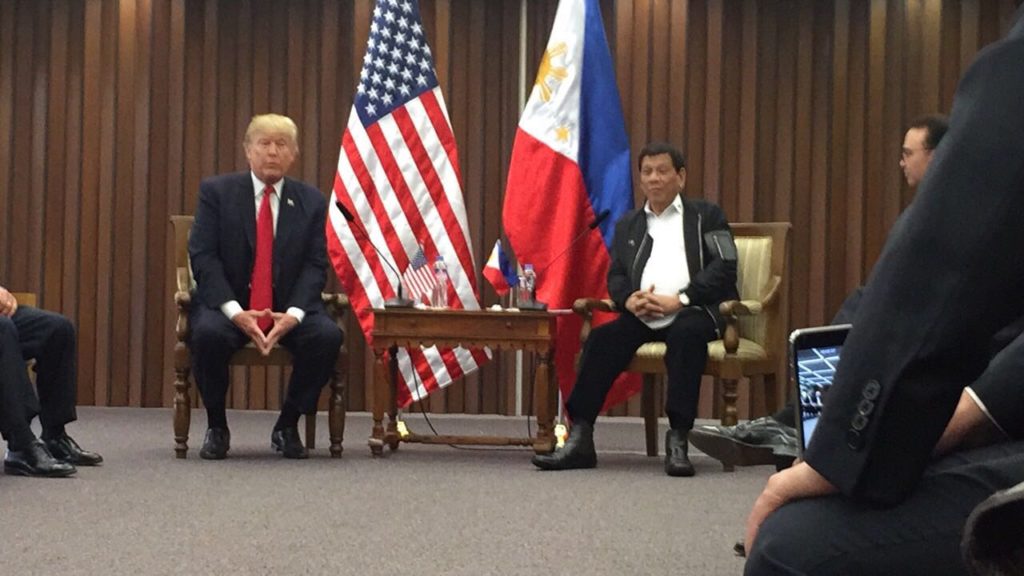 This was the second meeting of Duterte and Trump after their brief meeting at the Asia-Pacific Economic Cooperation (Apec) Summit in Vietnam on November 11.

Trump praised Duterte’s hosting of the Asean summit, which he said has been “handled beautifully.”

“We very much appreciate the great treatment that you have given. I thought last night’s event was fantastic, tremendous talent,” he said, adding that he and other leaders had a “tremendous time” during the gala dinner on Sunday night. 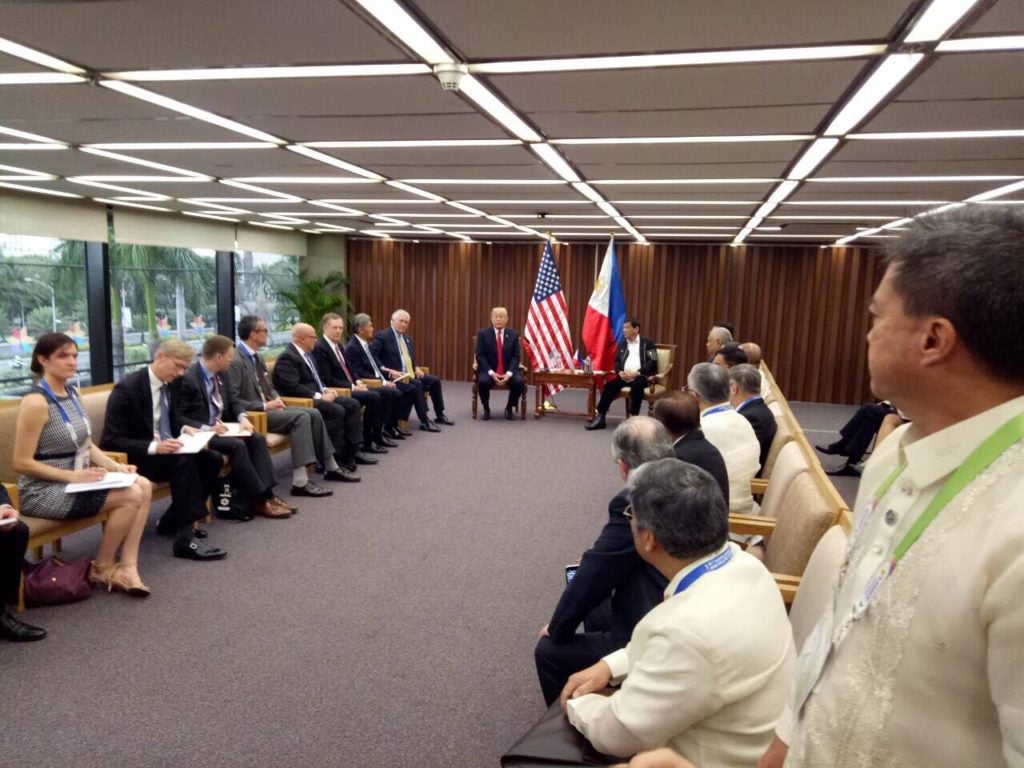 Presidential Spokesperson Harry Roque said Duterte and Trump had a “frank” discussion during the meeting.

Roque said the Philippines could always count on the US.

“President Trump specifically said that he has always been a friend of the Duterte administration unlike the previous administrations of the United States,” he said.

“But he stressed that he can be counted upon as a friend of the Duterte administration,” he added.

Duterte, Roque said, “also thanked the Americans on the assistance they extended, particularly on the area of communication, during the Marawi conflict.”

He said the meeting between the two leaders lasted for about 40 minutes.  /je