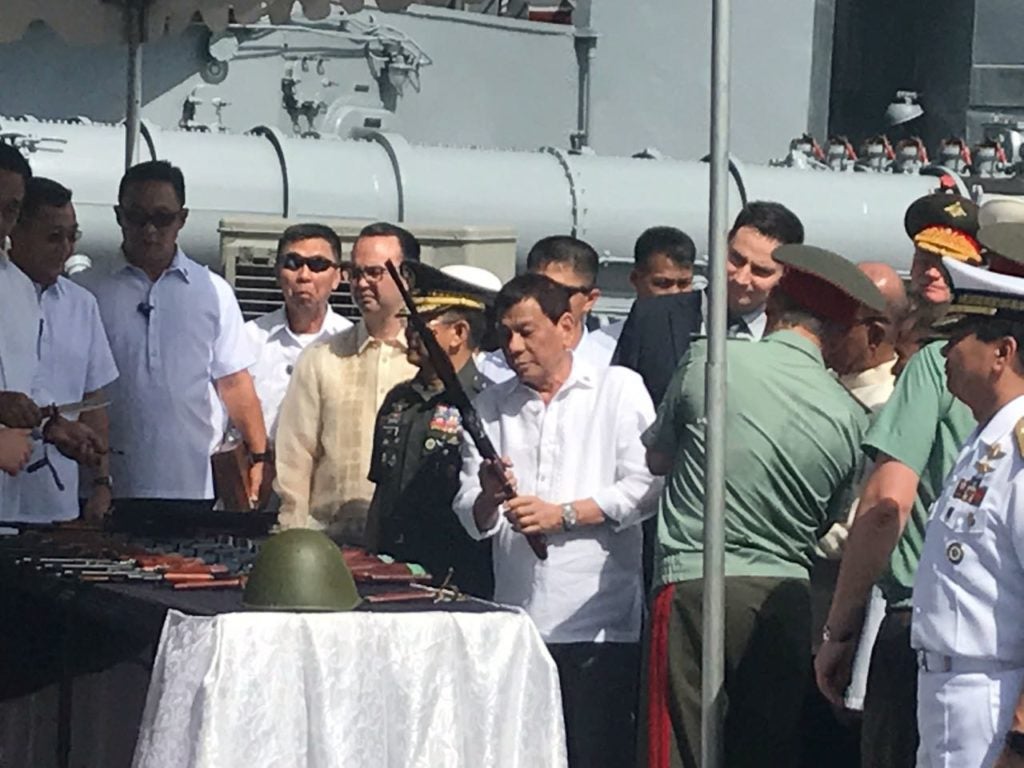 President Rodrigo Duterte on Wednesday received thousands of assault rifles, 20 military trucks, bullets and helmets donated by the Russian government to the Philippines, which would be used in the country’s fight against terrorism.

Duterte, together with Defense Secretary Delfin Lorenzana, toured the Russian anti-submarine ship Pantaleev docked at the port of Manila. The President witnessed the signing of certificate of turnover of military equipment to the Armed Forces of the Philippines (AFP). 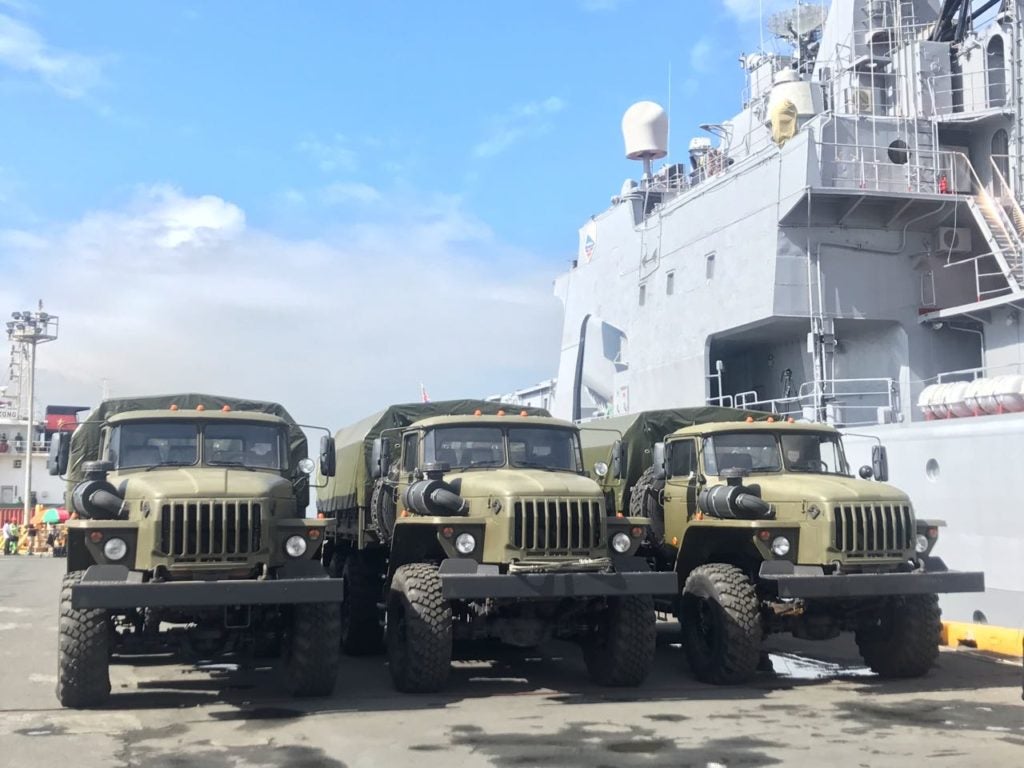 Multipurpose trucks donated by Russia to the Philippines are parked on the dock prior to the turnover to President Rodrigo Duterte Wednesday morning, Oct. 25, 2017. NESTOR CORRALES

Duterte’s visit to the Russian warship came a day after the Philippines and Russia signed a military-technical cooperation agreement that would allow them to conduct joint research, production support, and the possibility of exchange of experts and training of personnel.

Lorenza earlier said the equipment was given the Philippines “at no cost.”

Duterte has been courting Russia to cement improved relations as he veered away from the Philippines’ decades-long alliance with the United States, which he accuses of hypocrisy and bullying over its criticism of his brutal war on drugs. 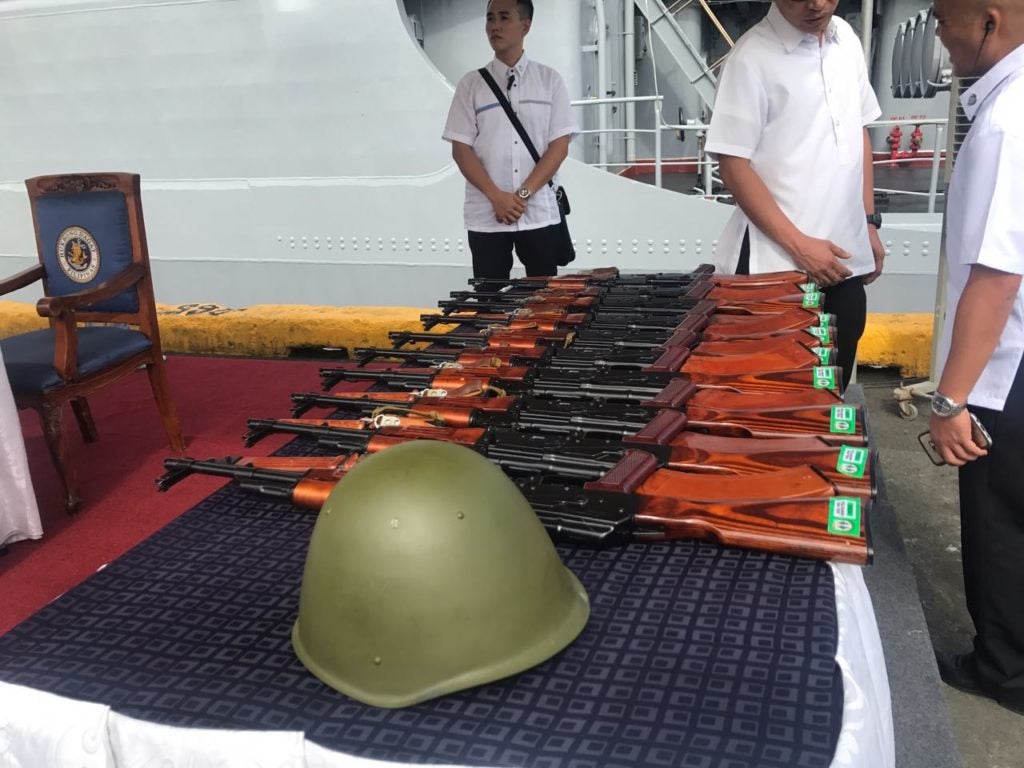 Russian AK-74M assault rifles are arranged on a table prior to the formal turnover to President Rodrigo Duterte of the Russian military donation on Wednesday morning, Oct. 25, 2017. INQUIRER.NET / NESTOR CORRALES

In May, Duterte embarked on an official visit to Russia to meet his hero President Vladimir Putin but had to cut short his trip after clashes erupted between government troops and Islamic State-inspired Maute Group in Marawi City. This prompted the chief executive to declare martial law in Mindanao. /cbb