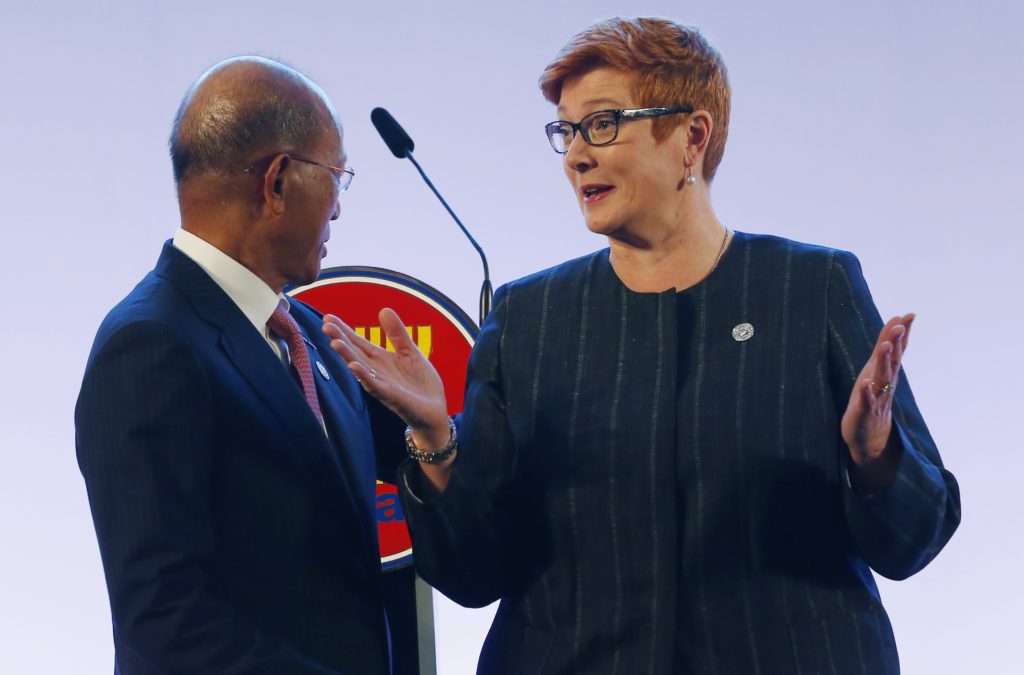 CLARK FREEPORT — The Australian defense chief on Tuesday said her country would deploy forces to train Filipino troops in urban warfare following a disastrous siege by pro-Islamic State (IS) militants on Marawi City.

Philippine troops accustomed to battling insurgents in jungle terrain struggled for months to rout the hundreds of militants who took cover in buildings and houses in Marawi. Officials finally declared on Monday that the insurrection had been crushed.

Defense Secretary Delfin Lorenzana thanked Australia and said the Philippines planned to build its own training centers for Filipino forces.

Australia has a status of forces agreement that allows its forces to train in the Philippines, which had also signed a similar pact with treaty ally, the United States.

Payne and Lorenzana spoke at a news conference after holding a bilateral meeting on the sidelines of the two-day Defense Ministers’ Meeting of the Association of Southeast Asian Nations and its Dialogue Partners at Clark, Pampanga province.

Battling terrorism was high on the agenda of the defense ministers’ meeting.

The Armed Forces of the Philippines chief of staff, Gen. Eduardo Año, said it took a few weeks for Filipino troops to adjust and shift their tactics during the fighting in the mosque-studded city.

Hundreds of Marines got stuck up in a beach at one time, for example, and only managed to take positions inland after a battalion of combat engineers was organized to clear huge mounds of debris.

“It’s very different because the terrorists were exploiting the use of solid structures, basements and they’re able to maximize the use of snipers, improvised explosive devices, bombs and then they used civilians as human shields,” Año told The Associated Press (AP) in an interview.

“We will come up with a new doctrine on how to fight in urban warfare,” he added.

Canberra has been aiding Manila against IS-inspired terrorists in Marawi since September, deploying two AP-3C Orion aircraft for surveillance while helping in information-gathering and analysis.

Australia has experience tackling IS forces in Iraq and Syria, and Payne said it was crucial the Philippines had the knowhow to keep extremists at bay now that the key fight had been won.

“The practical training the Australian Defense Force will provide will ensure the Philippines defense force is better able to counter the brutal tactics being employed by terrorists,” she said.

Payne said the spread of IS-inspired terrorism was a direct threat to Australia and its interests, and Canberra was determined it “cannot establish a geographic foothold in the region.”

More than 1,100 combatants and civilians perished in the Marawi fighting, including at least 920 militants and 165 soldiers and policemen, in the worst urban fighting in the Philippines in recent memory, Año said. —Reports from AFP and AP