Lorenzana apologizes to China for using Taiwanese logo in event 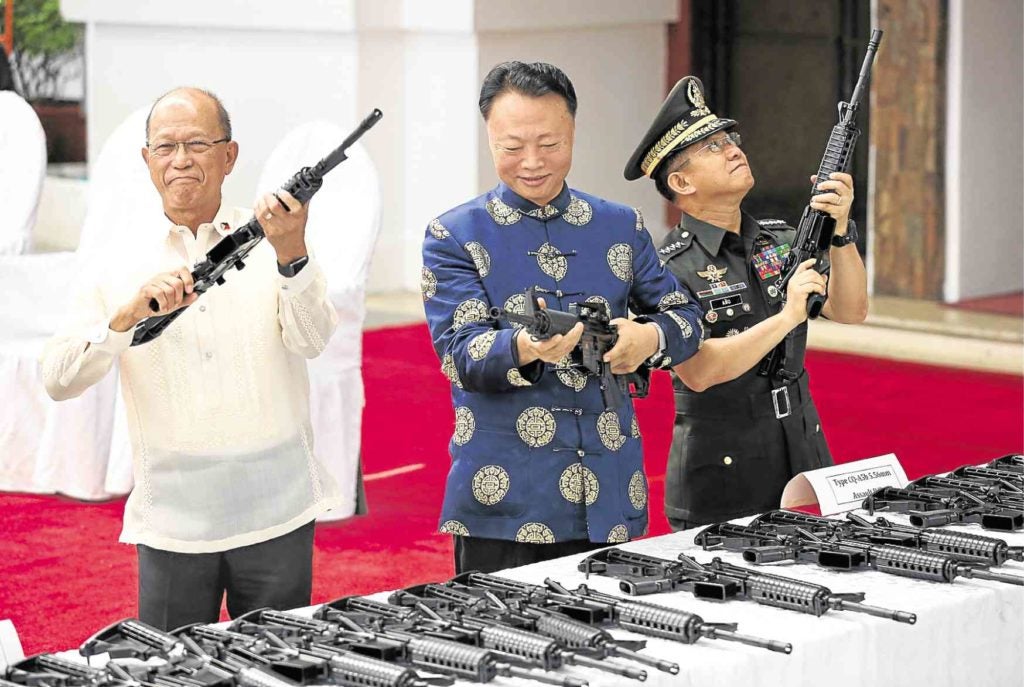 The Department of National Defense (DND) led by Secretary Delfin Lorenzana said on Monday that it had apologized to Beijing for erroneously using a logo from the Taiwan ministry of defense during the turnover of rifles and bullets from China last week.

Andolong said the Chinese Embassy “politely called the attention” of the DND for the error after the pictures of the event came out. At that time, the DND staff had also discovered the mistake.

He said the “grievous mistake” was “purely unintentional.”

At the event, China donated 3,000 M4 assault rifles, 3 million rounds of ammunition and 90 sniper scopes to the Philippines as a gesture of friendship between the two countries. It was the second shipment of military assistance to the Philippines under President Rodrigo Duterte.

“We are fully cognizant and grateful for the support that the government of the People’s Republic of China … and we reiterate that the DND and the AFP strictly adhere to the ‘One China Policy’ as espoused by the Philippine government,” Andolong said.

Beijing considers Taiwan as a part of China.

He added that it was their “sincere hope” that the incident “will not affect the cooperative and friendly relations between our two countries which has grown warmer over the past year.” /cbb