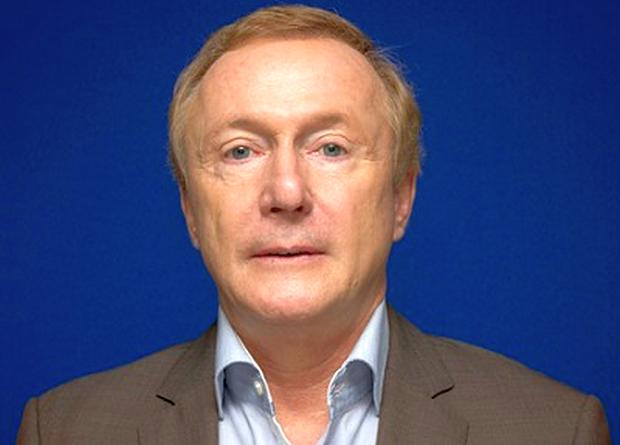 Guenter Taus, ECCP president, says the Philippines would be at a better advantage to pursue a bilateral trade agreement with the European Union rather than a region-to-region deal under the Asean. (Photo from the ECCP website)

The European Chamber of Commerce of the Philippines (ECCP) thinks the Philippines would be better off prioritizing a bilateral negotiation with the European Union (EU) for a free trade agreement (FTA) as opposed to adjusting to the demands of other countries under a proposed region-to-region trade deal.

Guenter Taus, ECCP president, said the Philippines would be at a better advantage.

“[It’s better] because you are directly in control with the conditions you agree to,” Taus told reporters. “If you do a bilateral agreement, you basically are much more in control of the general framework than if you do a multilateral where you have to agree with what the majority agrees.”

He said this on the sidelines of a press briefing on Wednesday, announcing the upcoming EU-Philippines Business Summit on Oct. 17. the biggest European business event of the year with over 350 delegates from Europe and Asia expected to attend.

The Philippines is in the process of negotiating a bilateral FTA with the EU. The second round of negotiations wrapped up earlier this year, and the schedule for the third round is yet to be set as authorities prepare for the region-to-region trade deal.

This comes as a working group representing the Association of Southeast Asian Nations (Asean) and the European Union (EU) are meeting in the Philippines this week in order to explore the possibility of reviving the EU-Asean FTA, according to EU envoy Franz Jessen.

In 2009, negotiations on an EU-Asean FTA were suspended to make way for bilateral talks between EU and individual Asean member-states. This strategy has led to the conclusion of two bilateral FTAs so far, particularly with Singapore and Vietnam.

Meanwhile, Thailand, Indonesia, Malaysia, and the Philippines are still in the middle of FTA discussions.

However, in March, top officials announced in a forum that they would go back to the drawing board in a bid to revive the region-to-region deal amid a rising tide of global protectionism.

For his part, Jessen said in a press briefing on Wednesday that the EU had a “preference for a region-to-region deal by nature.” But he hinted that there might also be a strong argument to keep pursuing a bilateral trade deal between EU and the Philippines.

“At the end of the day, it’s for the Philippine government to decide,” Jensen said. “But if you look at the trade flows, there would be sort of a tendency to look at where are we have the the strongest trade growth, where we could have the strongest potential for trade growth by  getting a better set of rules to cover trade.”

“Objectively speaking, there are many comparative advantages between the Philippines and the EU that argue in favor of having a very ambitious FTA between the two of us,” he added.

This puts EU as one of the top trading partners of the Philippines, sustaining its important economic partnership with the country.

The Asean Economic Community is also one of EU’s top trading partners.

‘I don’t crave for anything more’: Cayetano thanks colleagues for ‘overwhelming’ support