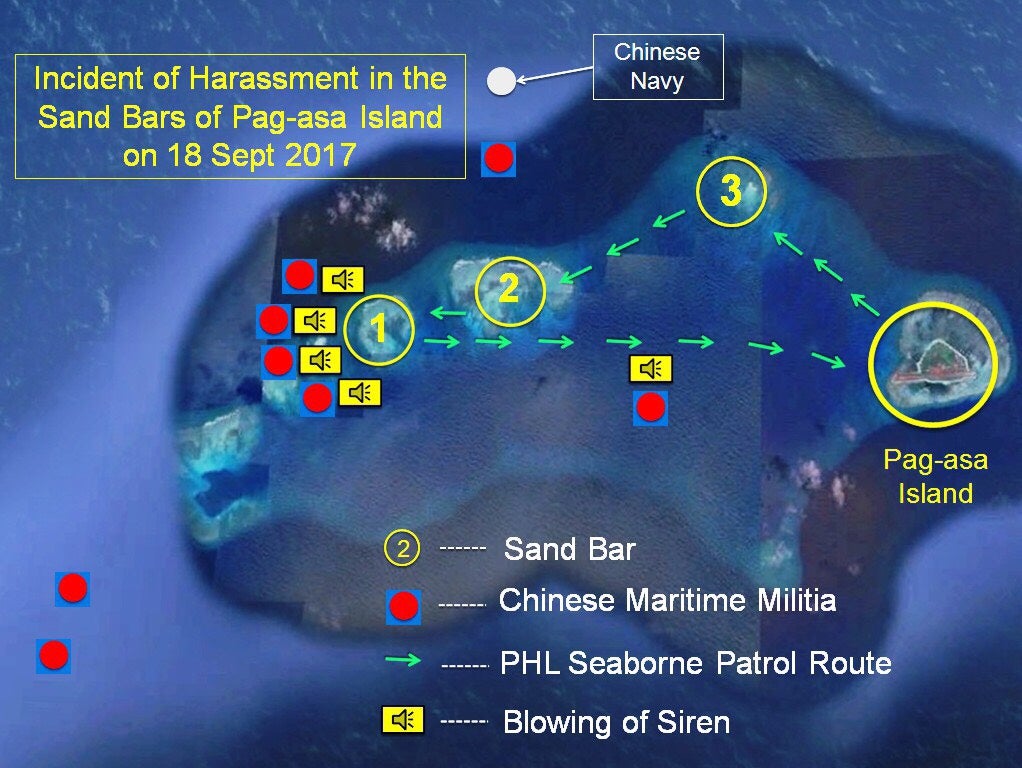 Citing an unidentified source, Alejano said four Chinese vessels drove away the Philippine patrol using sirens and seemed to have been “stationed permanently” at the vicinity of Pag-asa Island to claim the sandbars much closer to Philippine-administered areas.

Initially, he said there was no untoward incident when the Philippine vessel reached sandbar 3, which is only two nautical miles off the island.

Two NM south, however, the Chinese militia sounded its siren to warn the Philippine vessel from approaching sandbar 2, which is located 3.7 NM away from Pag-asa. Another militia was also positioned just over one NM north of sandbar 2.

The Philippine vessel, Alejano said, then proceeded to sandbar 1, which is 4.7 NM west of Pag-asa. It was there when four Chinese maritime militias supposedly closed in up to half a mile while sounding their sirens simultaneously.

“It was a deliberate but aggressive action undertaken by Chinese maritime militia to ward off or limit any Philippine vessel from coming near to sand bars 1 and 2,” Alejano said. 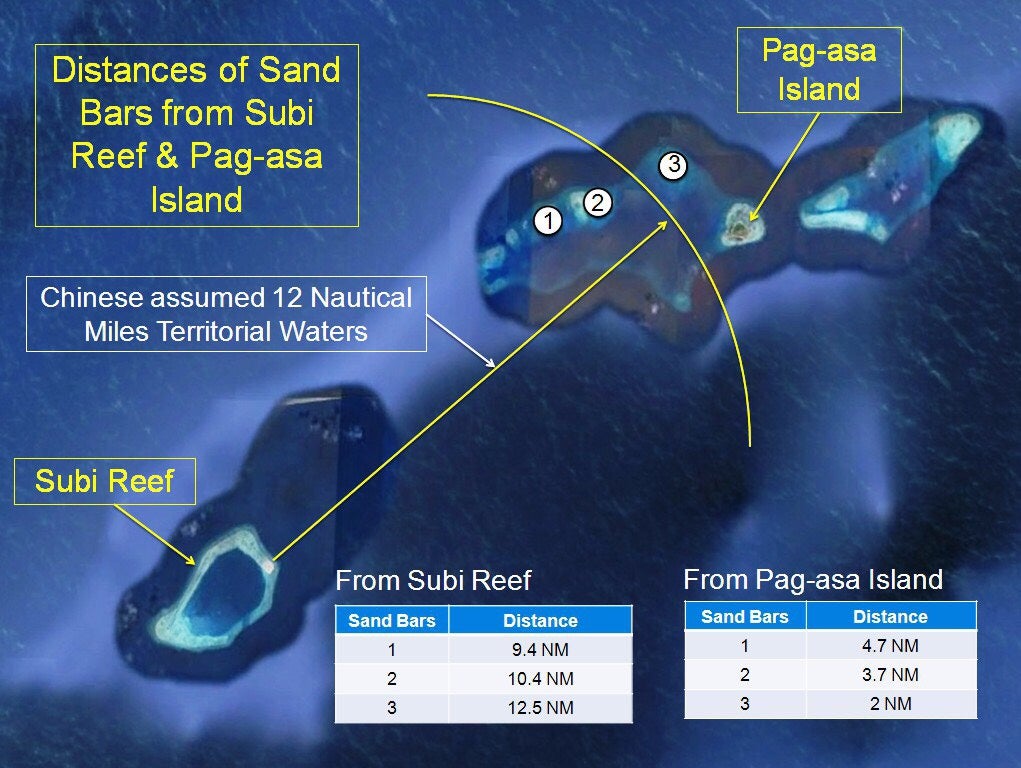 The opposition lawmaker said it was “a new tactic in pressuring or harassing Philippine vessels patrolling the sand bars.”

For him, it also indicated China’s intention to “claim these sand bars as part of the territorial waters of Subi Reef that they have reclaimed.”

Sand bars 1 and 2 are 9.4 NM and 10.4 NM respectively from Subi Reef and well within its assumed 12-NM territorial waters, although Alejano noted that according to the Permanent Court of Arbitration’s July 12, 2016 ruling, the reef was considered a low-tide elevation that cannot generate 12-NM territorial waters nor a 200-NM Exclusive Economic Zone (EEZ).

On the other hand, Pag-asa is a high-tide elevation and the second largest island in the Spratlys Group of Islands, entitling it to territorial waters and an EEZ around it.

Alejano said that since the patrols were meant to protect the rights of the country, “it would be disheartening for them to hear from high government officials that we cannot defend ourselves from any external aggression.”

“While the country is talking with China, we should not let our guards down. We should be vigilant in guarding our territories and protecting our rights in West Philippine Sea,” Alejano said.