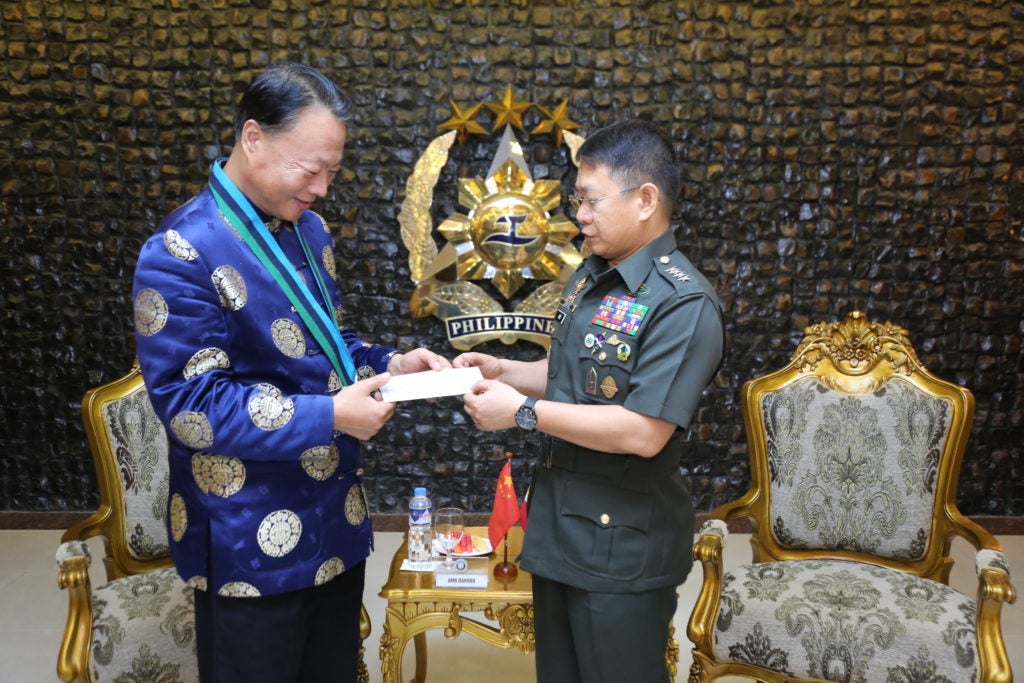 Chinese Ambassador to the Philippines Zhao Jianhua turned over the donation to Armed Forces of the Philippines chief of staff Gen. Eduardo Año on Tuesday at Camp Aguinaldo, the AFP said in a news release.

Ambassador Zhao said another donation worth P15 million will be given before the year ends for the rehabilitation of Marawi, particularly in the delivery of engineering equipment.

Año, meanwhile, expressed his gratitude to the Chinese government.

“The amount will go a long way as it has already been deposited yesterday after the hand over to the AFP Chief General Eduardo Año and now form part of the running tally of around P38.1M donations for the soldiers killed or wounded in Marawi,” said AFP public affairs chief Col. Edgard Arevalo.

Last June, China donated thousands of firearms and ammunition worth P370 million to the Philippine government to help its battle against the ISIS-linked Maute group.

The Chinese government also earlier donated P5 million to the families of fallen soldiers in the Marawi conflict. je