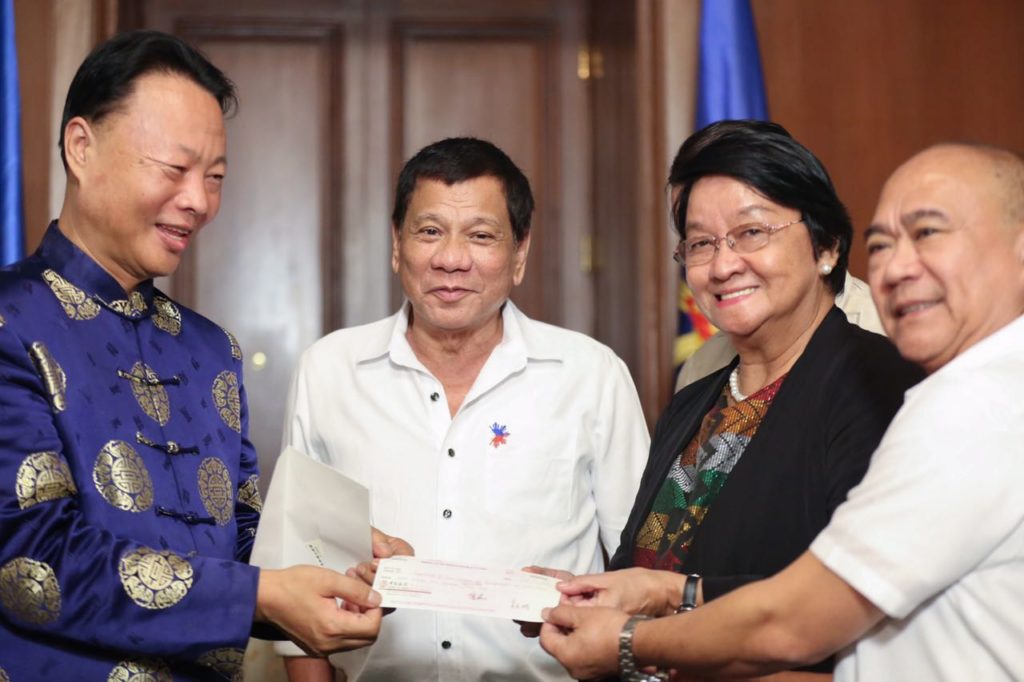 President Rodrigo Duterte poses for a photo with Chinese Ambassador to the Philippines Zhao Jianhua, during the turnover of the P15-million check donated by the Chinese government for the Marawi rehabilitation. MALACAÑANG PHOTO

The Chinese government on Tuesday donated P15 million for the relief operations and rehabilitation of strife-torn Marawi City, Malacañang said.

In a statement, the Palace said the donation “will significantly augment the resources of the Department of Health (DOH) and Department of Social Welfare and Development (DSWD)” for health and welfare operations in Marawi and other areas.

It said 264,000 displaced individuals had sought refuge in areas outside of Marawi City since the fighting in the Islamic City broke out on May 23.

“The said donation from China to the Philippines is an example of the flourishing partnership between the two countries and their shared commitment towards sustainable peace in the region,” the statement said. 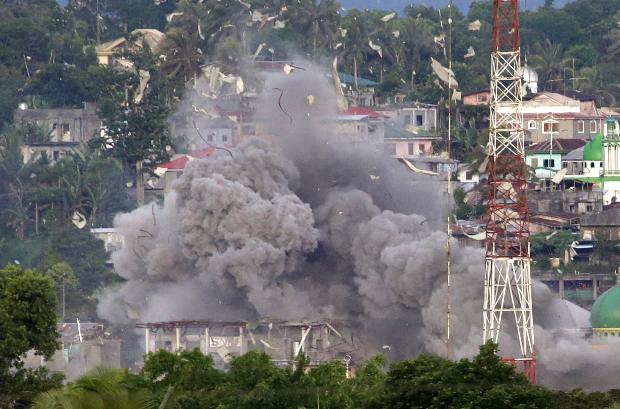 In this photo, taken on Friday, June 9, 2017, debris and smoke rises after a Philippine Air Force fighter jets bombed suspected locations of Muslim militants, in Marawi City, southern Philippines. Southeast Asia’s jihadis who fought for the Islamic State in Iraq and Syria now have a different battle closer to home in southern Philippines. It’s a scenario raising significant alarm in Washington. The recent assault by IS-aligned fighters on the Philippine city of Marawi has left almost 300 people dead, exposing the shortcomings of local security forces and the extremist group’s spreading reach. (Photo by AARON FAVILA / AP)