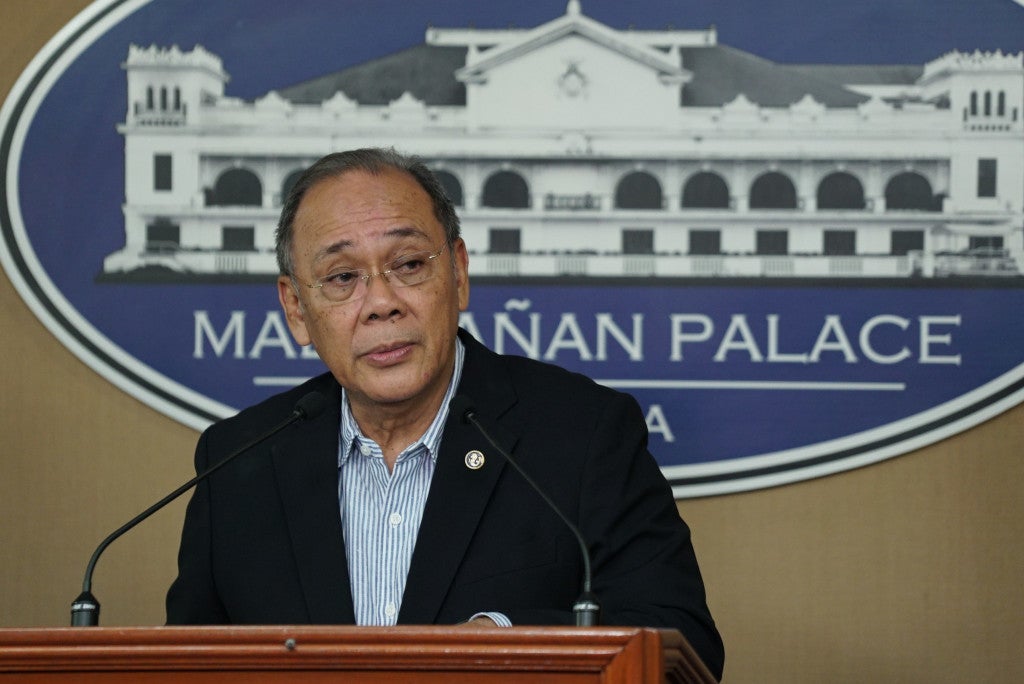 Malacañang clarified Wednesday that the Philippines and France share the same values of respect for human rights and due process amid President Rodrigo Duterte’s latest remark on French law.

Presidential Spokesperson Ernesto Abella made the statement after France rejected the claims of Duterte that people were guilty until proven innocent in its legal system.
READ: France tells Duterte: human rights important

“We have to point out that, as in the Philippines, the presumption of innocence until proven guilty is at the core of the French judicial system, based on the principles enshrined in the French Declaration of Human and Civic Rights of August 26, 1789,” the French embassy said.

In an ambush interview on Monday, Duterte cited the difference between the Philippines and France when in terms of presumption of innocence on suspects.

“They can detain a person almost indefinitely, under the French law. And the French law says you are guilty, and you have to prove your innocence. Here, the presumption is you are innocent,” Duterte said.

The President made the remarks as he slammed United Nations Rapporteur Agnes Callamard who is from France.

Callamard criticized Duterte’s brutal war on drugs and said the death of 17-year old Kian Loyd delos Santos must be the last.

Abella then clarified Duterte’s statement, saying the President meant that “countries are continuously working to refine their laws.

“The Philippines and France share the same values of respect for human rights, due process and accords primacy to the presumption of innocence,” he said.

“The President’s statements yesterday express the sentiment that while no judicial or legal system in the world is perfect, countries are continuously working to refine their laws and improve their respective national systems in order to ensure protection of human rights while maintaining peace and order within its territory,” he said. JPV