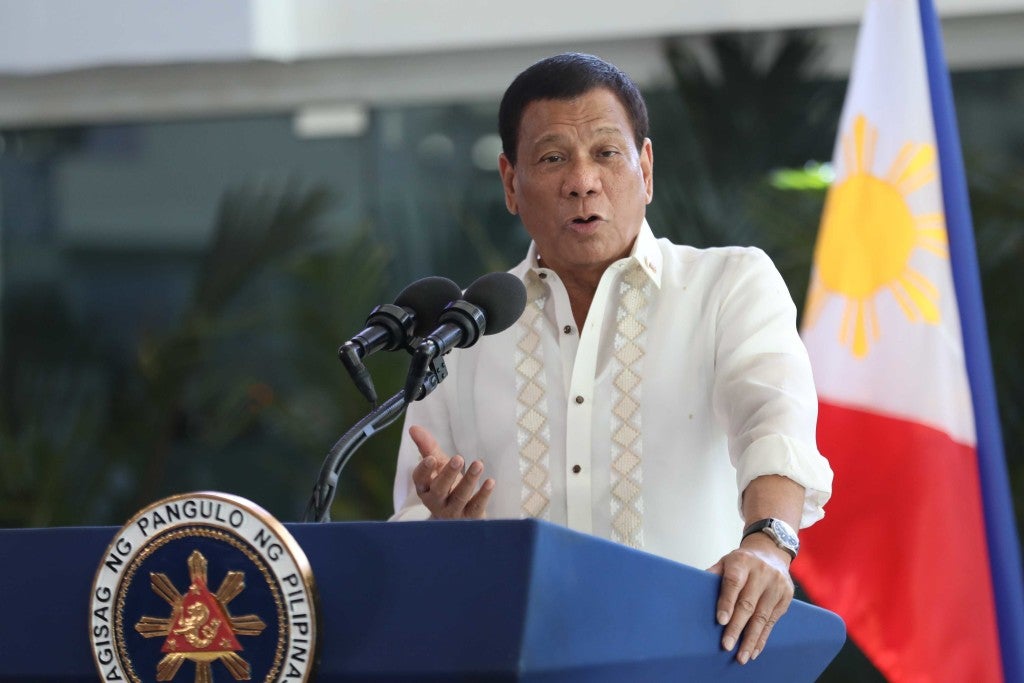 (Updated 3:04 p.m., Aug. 30) France on Wednesday rejected claims by Philippine President Rodrigo Duterte that people were guilty until proven innocent in its legal system, as it emphasized the importance of human rights and rule of law.

The statement released by the French embassy followed Duterte’s assessment of the judicial system in France on Monday as he defended his controversial war on drugs that has claimed thousands of lives.

“We have to point out that, as in the Philippines, the presumption of innocence until proven guilty is at the core of the French judicial system, based on the principles enshrined in the French Declaration of Human and Civic Rights of August 26, 1789,” the statement said.

“France strongly believes in the importance of the rule of law, due process and respect for human rights in all countries, including the Philippines.”

In Monday’s press conference, Duterte had reacted angrily to comments by the United Nations’ special rapporteur on extrajudicial killings, Agnes Callamard, about the alleged murder by police of a 17-year-old boy as part of the drug war.

On her Twitter account, Callamard condemned the killing as “murder” and called for an investigation, saying the boy’s death should be “the last.”

Duterte, who frequently uses coarse language particularly against critics of his drug war, lashed out at her personally.

Upon learning she was French, Duterte said people in France were presumed guilty unless proven innocent.

“Even in her own place, that happens. She’s an idiot,” Duterte said.

“In their place, they can detain a person almost indefinitely under the French law. And the French law says you are guilty and you have to prove your innocence. That’s how it works.”

Duterte, 72, easily won presidential elections last year after promising to wipe out drugs in the country by waging an unprecedented crackdown in which tens of thousands of people would die.

Since he came to office 14 months ago, police have reported killing about 3,500 people in anti-drug operations.

More than 2,000 other people have been killed in drug-related crimes and thousands more murdered in unexplained circumstances, according to police data.

The United Nations, the United States and the European Union have condemned alleged rights abuses in Duterte’s drug war, while rights groups have warned he may be orchestrating a crime against humanity.

Duterte said last year he would be “happy to slaughter” three million addicts to fix the drug problem. With a report from Anthony Q. Esguerra / INQUIRER.net