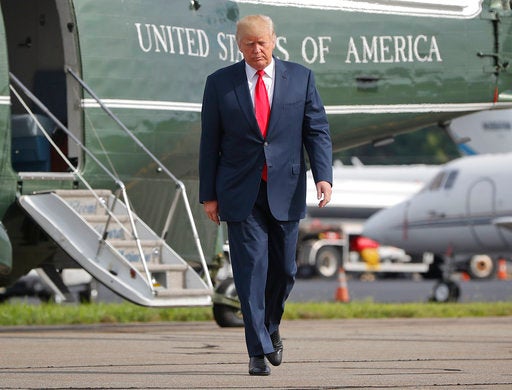 United States President Donald Trump plans to visit the Philippines in November to attend the Association of Southeast Asian Nations (Asean) meeting, the new Philippine ambassador to the United States confirmed on Wednesday.

During the Commission on Appointments (CA) hearing for his confirmation, new Philippine Ambassador to the U.S. Jose Manuel “Babe” Romualdez said that Trump plans to visit the country in the second week of November.

“I was informed by the (Philippine) embassy in Washington and the U.S. embassy here that President Trump is planning to be here sometime around the second week of November to attend the Asean meeting,” Romualdez told the CA committee on foreign affairs.

While there has been no mass deportation that has taken place under the Trump administration, Romualdez assured the members of the CA that the government is ready to assist Filipino illegal immigrants in the U.S.

“There has been no mass deportation that has taken place during the Trump administration,” Romualdez said.

“However, I think as the ambassador to the United States, we will try our best to try and help our Filipinos in the situation like this,” he added, referring to Filipinos staying illegally in the U.S.

There are about 300,000 Filipino illegal immigrants in the U.S., Romualdez said.

Read Next
LOOK: PH Navy receives radar system from US
EDITORS' PICK
Pagasa: Warm, sunny Sunday in most parts of PH
Is it safe to talk politics again at family gatherings? ‘The Reconciliation Dinner’ shows us what that’s like
House energy committee chair Arroyo bats for cheap electricity
EDITORIAL: To a bike-friendly future
The Best Tech Gifts For The 2022 Holidays
vivo’s coming to town to grant wishes with more holiday promos
MOST READ
LOOK: Vhong Navarro transferred to BJMP detention facility in Taguig
The Elephant Man in the Senate
Posh village as ‘shabu’ haven
LOOK: Zanjoe Marudo bonds with Ria Atayde, her family
Don't miss out on the latest news and information.