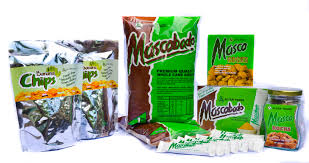 LONDON – As the European market for organic and natural food sees explosive growth, Philippine agribusinesses are benefitting from the increased demand.

The UK alone is a flourishing market for organic products, with an increase of 7.1% in total sales of organic products from the previous year in 2016, according to an Organic Market Report by Soil Association.

However, the European organic market overall continues to grow by double digits, year on year, having reached almost 30 billion euros in 2015 alone.

Earlier this April, as part of its linkage mission to secure more foreign markets for local produce, the Philippines participated at the Natural Organic Products Europe (NOPE 2017) held in London and secured over US$3 million (P160 million) in booked and negotiated sales.

NOPE is Europe’s largest trade show for health food, organic industries and natural products, with this year’s edition attracting around 700 exhibitors and over 10,000 attendees from 92 countries.

“It is in keeping with our commitment to help organic, artisanal, natural and indigenous food products enter the world market,” he added.

The participating SMEs were also given tours of supermarkets and distribution chains around London, giving them a wider view of the latest trends and requirements of the UK market. Aside from organic produce, premium marine and agricultural products such as tuna, mango and banana are other goods that Filipino manufacturers and exporters can supply.

In keeping with Europe’s rising interest in tropical produce, the key offerings this year were coconut-based, including oil, sugar, and jam; products which Bernadette Romulo-Puyat, DA’s Undersecretary for Administration, Agribusiness and Marketing and Regional Engagement (OUAAMRE), said “made up a significant chunk of the estimated US$3.5 million sales generated by Filipino exhibitors” in NOPE 2016.

During the 2017 exhibition, the eight participating SMEs generated a total of around US$3.21 million (roughly P160 million) in sales. Coconut products accounted for a whopping 97% of total sales, standing at just over US$3 million, while sales of non-coconut products amounted to US$96,035.11.

“Promotional events such as NOPE [provide] Filipino agribusiness firms with an opportunity to introduce and innovate on their existing products to capture the market, and to build linkages with their prospective buyers,” said Undersecretary Romulo-Puyat.

Pasciolco Agri Ventures, an agribusiness based in Quezon Province, is one successful example of a company that formalized a supply contract with Holland and Barret (a UK health food and supplement retail giant) during a market-matching activity organized by the Department and Philippine Embassy in London last year.

Currently, the UK has a total population of 65 million, nearly half a million of which are registered Filipinos (World Bank 2016).

“The Filipino has always been the primary market for such mainstream products [as those exhibited], but we are working to capture other non-Filipino segments as well,” said Philippine Agricultural Attaché to Europe, Jose Laquian Jr.