PH to raise at Asean summit China’s island-building if…

If proven true, the continued reclamation and militarization of China in the disputed waters in the South China Sea should be taken up in future discussions of the Association of Southeast Asian Nations (Asean), Malacañang said Friday.

The Washington-based Asia Maritime Transparency Initiative of the Center for Strategic and International Studies (AMTI-CSIS ) on Thursday released photos dated August 5, 2017, showing China’s continued reclamation on Tree Island and North Island in the Paracels, which are disputed by Vietnam and China.

Presidential Spokesperson Ernesto Abella said the photos released should “be vetted for accuracy if only to preserve the trust and confidence of all the disputants” in the disputed sea.

But if proven true, he said the issue could be brought up in future Asean meetings.

The Philippines is hosting the Asean Summit and related meetings in November in Manila.

“The continuing reclamation and militarization of disputed territories in these waters if the report and photos from a Washington-based think tank are accurate, this can be taken by the Asean in future discussions. So we defer to Asean,” he said. 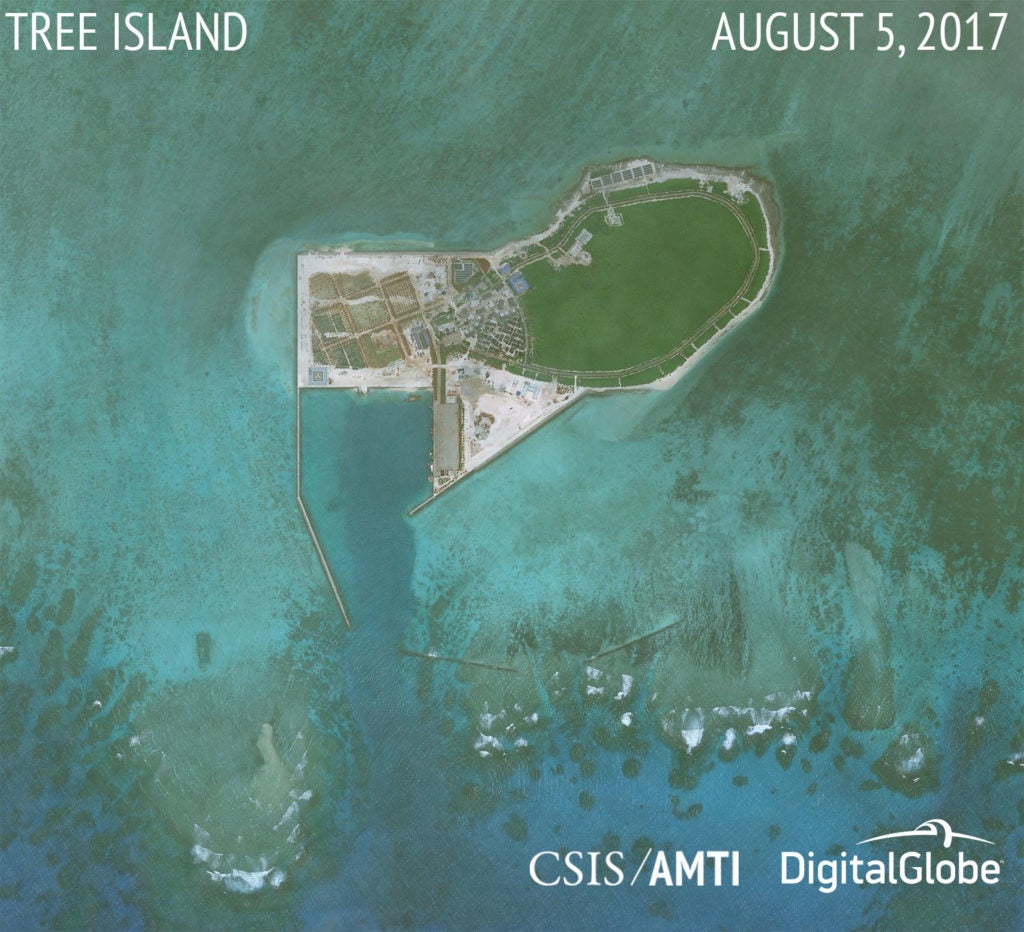 But Cayetano admitted that the Philippines initially wanted to exclude this from the communiqué since China was no longer doing reclamation works.

“It’s not reflective of the present position. They’re not reclaiming land anymore, so why will you put it again this year?” he said then.

Wang also said on August 7 that China has stopped reclamation activities in 2015.

But AMTI said both of the diplomats’ claims were false.