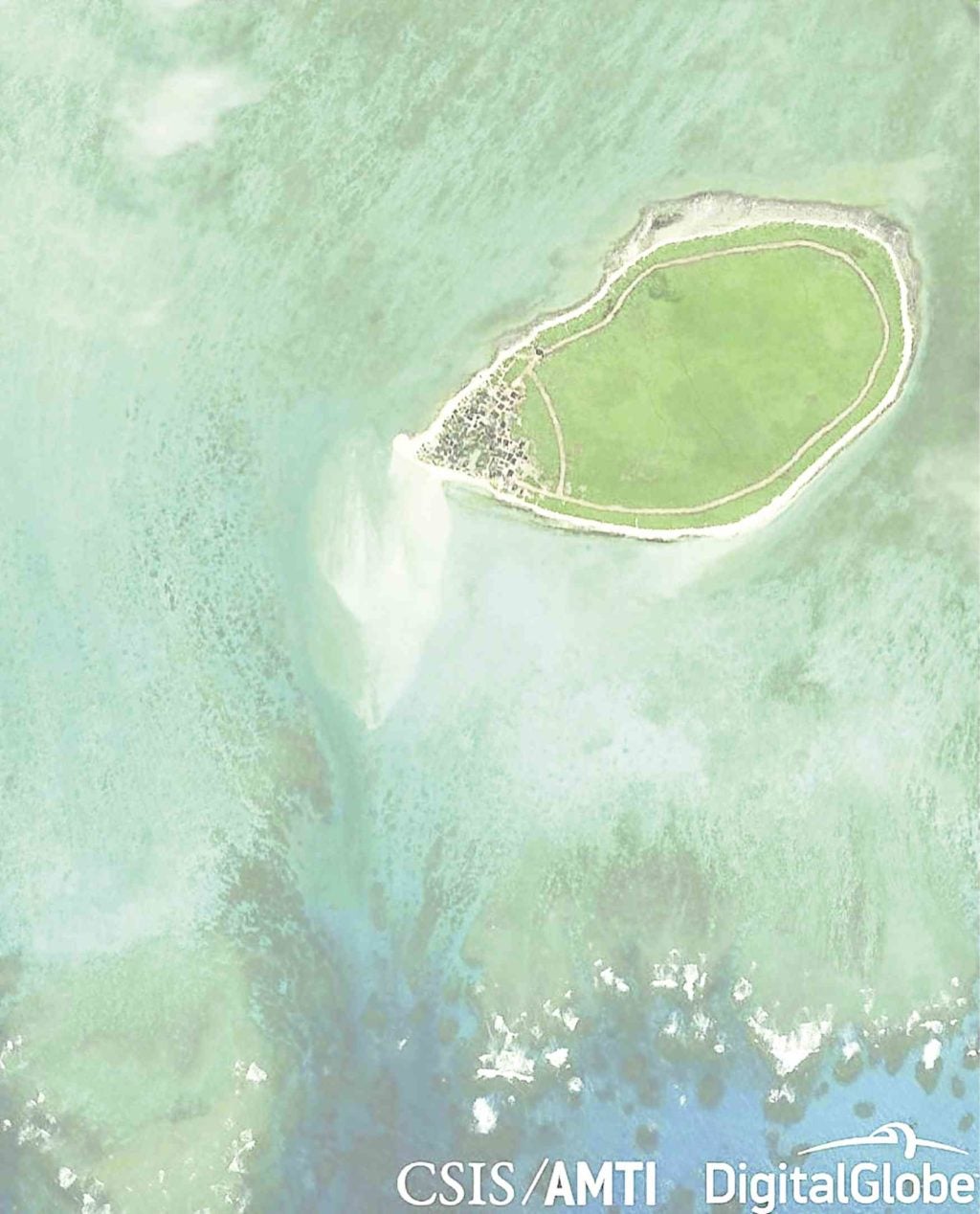 CHANGING ISLAND Reclamation work on Tree Island in the disputed Paracel Islands is still continuing as shown in satellite images taken on Dec. 14, 2012  and on Aug. 5, 2017 (below). The photos were provided by the Asia Maritime Transparency Initiative of the Center for Strategic and International Studies. 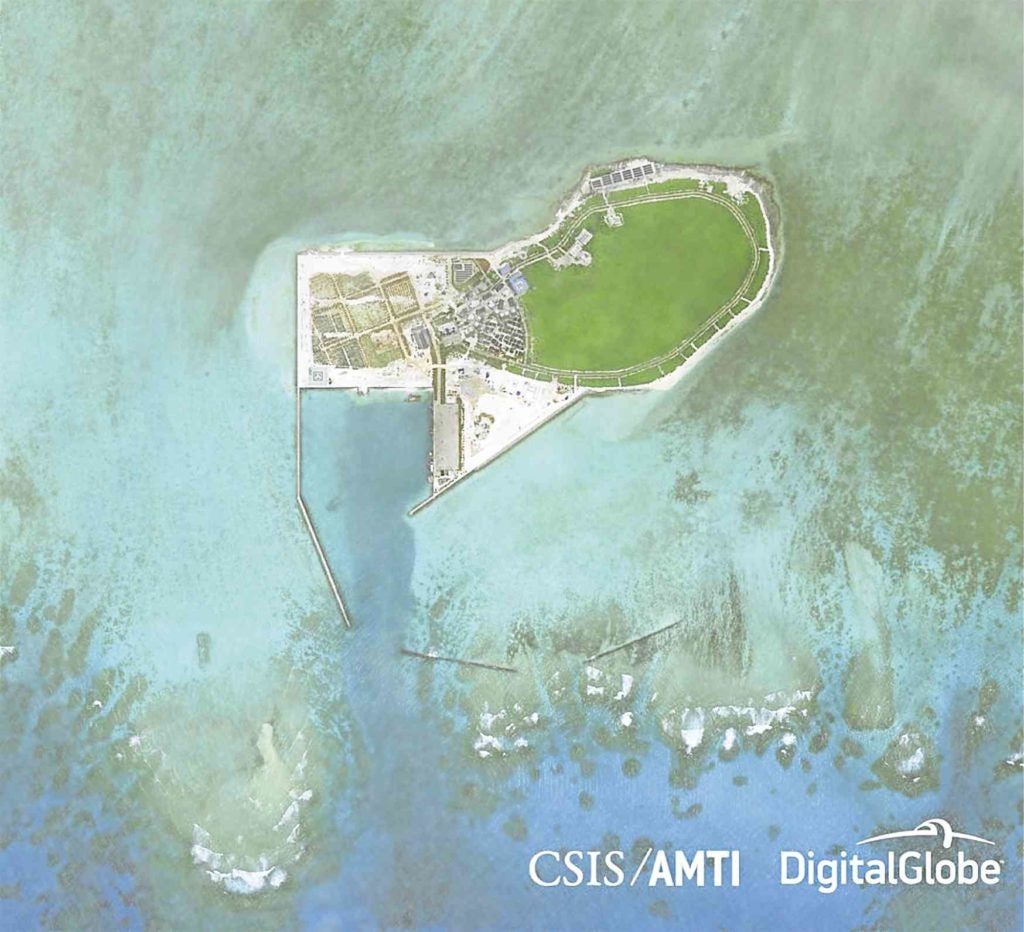 Satellite pictures do not lie.

Washington-based think tank Asia Maritime Transparency Initiative of the Center for Strategic and International Studies (Amti-CSIS) on Thursday disproved the claims of Chinese Foreign Minister Wang Yi and Philippine Foreign Secretary Alan Peter Cayetano that China is no longer doing reclamation work on any of the disputed islands in the South China Sea.

Amti released satellite photos dated Aug. 5 showing reclamation work on Tree Island and North Island in the Paracel Islands, which are disputed by Vietnam and China.

“Beijing continues to reclaim land farther north, in the Paracel Islands. The two most recent examples of this are at Tree Island and North Island in the Amphitrite Group. Amti previously reported on work at these features, which has continued in recent months,” it said.

“The South China Sea doesn’t only include the Spratly Islands, and for Vietnam, developments on the disputed Paracels are just as destabilizing. Vietnam and all the Southeast Asian claimants also have an interest in deterring future island-building, for instance at Scarborough Shoal,” Amti said, using the international name of Panatag Shoal.

“Both Beijing and Hanoi have undertaken dredging and reclamation work as recently as early 2017. Neither approaches the scale of what China did from late 2013 to mid-2015, but any such work is environmentally destructive, undermines regional stability and warrants mention in diplomatic statements,” it added.

Cayetano admitted that the Philippines was among the countries that did not want to include criticism on China’s land reclamation and militarization in the Spratlys in the joint communiqué issued by Association of Southeast Asian Nations (Asean) foreign ministers after their meeting in Manila earlier this week.

“It’s not reflective of the present position. They’re not reclaiming land anymore, so why will you put it again this year?” Cayetano said at a news conference on Tuesday.

Southeast Asian diplomats told reporters that earlier drafts of the Asean statement was silent on China’s island-building and militarization of the South China Sea.

A stronger statement was released on Aug. 6, in which the foreign ministers said that after an extensive discussion related to the South China Sea, they took note “of the concerns expressed by some ministers on the land reclamation and activities in the area, which have eroded trust and confidence, increased tensions and may undermine peace, security and stability in the region.”

Cayetano’s statement echoed that of Wang, who said China stopped reclamation work in 2015.

Amti said that China since August 2015 “has dredged a new harbor and added about [9.75 hectares] of additional land” to Tree Island.

After a typhoon washed out the bridge in October last year, China began to undertake reclamation anew on the southern end of North Island and “built a retaining wall around the [2.73 hectares] of new land to prevent further erosion.”

There are also several newly built facilities, including what appears to be a large administrative building in a fresh clearing on the island, Amti said.

“China has left a gap in the retaining wall facing the remnants of the washed-out land bridge, suggesting it might not have abandoned plans to connect North and Middle islands,” it said.