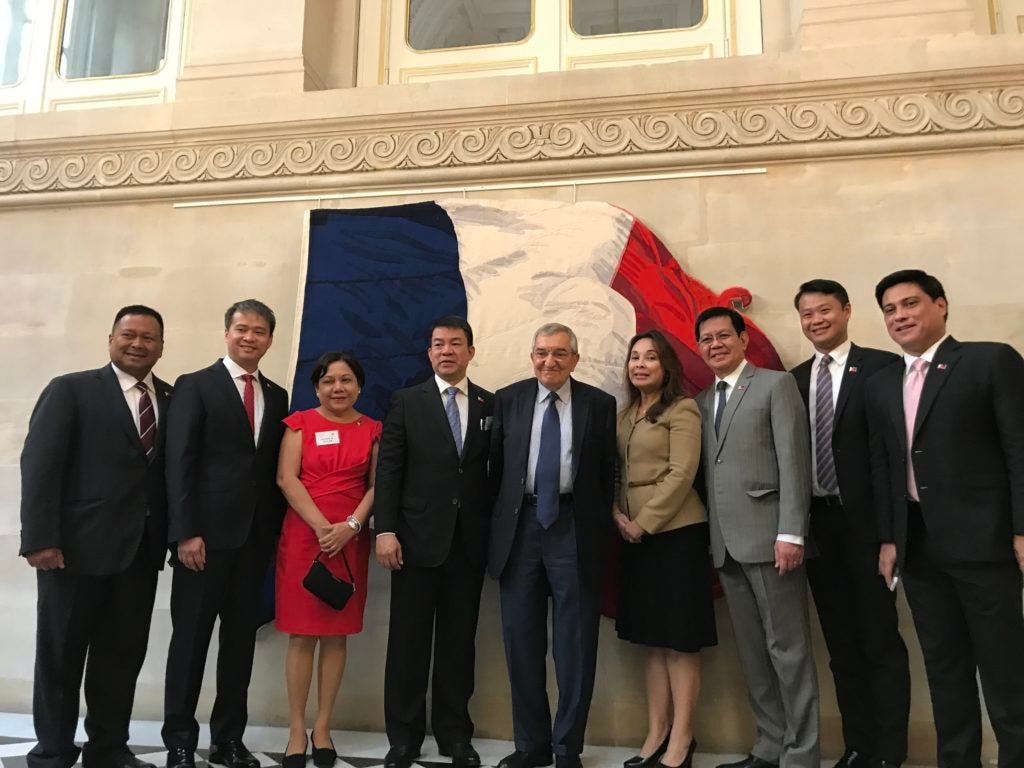 Philippine senators met with their French counterparts in Paris, France on Friday (Manila time) to discuss the cooperation of the two countries in addressing terrorism and climate change. 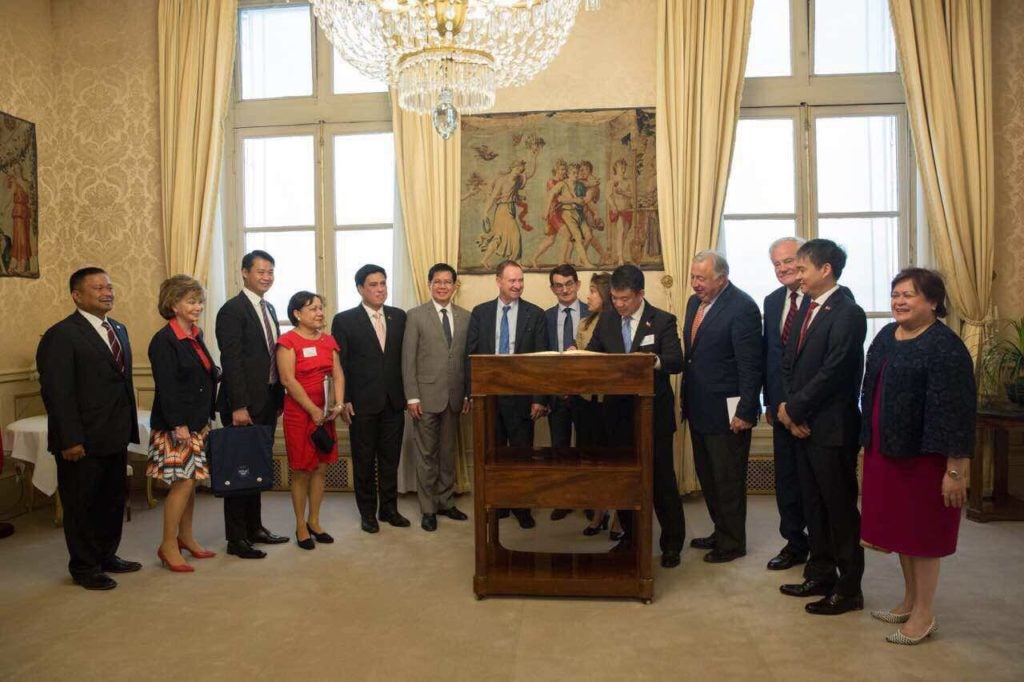 The eight Philippine senators inside the French Senate building in France. PHOTO FROM THE OFFICE OF SENS. LOREN LEGARDA AND KOKO PIMENTEL

The senators met with the President of the French Senate Gerard Larcher and other French officials.

According to Legarda, the terror attack in Marawi City has been discussed in the meeting, as well as France’s support to the Philippines’ ratification of the Paris Agreement.

Legarda, who chairs senate committees on foreign relations, finance, and climate change, is the president of the Philippines-France Inter-Parliamentary Friendship Association.

“Terrorism and climate change are two of the greatest threats to national security at present. France and the Philippines can be partners in addressing these concerns which affect every single one of us,” Legarda said.

In their meeting, Legarda said both the Filipino and French senators expressed concerned with the United States’ withdrawal from the Paris Agreement. The climate accord is an agreement within the United Nations Framework Convention on Climate Change (UNFCCC) dealing with greenhouse gas emissions mitigation, adaptation and finance starting in the year 2020.

“While both nations agree that the withdrawal of the United States from the Agreement poses a great challenge to the achievement of the treaty’s goals, we remain optimistic. The Philippine Senate delegation proposed that France take the lead in efforts to achieve the goals of and implement the Paris Agreement,” she said.

On the issue of terrorism, Legarda said they assured to the French senate president that the Philippine government is doing its best to resolve the crisis immediately.

Aside from Larcher, the senators also met with a member of the Constitutional Council Jean-Jacques Hyest, members of the Standing Committee of Law Members, and Nicolas Hulot, Minister for Ecological Transition and Solidarity.

Meanwhile, Senator JV Ejercito said the parliamentary visit was “very productive and successful in improving the ties between France and the Philippines.”

Ejercito said the meeting also coincided with the 70th anniversary of friendship between Parliaments of France and the Philippines. JPV