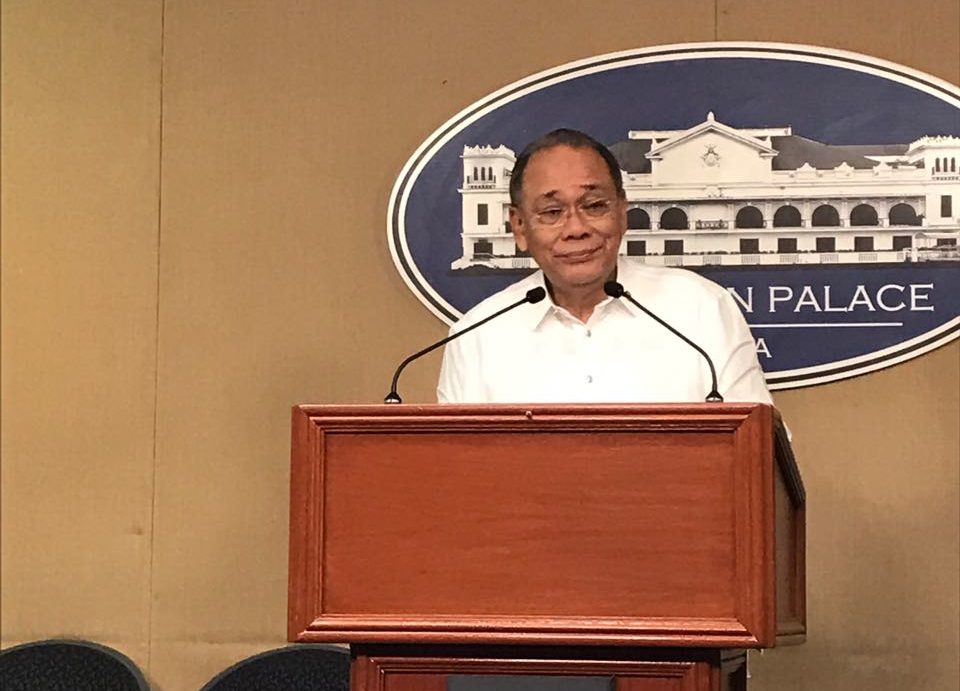 The Philippine government will continue to employ a “non-combative” approach in dealing with the South China Sea issue amid a recent report that Beijing has built new military facilities on artificial islands in the disputed region, Malacañang said on Friday.

US think tank Asia Maritime Transparency Initiative said that based on satellite images, Beijing’s outposts on contested South China Sea reefs are close to being ready for the deployment of military assets.

“We need to reiterate the fact that the President… his approach to the situation, to regional socio geopolitics has always been to come into a mutual understanding and mutual, and dialogue in order to resolve cases like these,” presidential Spokesperson Ernesto Abella during the Mindanao Hour in Davao City.

“We need to just go back to the fact that the President at this stage has been non-combative and non-adversarial,” Abella added.

In January this year, the Philippines sent a note verbale to China as it protests Beijing’s installation of antiaircraft and antimissile weapons on its man-made islands in the disputed sea.

The South China Sea issue has strained the Philippines’ relations with China after the latter claimed almost all parts of the minerals-rich region.

But since President Rodrigo Duterte assumed office in June 30 last year, he has maintained “a soft approach” on China as he favored bilateral talks to settle the South China Sea disputes.
The Philippines won a landmark decision at the United Nations-backed arbitral tribunal but China has repeatedly rejected the decision.

In May, the Philippines and China held bilateral talks to discuss “sensitive” issues over the disputed sea.
Duterte said in May that Chinese President Xi Jinping had warned him there would be war if the Philippines drills for oil resources in the South China Sea. JPV