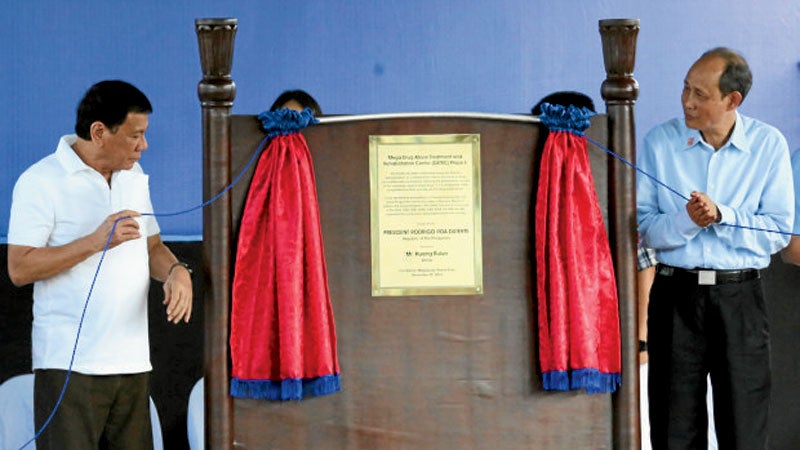 Malacañang on Wednesday said it would not interfere with corruption allegations against the Chinese businessman who donated the P1.4 billion used to build the mega drug rehabilitation center in Nueva Ecija.

Business tycoon Huang Rulun is being investigated in a bribery case, the Financial Times has reported. Rulun reportedly played  a key role in the restoration of good diplomatic ties between the Manila and Beijing.

Huang has been reported as donating P1.4 billion to the Philippines in support of President Rodrigo Duterte’s drug rehabilitation program.

Communications Assistant Secretary Marie Rafael Banaag said the allegations against Huang were an “internal” issue for China.
“On Huang Rulun’s implication on corruption charges, that is of course internal to China. Rest assured that President Duterte is one with President of the People’s Republic of China in its drive against corruption,” Banaag told reporters in Malacañang. CBB