globalnation / World
World
As confidence of other countries turns out low 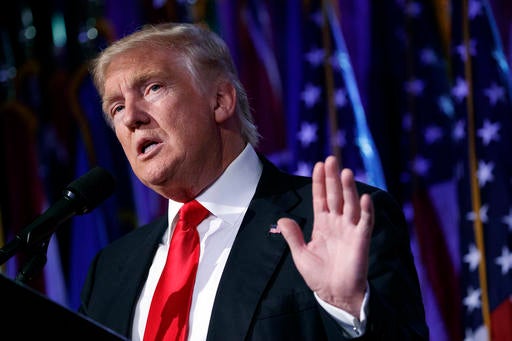 Confidence in US President Donald Trump has declined worldwide, including its allies, but the Philippines continued to show great support.

According to a survey released by Pew Research Center in 37 countries, only a median 22% have confidence in Trump.

The survey also said that 74% have little to no confidence with the American leadership. Spain has only 7%, and Mexico has 5%.

“He gets consistently low ratings across Latin America and Europe, where medians of only 14% and 18% respectively have confidence in him,” it said.

The greatest supporter of Trump was the Philippines with 69% confidence, the result of the survey shows.

The other countries which also have high confidence in Trump include Vietnam at 58%, Nigeria at 58%, Israel at 56%, and Russia at 53%.

Some of the factors that made him unpopular abroad based on the study were the proposal to build a wall along the US and Mexico border, withdrawing from the Paris climate change accord, and withdrawing the US from the Trans-Pacific Partnership free-trade agreement.

Pew Research Center describes itself as “a nonpartisan fact tank that informs the public about the issues, attitudes and trends shaping America and the world.” FM/JPV