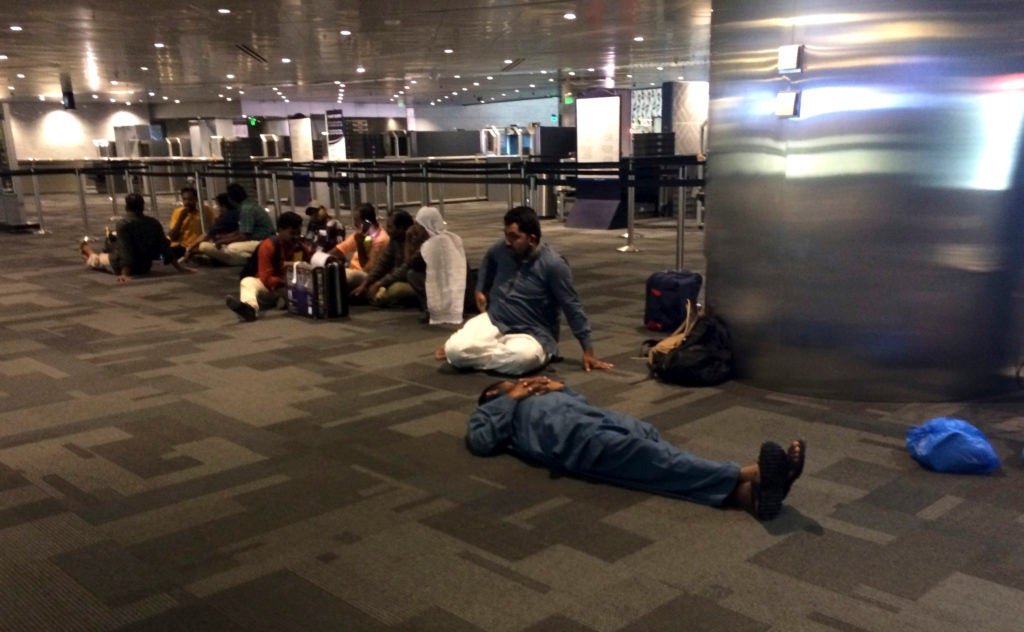 Passengers of cancelled flights wait in Hamad International Airport (HIA) in Doha, Qatar, Monday, June 5, 2017. Saudi Arabia and other Arab powers severed diplomatic ties Monday with Qatar and moved to isolate the energy-rich nation that is home to a major U.S. military base, accusing it of supporting terrorist groups and backing Iran. (AP Photo/Hadi Mizban)

The Philippine government is ready to help the overseas Filipino workers (OFWs) affected by the diplomatic crisis in Qatar, Malacañang said on Tuesday.

“Concerned government agencies are now looking at the matter and would extend assistance and other support to OFWs who may be affected by such action,” Presidential Spokesperson Ernesto Abella said in a Palace briefing.

Abella said “the decision of Saudi Arabia, UAE, Egypt, and Bahrain to cut diplomatic ties with Qatar may have some ripple effects on our overseas Filipino workers.”

Saudi Arabia, Bahrain, and Egypt, the United Arab Emirates, Yemen, Libya, and Maldives have cut ties with Qatar after it was accused of supporting terrorist groups.

On Tuesday, Labor Secretary Silvestre Bello III ordered a temporary deployment ban of OFWs to Qatar after 7 countries cut their diplomatic ties with the country.

“Effective today, the deployment of Filipino workers to Qatar is suspended,” Bello told reporters in a press briefing.

The labor chief said “the assessment of Qatar and other Middle Eastern countries by the Department of Foreign Affairs will determine length of deployment ban.”

The Department of Foreign Affairs said an estimated 250,000 OFWs are in Qatar.