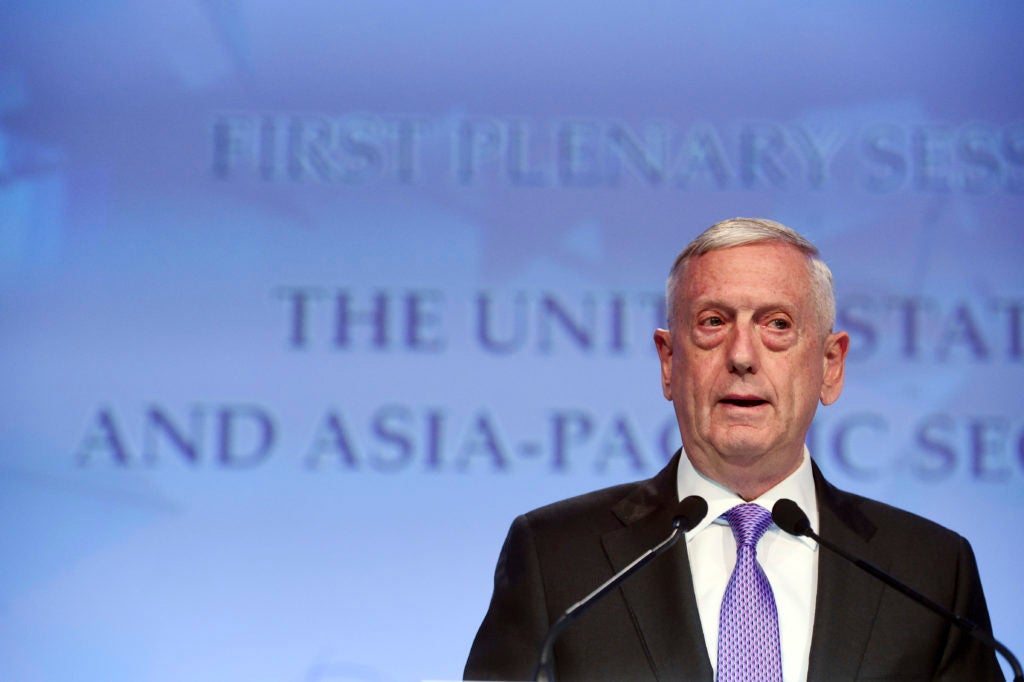 China has expressed “firm opposition” to remarks made by US Pentagon chief Jim Mattis during a regional defense summit over the weekend, after he criticized Beijing’s “militarization” of the South China Sea.

Washington has repeatedly expressed concerns that China’s development of artificial islands in the region poses a threat to freedom of navigation through its waters, a major artery for international trade.

Competing claims to the sea, which is believed to sit atop vast oil and gas deposits, have for decades made it one of Asia’s potential military flashpoints.

“The scope and effect of China’s construction activities in the South China Sea differ from other countries in several key ways,” Mattis noted, saying Beijing’s “militarization” and “disregard for international law” showed its “contempt” for other nations’ interests.

“China has indisputable sovereignty over the (Spratly) Islands and their adjacent waters,” Hua said, referring to reefs and islets in the South China Sea where Beijing has built installations that could be used by its military.

China’s behavior in the South China Sea, which is claimed in part by the Philippines, Brunei, Malaysia, Taiwan and Vietnam, has sparked broad concern in the region.

But in May, Beijing and the Association of Southeast Asian Nations (ASEAN) took a step towards easing friction over the sea, agreeing to a framework for a “code of conduct” to prevent incidents in the disputed waters.

Tensions over the Spratlys have also quieted down in recent months as new Philippines president Rodrigo Duterte has pursued friendlier relations with Beijing.

China has balked at US involvement in the dispute and last month accused a US warship of trespassing after it sailed near a reef claimed by Beijing.

In addition to Mattis, Japanese defense secretary Tomomi Inada also took the opportunity of the summit to scold China for its “unprovoked, unilateral attempts to alter the status quo” in the East and South China Seas.

Beijing is involved in a simmering territorial row with Tokyo over the disputed Senkaku Islands, claimed by China as the Diaoyus.

“Remarks made by the Japanese side, which confuse right and wrong, are not worth refuting,” Hua said in her statement./rga