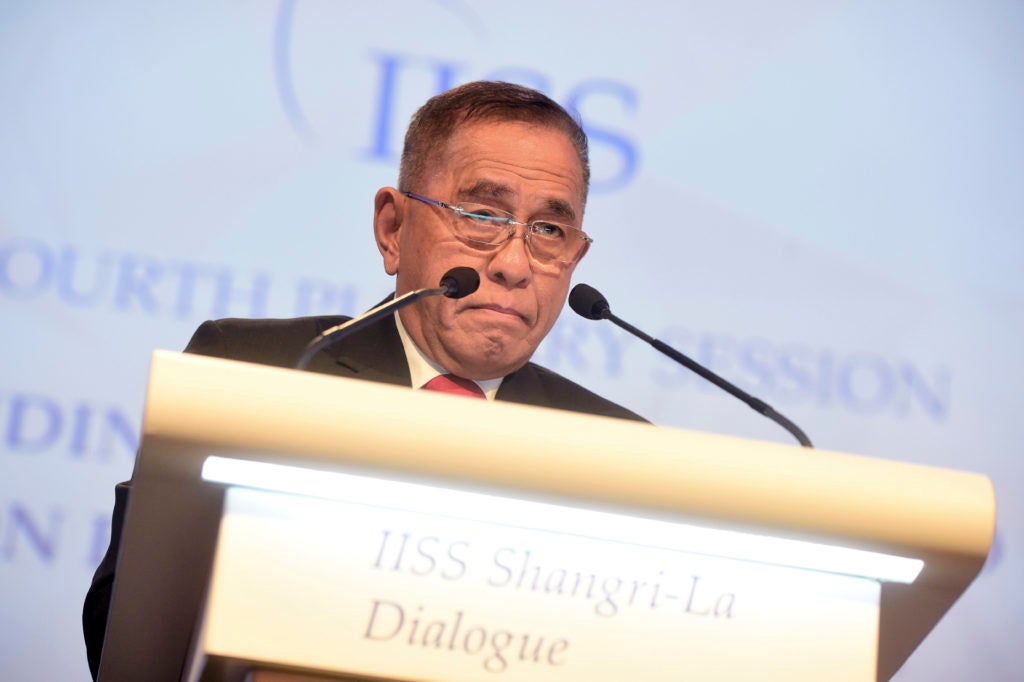 EDITOR’S NOTE: This is a weekly look at the latest developments in the South China Sea, the location of several territorial conflicts that have raised tensions in the region.

SINGAPORE — A look at recent developments in the South China Sea, where China is pitted against smaller neighbors in multiple disputes over islands, coral reefs and lagoons in waters crucial for global commerce and rich in fish and potential oil and gas reserves:

Officials say joint patrols by three Southeast Asian countries in the Sulu Sea may be the start of a larger regional effort to keep Islamic militants at bay.

The patrols will be conducted by forces from Indonesia, the Philippines and Malaysia, with sea operations beginning this month and land patrols starting at a later date.

The initiative in the Sulu Sea, an area bounded by the Malaysian state of Sabah and the southern Philippines, is a “collective agreement that is followed by the operational level,” Indonesian Defense Minister Ryamizard Ryacudu said Sunday. It will feature joint command posts and exercises between the three countries’ ground forces.

Joint patrols are an attempt “to prevent and protect our border, to close the border so that militants don’t go to other areas,” Ryamizard said. “If the situation escalates and extends to other waters, we would like to request other countries to join.”

Ryamizard was speaking at the Shangri-La Dialogue, a security conference in Singapore attended by defense ministers and experts from 39 countries.

The presence of Islamic militants has been felt the region. Philippine troops are struggling to end a bloody siege by 500 Islamic State group-aligned extremists in the southern city of Marawi, one of the boldest militant attacks in Southeast Asia in years.

Forty foreigners involved in the Marawi attack may have found a path through the Sulu Sea, said Ricardo David Jr., Undersecretary for Defense Policy at the Philippine Department of National Defense. “They have a back channels corridor in our country, probably in the area of Sulu Sea and Celebes Sea, that they can proceed to Mindanao and link with the terrorist units in the area,” he said.

Mattis says US staying the course on policy toward Asia

U.S. Defense Secretary Jim Mattis says the Trump administration is aiming for continuity in its policies toward Asia, sticking broadly with the approach its predecessors have taken by emphasizing diplomacy and cooperation with allies.

In a speech at the Shangri-La Dialogue in Singapore on Saturday, Mattis sought to balance hopeful comments on China with sharp criticism of what he called Beijing’s disregard for international law by its “indisputable militarization” of artificial islands in disputed areas of the South China Sea.

“We oppose countries militarizing artificial islands and enforcing excessive maritime claims unsupported by international law,” he said. “We cannot and will not accept unilateral, coercive changes to the status quo.”

Overall, Mattis’ speech struck a positive, hopeful tone for cooperation and peace in the Asia-Pacific region, where he and his predecessors have made it a priority to nurture and strengthen alliances and partnerships.

“While competition between the U.S. and China, the world’s two largest economies, is bound to occur, conflict is not inevitable,” he said. “Our two countries can and do cooperate for mutual benefit. We will pledge to work closely with China where we share common cause.”

On Friday, Mattis spoke to reporters aboard his plane about “reinforcing the international order” while seeking a “peaceful, prosperous and free Asia”— echoing traditional U.S. policy goals.

President Donald Trump raised doubts in Asia when he took office following a campaign in which he sharply criticized Japan and South Korea for not pulling their weight as treaty allies. So far, however, the administration has been more supportive.

China on Sunday responded by reasserting its claim to sovereignty over the Spratly island group in the South China Sea and denouncing Mattis’ comments as “irresponsible.”

Foreign ministry spokeswoman Hua Chunying said in comments posted on the ministry’s website that China was achieving success in reaching agreements and lowering tensions with other countries in the region.

Last month, China and the 10-member Association of Southeast Asian Nations agreed to a draft framework on a code of conduct to reduce the possibility of conflicts between nations claiming territory in the South China Sea.

While China says almost the entire South China Sea belongs to it, Taiwan, the Philippines, Vietnam, Brunei and Malaysia also exercise claims in the area./rga