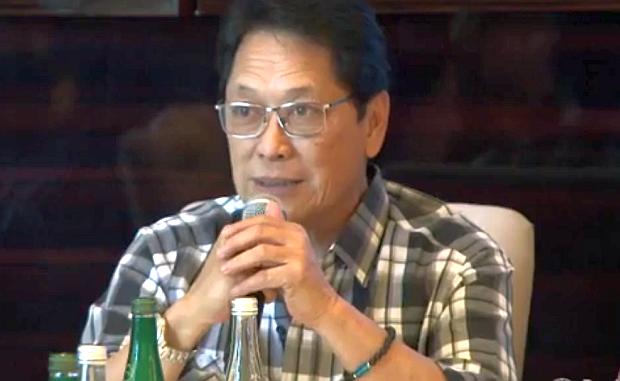 THE NETHERLANDS – The negotiating panels of the government and the National Democratic Front met on Saturday afternoon (The Netherlands time) in an attempt to save the fifth round of peace talks.
Shortly after the meeting started at about 7 p.m., the parties had a dinner break and agreed to resume Sunday morning.
Both parties were in Noordwijk, The Netherlands, for the talks which wre scheduled to begin Saturday but put on hold after the government informed the NDF that it would not be participating in this round.

READ: Peace talks break down after communists order NPA to attack
Presidential Adviser on the Peace Process Jesus Dureza explained that position was a result of the “blatant defiance” of the communist movement to martial law in Mindanao.
Martial law on the entire island of Mindanao was declared by President Duterte on May 23 after heavy fighting erupted between government forces and Islamist terrorists from the so-called Maute group in Marawi City.
The Communist Party of the Philippines (CPP) later ordered the New People’s Army (NPA) to intensify its offensives against government forces implementing martial law.
NDF senior adviser Luis Jalandoni explained that the CPP order was not intended to undermine negotiations but a response to a statement of Defense Secretary Delfin Lorenzana that the NPA was included in the targets of martial law.

Lorenzana denied Jalandoni’s claim. On the contrary, he issued a statement that the NPA was not a target of martial law.

READ: Lorenzana warns NPA: Don’t aggravate situation in Mindanao
Peace panel chair and Labor Secretary Silvestre Bello also clarified that the NPA was not a target and that the direction of the Duterte administration was to seek a peaceful political settlement with the communist movement.
The NDF acknowledged the clarification but expressed concern over reports of continuing abuses in the communities.
The government also demanded that the CPP retract its order to intensify attacks.

Jose Maria Sison disclosed that the NDF panel had recommended to the CPP to reconsider the order.
Despite the hitch in the fifth round of talks, both parties asserted that they remained committed to the peace process even if this round would be put on hold.
Dureza said that the existing mechanisms remain in full effect including the Joint Agreement on Safety and Immunity Guarantees (JASIG) and the Comprehensive Agreement on Respect for Human Rights and International Humanitarian Law (CARHRIHL).
While the present situation is extremely challenging, the two panels expressed that they would like to continue the negotiations to find a peaceful solution to the violent conflict. CBB/rga

Read Next
Peace talks break down after communists order NPA to attack
EDITORS' PICK
Pagasa: Warm, sunny Sunday in most parts of PH
Is it safe to talk politics again at family gatherings? ‘The Reconciliation Dinner’ shows us what that’s like
House energy committee chair Arroyo bats for cheap electricity
EDITORIAL: To a bike-friendly future
The Best Tech Gifts For The 2022 Holidays
vivo’s coming to town to grant wishes with more holiday promos
MOST READ
LOOK: Vhong Navarro transferred to BJMP detention facility in Taguig
The Elephant Man in the Senate
Posh village as ‘shabu’ haven
LOOK: Zanjoe Marudo bonds with Ria Atayde, her family
Don't miss out on the latest news and information.