Executive Order no. 25, released to media on Monday, states that the “undersea feature presently known as “Benham Rise” in local and international maps and charts, shall henceforth be referred to as the “Philippine Rise.”

Duterte earlier mentioned his plan to rename the underwater ridge on the eastern coast of the Philippines after reports said Chinese vessels were in the area.

The EO, signed by Duterte and Executive Secretary Salvador Medialdea, orders all official maps and charts of the Philippines that include Benham Rise to use the name “Philippine Rise.”

The Department of Foreign Affairs, in consultation with the National Mapping and Resource Information Authority (NAMRIA) and other agencies, was also ordered to notify all concerned international organizations.

The funding needed to implement the changes will come from the DFA and other concerned agencies.

The recommendation refers to the ruling of the UN commission that the landmass was contiguous with the country’s continental shelf and is under the Philippines’ EEZ.

The EO said the Philippine Rise is “subject to the sovereign rights and jurisdiction of the Philippines pursuant to relevant provisions of the 1987 Philippine Constitution, national legislation, the UNCLOS (United Nations Convention on the Law of the Sea) and applicable international law.”

It was in March when a Chinese survey ship was spotted in Benham Rise.

The Chinese Foreign ministry said it respects the Philippines’ rights over the continental shelf in Benham Rise and that they are not challenging those rights. However, it also pointed out that “the basic principle of international law says that the EEZ and the continental shelf do not equate with territories.”

(Refresh the page for updates.) 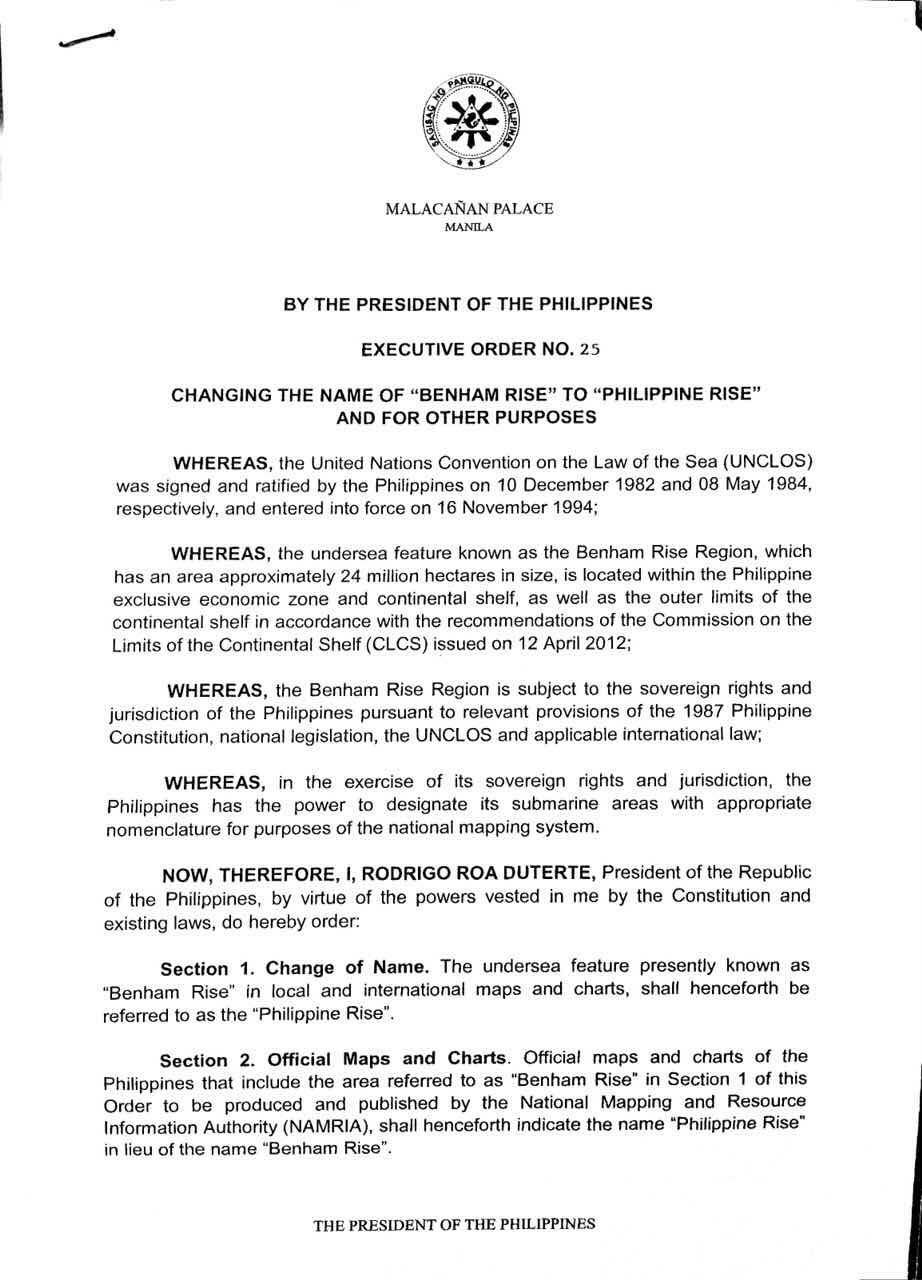 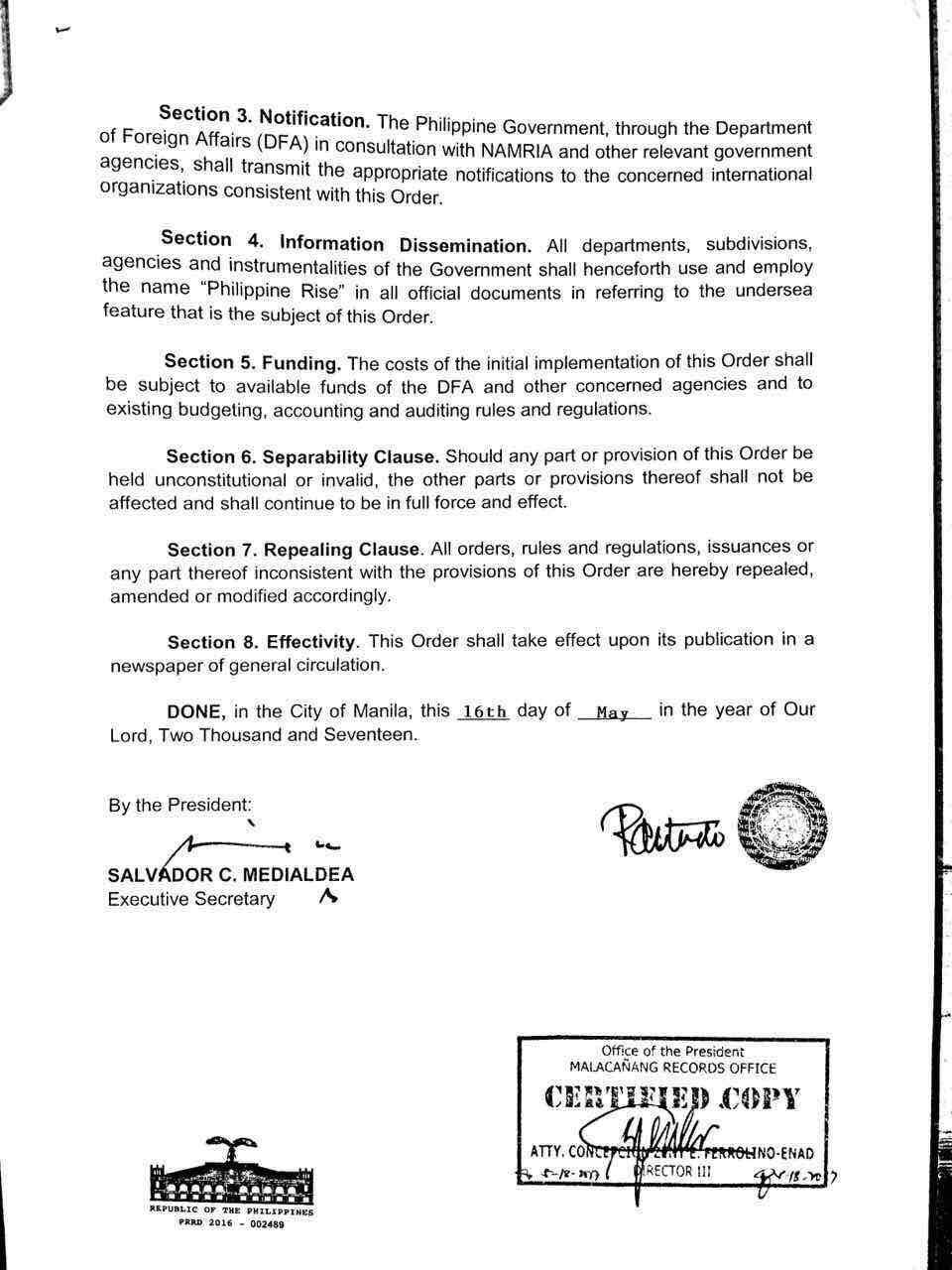