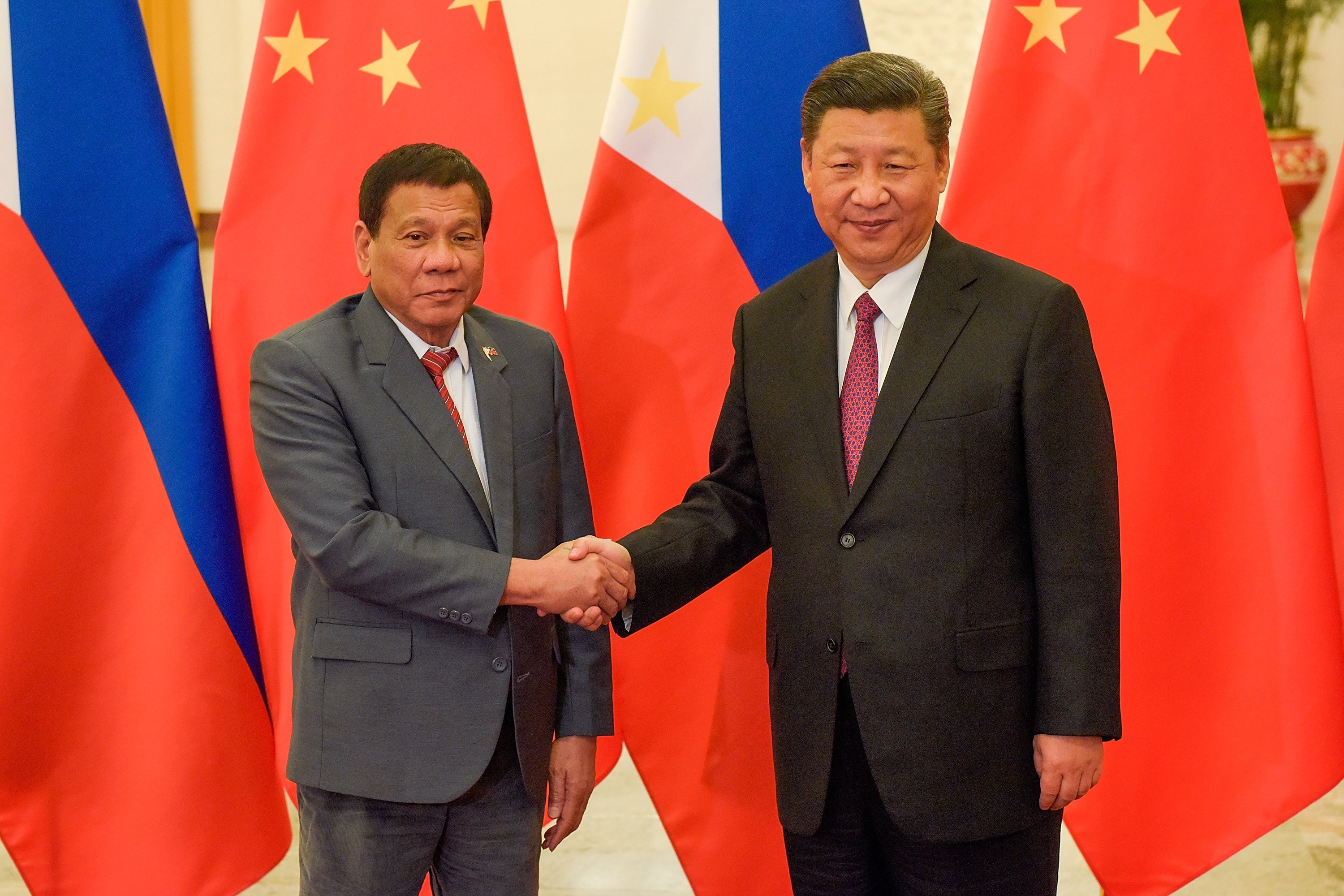 Chinese President Xi Jinping (R) shakes hands with Philippines President Rodrigo Duterte (L) prior to their bilateral meeting during the Belt and Road Forum for International Cooperation at the Great Hall of the People in Beijing on May 15, 2017. / AFP PHOTO / POOL / Etienne Oliveau

Malacañang assured the public on Monday that President Rodrigo Duterte has the Philippines’ best interests at heart.

The statement came after Duterte revealed that Chinese President Xi Jinping told him that while China wants to maintain warm relations with the Philippines, it will “go to war” if the Philippines forces its claim on parts of South China Sea. This prompted lawmakers to call for a diplomatic protest against China.

Presidential Spokesperson Ernesto Abella instead said, “The first and last priority of President Duterte is the national interest and the well-being of the Filipino.”

“The Philippines and China are committed to peaceful resolutions to socio-economic and political challenges, and the recently concluded meet on the Bilateral Consultation Mechanism is one platform for confidence-building measures, to address issues pertaining to the South China Sea,” he said in a statement to media.

Abella said Malacañang is “very clear that we are not giving up our claim of sovereignty and sovereign rights over certain islands in the South China Sea, at the same time, these matters are pursued in the context of maintaining peace and prosperity in the region.”

The Philippines and China have overlapping claims in South China Sea. However, relations have improved after Duterte reached out to China. JPV/rga