Alvarez: Complaint at ICC should’ve been filed at mental hospital 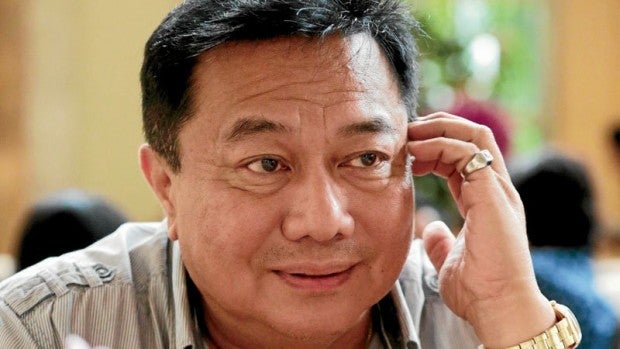 The crimes against humanity complaint against President Rodrigo Duterte should have been filed at a mental hospital not at the the International Criminal Court (ICC), Speaker Pantaleon Alvarez said at a news conference on Tuesday.

Alvarez, who is also a respondent in the complaint, said the ICC had no jurisdiction over the country’s affairs including the thousands of drug suspects killed in the war on drugs – both in legitimate police operations and vigilante actions.

He said he was not bothered that he had been included as a respondent for allegedly inciting violence in supporting the war on drugs.

According to the complaint, Alvarez was included for allegedly “clearly incit(ing) violence and mass murder, or further in a certain way the criminal purpose of President Duterte.”

(“In the first place, the ICC has no jurisdiction. The complaint should have been filed at the mental hospital, where it has jurisdiction.”)

Alvarez said the ICC, of which the country is a state party, should not interfere in Philippine affairs even if it includes thousands of drug suspects killed in the brutal narcotics crackdown.

(“You know it’s an internal matter which I don’t think ICC should interfere with. There are other bigger cases they should address, not this internal matter we are addressing as our own problem.”)

The ICC is a court of last resort and a petitioner may only file a case before the ICC after exhausting all legal remedies in the home country.

Magdalo Rep. Gary Alejano earlier said he would take to the ICC his allegations against the Duterte after the House of Representatives justice committee found no substance in his impeachment complaints against the chief executive.

“I don’t know if ICC is an extension of the mental hospital. Puwede nilang dinggin iyon,” Alvarez said.

(“I don’t know if ICC is an extension of the mental hospital. They can hear the complaints.”)

The crimes against humanity complaint was filed at the ICC by lawyer Jude Sabio on behalf of his client, self-confessed Davao Death Squad member Edgar Matobato.

In his 77-page complaint, Sabio cited the “continuing mass murder” in the Philippines due to the thousands of Filipinos killed in Duterte’s anti-drug campaign that started when he was Davao city mayor and continued even when he was already elected president.

“Your favorable action on this matter would not only serve the noble ends of international criminal justice, but would also be the beginning of the end of this dark, obscene, murderous and evil era in the Philippines,” Sabio said in his complaint.

He said the 7,000 drug-related killings in the Philippines in the past seven months had surpassed the 3,000 killings during the two decade martial law regime of the dictator Ferdinand Marcos.

The police has contested the 7,000 figure, noting that only around 2,600 drug pushers and users were killed in legitimate police operations.

Matobato testified in a Senate inquiry about Duterte’s alleged order, when he was still mayor, for the vigilante group Davao Death Squad to kill drug criminals in his city.