5th round of PH, CPP peace talks to be held in Netherlands | Global News

5th round of PH, CPP peace talks to be held in Netherlands 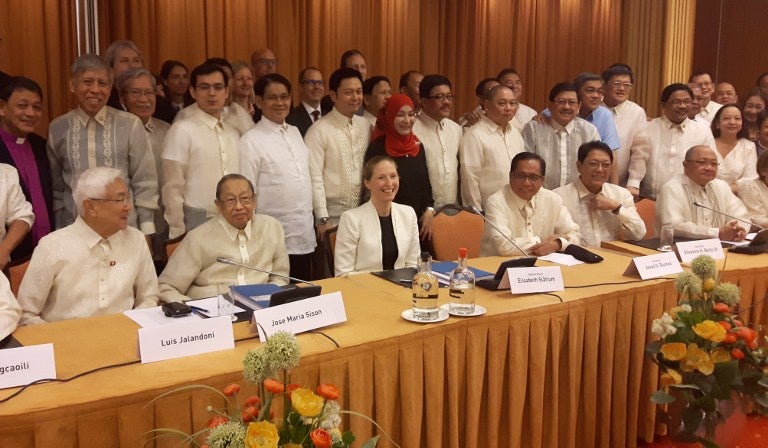 The next round of peace negotiations between the Philippine government and the National Democratic Front of the Philippines (NDFP) will push through later this month in the Netherlands, according to the Royal Norwegian Embassy.

“The Philippine Government and the National Democratic Front of the Philippines (NDFP) will meet for a new round of peace talks in the town of Noordwijk in the Netherlands May 27 to June 1,” the Embassy said on Tuesday.

It will be the fifth round of talks since the negotiations, facilitated by Norway, resumed in August 2016.

“The Philippine Government and the NDFP are determined to continue the peace process,” said Erik Førner, the Norwegian Ambassador to the Philippines.

He said the two parties have already held several meetings in Manila in the past weeks.

“We hope it will be possible to take the process even further when the parties meet again for another formal round of talks,” he said.

Norway has been facilitating the peace talks since 2001.

Past rounds have been held in Norway and Rome.

The resumption of the peace talks had a strong start last year because of President Rodrigo Duterte’s close ties with the Communist Party of the Philippines and its military arm, the New People’s Army. The group has been waging the longest-running communist insurgency in Asia.

However, disagreements on the ceasefire and other issues have caused delays and problems in the peace process. The Philippine government has also yet to accomplish its promise to release political prisoners, according to the NDFP.