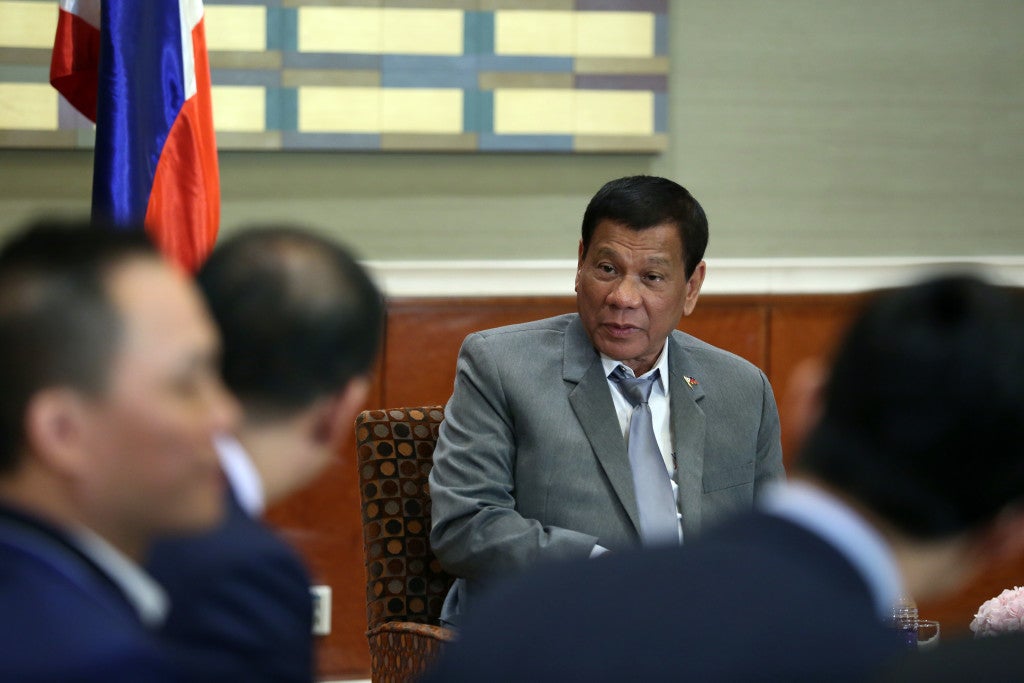 Duterte pitched the Philippines’ P8.4 trillion spending on big-ticket infrastructure projects for the next five years of his term during a roundtable session with Chinese President Xi Jinping and 28 other leaders at the Yanqi Lake.

Amid economic global challenges, Duterte said the Philippines was committed “to finding a path that prioritizes inclusive growth for those that need growth most in the Philippines.”

“The President introduced the Philippines’ ‘Build, Build, Build’ program in this context, saying that this program aspires for high impact projects to connect people, create jobs and bring down the cost of doing business through logistical support and infrastructure,” the Department of Foreign Affairs (DFA) said in a statement.

“He said, it is hoped that agriculture can be modernized and industrialization expanded to give farmers, producers and manufacturers more efficient and cost-effective access to internal and external markets,” the DFA added.

Duterte said the country’s infrastructure program could “complement regional and international connectivity mechanisms, such as China’s One Belt One Road initiative and the ASEAN Master Plan on Connectivity.”

During his speech, Duterte emphasized the strict enforcement of laws to address illegal drugs. He also talked about his resolve to fight corruption in government.

Duterte also pushed for infrastructure construction that is clean and green, citing the environment should be the strong foundation upon which infrastructure is built.

“Describing green and sustainable designs as able to minimize or prevent the adverse impact on natural ecosystems, President Duterte said that sustainability of infrastructure can guarantee quality of life and support human welfare and well-being,” the DFA said.

“As a pole of industrial growth, the emergence of modern, cost-effective and eco-friendly technologies can create jobs and economic opportunities,” it added.

Duterte also extolled “the use of traditional practices and processes that have proven to be environmentally friendly.”

“He stressed the need for financing and the institutionalization of innovations and learnings to create a legacy for future generations,” DFA said.

After the roundtable, the leaders adopted a Joint Communique.