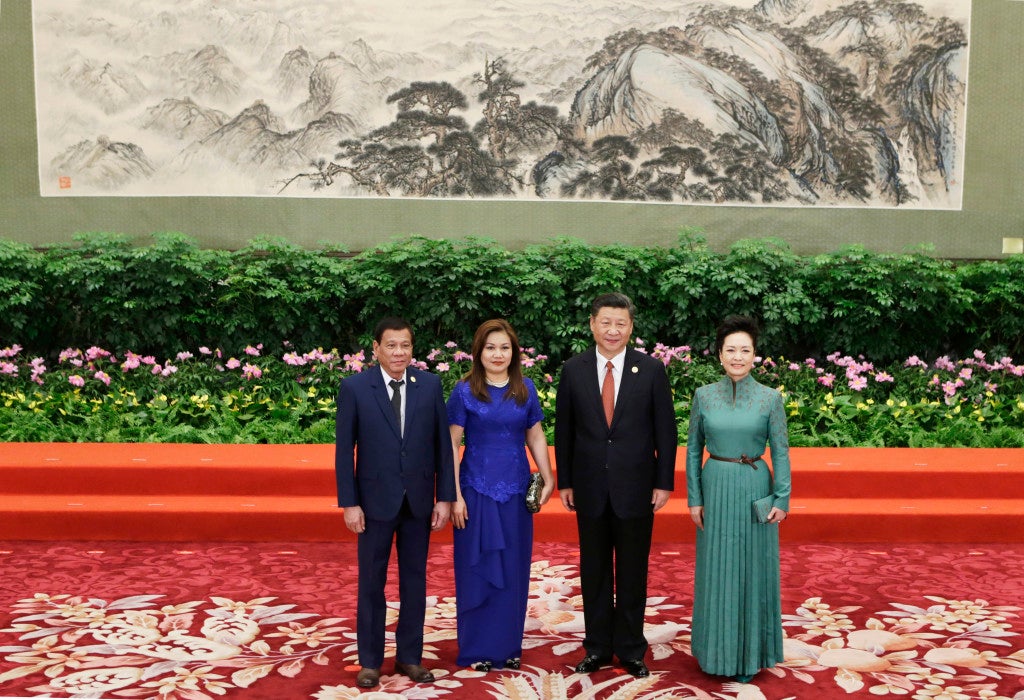 Speaking to an audience that included Russian President Vladimir Putin and leaders of 29 other countries, Xi outlined the most ambitious political vision yet for the “Belt and Road Initiative,” a multibillion-dollar plan to build ports, railways and other facilities.

President Duterte skipped the opening ceremony of the Belt and Road Forum, as he was preparing for his key meetings on Monday at the Leaders’ Roundtable Discussions, according to the Department of Foreign Affairs (DFA).

The DFA said Mr. Duterte was expected to engage in bilateral talks with Xi and Chinese Premier Li Keqiang.

The initiative spans some 65 countries representing 60 percent of the global population and around a third of global GDP. China Development Bank alone has earmarked $890 billion for some 900 projects.

Here are some of the projects under the initiative:

A planned 418-kilometer rail line between China and Laos attempts to be the first overseas route that connects with the vast rail system in China.

Another 873-km, high-speed railway project between China and Thailand will link the Chinese border to Thailand’s ports.

In Africa, the initiative will include a 471-km railway between Nairobi and Mombasa on the Indian Ocean coast.

In Pakistan, a controversial trade route was inaugurated in November last year to link southwestern Gwadar port, on the Arabian Sea, with Kashgar, a city in China’s northwestern Xinjiang province.

The port will provide China with safer and more direct access to the oil-rich Middle East than the waterway trade route it currently uses through the narrow Malacca Straits.

A new international airport will also be built in Gwadar.

Central to the project in Pakistan is the renovation of a 487-km road that is part of China’s only land passage to the Middle East.

China and Malaysia are building an industrial park in Kuantan, Malaysia for steel, aluminum and palm oil processing.

In eastern Europe, a China-Belarus industrial park for high-tech businesses broke ground in Minsk in July 2014, the largest one built by the Asian country overseas.

Xi insisted his government had “no desire to impose our will on others.”

The two-day meeting that started on Sunday gives Xi a platform to promote his image as a global leader and an advocate of free trade in contrast to President Donald Trump, who has called for import restrictions.

The Russian leader said the rise of trade protectionism was creating a “breeding ground for international extremism and terrorism.”

Other leaders at the gathering included Prime Minister Nawaz Sharif of Pakistan and President Michelle Bachelet of Chile. Britain, France and Germany were represented by top finance officials.

The US delegation was led by Matt Pottinger, special assistant to Trump and senior director for East Asia at the National Security Council.

India delivered an implicit criticism of China’s initiative Saturday in a statement that said such an initiative should meet international norms and not create unsustainable debt.

India has objected to Chinese state-owned companies working in the Pakistani-held part of Kashmir, the Himalayan region claimed by both sides. New Delhi sees that as an endorsement of Pakistan’s control. —REPORTS FROM AFP, AP AND ROY STEPHEN C. CANIVEL