NoKor missile attack not ‘an immediate concern’ for OFWs in Japan 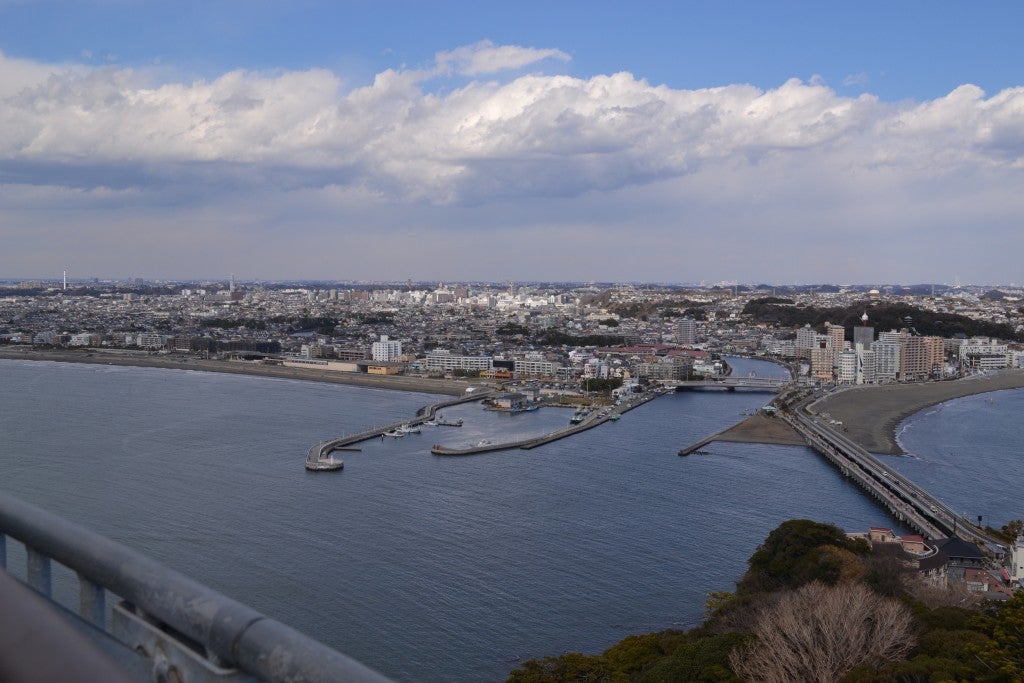 TOKYO — Whatever their thoughts and feelings may be about North Korea’s ballistic missile threat, the Japanese public and Filipino migrant workers in this country have been able to keep their cool and go on with their lives, having strong faith in Japan’s defense capability and emergency response systems.

The Philippine Embassy here does not see the ballistic missile threat of North Korea as an immediate cause of concern for the Japanese and overseas Filipino workers in this east Asian country, citing Japan’s preparations and contingency efforts.

Deputy Chief of Mission Eduardo Meñez, the Philippine ambassador to Japan, said this on Friday (May 12), in an interview with reporters two days before North Korea launched its first ballistic missile test on Sunday afternoon (May 14) for the first time since the election of South Korean President Moon Jae-in. 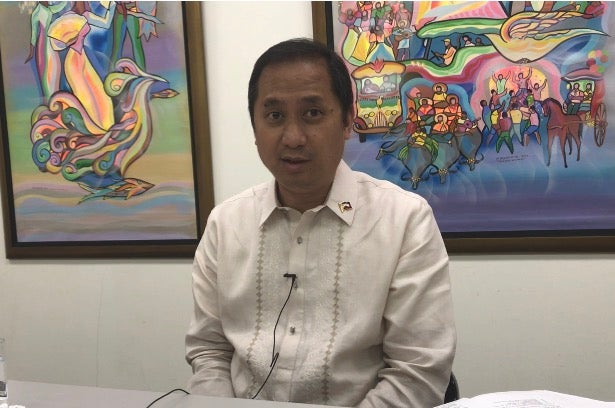 According to the US Pacific Command in Hawaii, the missile was launched on Sunday morning near north western Kusung and had landed in the sea of Japan. The type of missile is currently being assessed and the flight was not consistent with an intercontinental ballistic missile, it added.

A Reuters report, meanwhile, said the missile fell around 400 kilometers from the east coast of North Korea. Projected as North Korea’s target, aside from South Korea and the US Pacific Command in Hawaii, are certain parts of Japan, mainly Okinawa.

Recent statistics from the Japanese government have counted around 270,000 Filipinos residing in Japan, Meñez said. Filipinos are now the third largest foreign population in Japan after the Chinese and the South Koreans, according to Meñez.

Meñez said that North Korea has been conducting missile tests for the past several years since 2012, hence Japan has long prepared for contingencies. The frequency of the launch increased particularly in 2016 under the administration of its president Kim Jong Un. “The threat is not as present as in South Korea,” he added.

“At this point in time, I do not believe there is a sense of fear from the Filipino community. They basically mirror what the Japanese public do. Actually far from feeling threatened, more and more Filipinos are coming to Japan… (recently around 30 to 40 percent growth in tourist arrivals)” the ambassador said.

Lily Tan, 63,  one of the hotel workers at the Hotel New Otani in Tokyo who has been residing in the city for 36 years now, said “the threat is not much of a concern. It is too far. If I will go home, it is not because of the missiles, but of feeling homesick. I had been married to a Japanese who died 10 years ago,” she said. She has a child in the Philippines and would like to go back to the Philippines in two years.

“If the Lord permits the attack to happen, it will happen. May He help us. As of now, there is no perceived threat here. Is there in the Philippines?” she asked.

Beatriz Lumang, who has been in Japan as a tourist from Manila since Friday, went to see the country with friends without feeling threatened at all.

Meanwhile, nurse Krystal Lyn Crisostomo said she was not aware of any ballistic missile threat when she went to Japan to visit the Disney Seas. “I’ll stay for five more days. I see the country as safe.  The country is really nice, food is good and the culture is so rich and preserved,” she said.

The Embassy has not issued any travel warning yet.

Meñez said the Japanese government has prepared and maintained a “well-established” system of response to different threats both man-made, such as terrorism, and natural threats such as disasters. The Japanese public is also well-informed about their alert systems.

In a recent panel discussion with Southeast Asian journalists, Narushige Michishita, professor and director of the National Graduate Institute for Policy Studies in Tokyo, cited Japan’s text- and voice-based messaging Emergency network or Em-net and J-alert warning systems which could help in preparing citizens for missile launches. 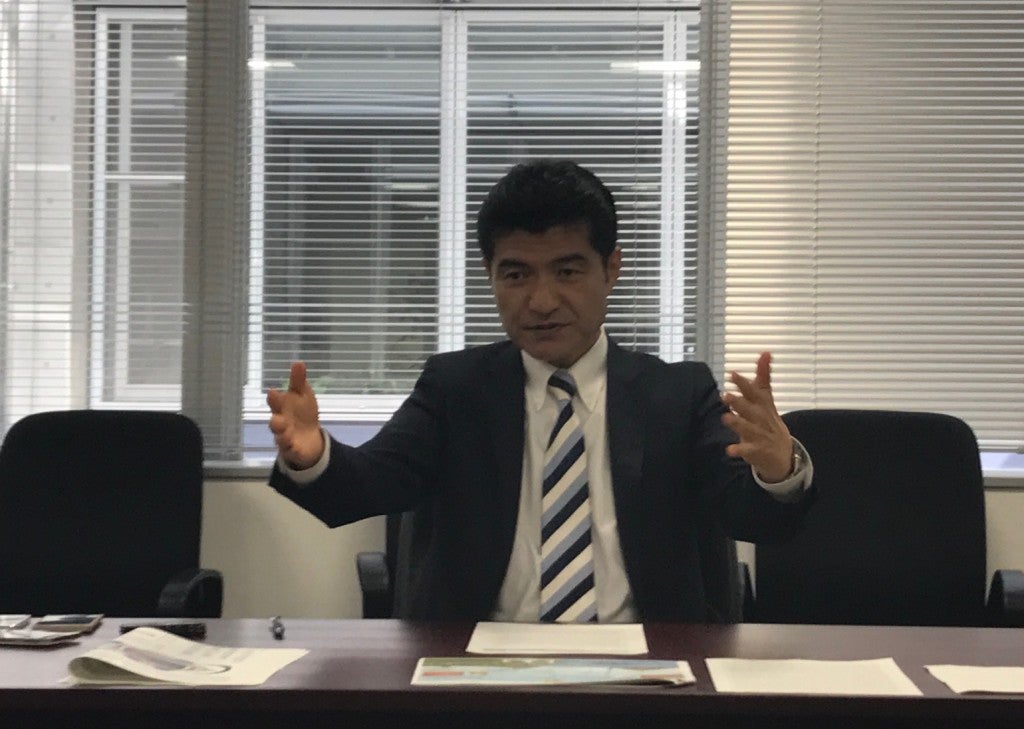 Asked if the contingency efforts were enough, Meñez added: “Well, that is the best thing you can do under those circumstances.”

“The Japanese, I believe, have prepositioned a modified patriot missile capability. So if there is a missile that is launched whether deliberate, or test attack, the military will also have the capability to shoot out incoming missiles,” Meñez said.

North Korea has about 13 to 30 nuclear weapons and conducted nuclear tests in 2006, 2009, 2013, 2016, according to Michihita, citing information from the Institute for Science and International Studies (ISIS). It also launched four Scud ER missiles simultaneously this March.

“According to the Article 9 of the Japanese Constitution, Japan’s armed forces is limited only to national self-defense,” said Lonny Carlile, professor and director of the Center for Japanese Studies at the University of Hawaii.

“Our military defense is not that strong . We have not sent military forces since World War II… although our air force is in good shape because of our world-class  aircraft, submarine and well-trained crew,” said Takahiro Otsuka, a journalist from the Fuji Television network.

US allies Japan and South Korea have fostered partnerships, relying on the US for military support against possible attacks from North Korea.

Michishita said Japan  acquired ballistic missile defense systems from the United States, a sea-based SM-3 and ground-based PAC-3 for $10 billion, and would procure Aegis destroyers with SM-3 Block IIA advanced system in the next three to four years.

Consultations have been going on with the US regarding the possibility of extended deterrence, he said. “When North Korea attacks us, we expect our US friends to help us,” he added.

“Japan, a more likely target because of its distance to North Korea, would be taking incremental steps at a time and confidence-building approach,” Carlile added. SFM