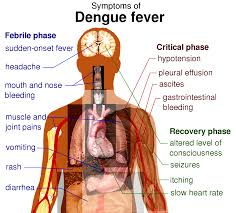 TAIPEI, Taiwan — A more affordable and highly effective dengue vaccine than the one already existing in the market will be available in the next three years, targeted to address rising dengue cases in countries like the Philippines.

Dr. Stanley Chang, chair of the Medigen Vaccine Biologics Corporation, which runs a cell-based vaccine plant in Hsinchu Biomedical Park in Taiwan, said the vaccine, once available, would be sold in 17 countries at a very low price to have an impact on poor people in Asia.

“If everything goes well, it will be available in 2019,” Chang told visiting journalists in Medigen’s vaccine plant in Hsinchu, south of Taipei. “There is still an official hurdle to overcome, but we’re trying to make it available by that time.”

He said the new vaccine they’re trying to develop is much more effective than what has been available in the market, especially in fighting the dengue’s subtype 2 strain, which has been the most fatal, the most dangerous and also the most common among dengue cases in Southeast Asia, including the Philippines.

He said they have been going through the licensing approval from the US National Institutes of Health (NIH) to distribute the vaccine to the 17 countries in Asia. The 17 countries, which include the Philippines, are among Taiwan’s southbound neighbors, whom Taiwan wants to promote closer ties with in its new southbound policy, a move that other observers interpret as trying to wean itself from mainland China, but which Taiwan officials deny.

“In terms of combating the second strain, hopefully we can,” Dr. Chang said.  “We heard some smaller companies in Asia are trying to develop similar vaccine, but they’re still in the early stage.  We are already on phase three, and trying to get our licensing agreement,” he said.

He said that dengue fever has become a serious disease in Thailand, Malaysia and Philippines. In 2015, the cases reached a pandemic proportion in Taiwan, killing more than 200 people.  “Before that, we had never had any death from dengue, but that year, it became a pandemic. I project this might become a global trend because of global warming.”

He said the company has formed a consortium with four other companies
in Brazil, Spain, Switzerland and the Middle East to share the
development cost so that they could offer the vaccine at an affordable
price in the market.

“Some biological drugs are too expensive that some middle income countries could not afford them, so, we formed a consortium,” he said.

“It will be sold in the world low price for the benefit of the poor people,” he said.  “Our original competitor, has been making one billion dollar a year. This would be a very very high impact project in the future for Medigen and for the poor country people of Asia.”  SFM