MANILA — Filipino security and maritime law experts were dismayed by the Philippines’ decision to sidestep the South China Sea dispute and set aside the country’s historic legal victory in the arbitral tribunal while chairing the Association of Southeast Asian Nations (Asean).

Professor Jay Batongbacal, director of the UP College of Law Institute of Maritime Affairs and Law of the Sea minced no words.

“The Philippine leadership of Asean is now overshadowed by its deference to China on the disputes,” Batongbacal told the Philippine Daily Inquirer in a text message.

“With this, the Philippine and Asean claimants will see little or no progress in the management of the disputes, despite the opportunity provided by the award and its determination of their maritime rights outside of the sovereignty issues,” he said.

Aside from the Philippines, other Asean claimant countries are Indonesia, Malaysia, Vietnam, and Brunei.

The Philippines sits as Asean chair on the 50th founding anniversary of the regional bloc known for its slow, consensus-building approach in addressing concerns.

The much-anticipated Asean chairman’s statement was released early Sunday morning, amid rumors that China had pressured the Philippine government not to mention its legal victory in the Permanent Court of Arbitration (PCA) in The Hague in July 2016.

Experts have already expected the toned down statement, but not a complete absence of the arbitral tribunal ruling in the statement.

The Aquino administration had brought China to court for arbitration in 2013, questioning its so-called nine-dash line demarcation that it uses to claim almost the entire South China Sea. 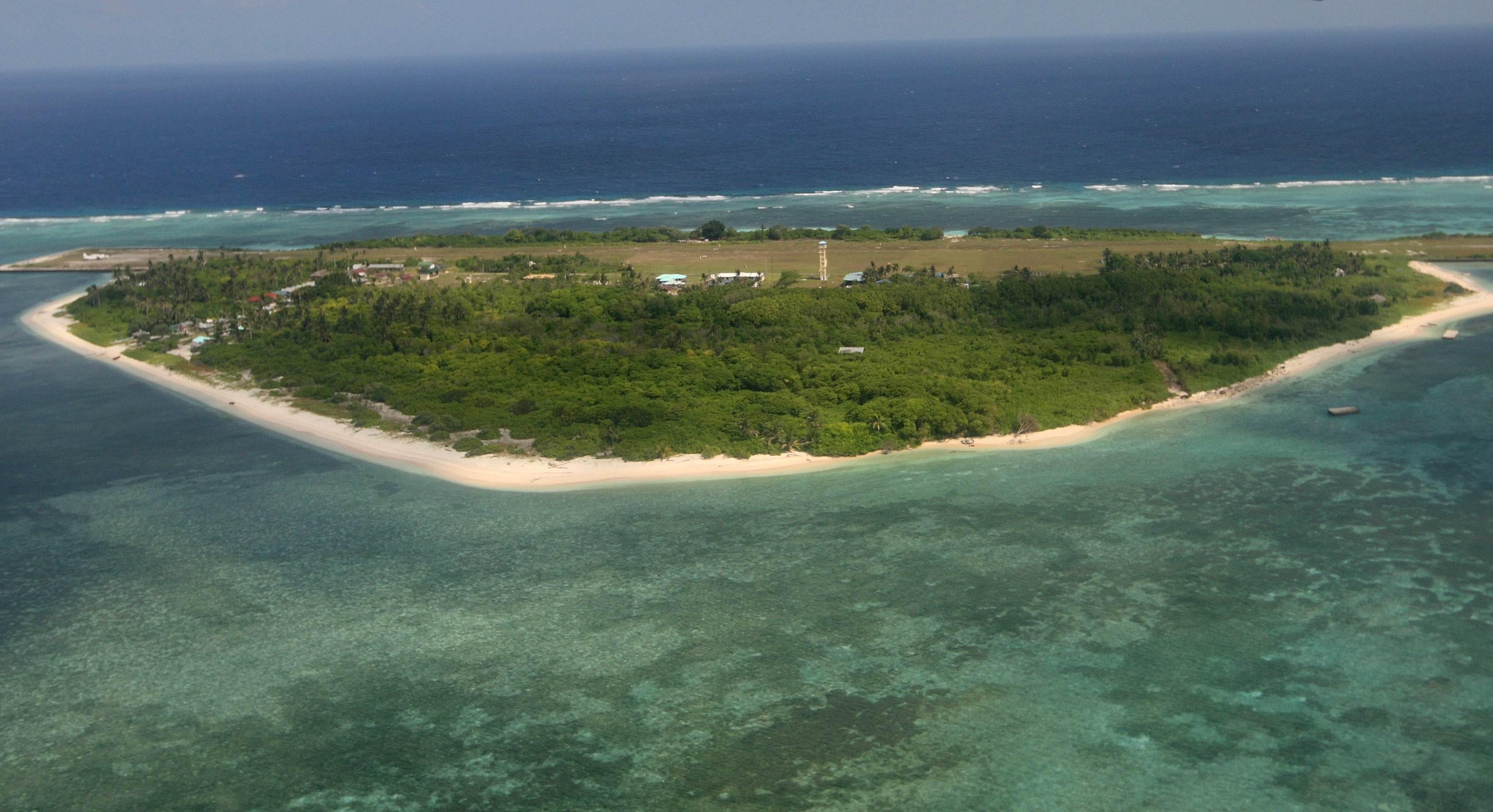 This July 20, 2011 file aerial photo, taken through the window of a closed aircraft, shows Pag-asa Island, part of the disputed Spratly group of islands, in the South China Sea located off the coast of western Philippines. Philippine President Rodrigo Duterte said on April 6, 2017, that structures should be built on all of the nine to 10 islands, reefs and shoals held by the Philippines in the Spratly Islands. (AP File Photo/Rolex Dela Pena)

The international court sided with the Philippines, in effect giving legal victory also to other South China Sea claimants.

Batongbacal and other experts believed that the Philippines’ legal victory has given the Asean opportunity to have the “moral high ground” in settling the maritime row with China.

“The Philippines’ refusal to discuss the award squarely indicates a refusal to immediately find common ground and join with our neighbors on a matter of mutual interest. This makes it more difficult for Asean to agree soon on a consistent and unified basis for dealing with China and the maritime disputes. The award provided the foundation for that common ground,” Batongbacal said.

For security analyst Francisco Ashley Acedillo, the Philippines “dropped the ball on this one.”

Acedillo, a former Magdalo partylist representative, said that the “entire Asean was expecting us to take the moral high ground especially coming off an astounding legal victory in the PCA.”

“Instead of taking the cudgels in giving China notice of its clear violations of the Treaty of Amity and Cooperation, the 2002 Declaration on the Code of Conduct of Parties in the South China Sea as well as the provisions of UNCLOS, we have allowed Asean again – and ironically under our watch – to pave the way for China to continue along its path of impunity,” he said.

Acedillo said that, indeed, there have been “diplomatic issuances… couched in language more often too polite and sterile to be both unambiguous and effective.”

But he stressed that the Chairman’s statement, delivered by President Duterte, “sounded so typical of him and how he sidesteps substantive issues like the South China Sea.”

Acedillo said that he agreed with the Duterte administration’s thrust of being “better friends with China,” adding that certainly, he also wanted peace and stability in the South China Sea.

“But like all solid friendships, big and small, we do want ASEAN’s friendship with China to be built on a solid foundation. Real friendship is, among other things, built on tough love. And that requires telling your friend (in this case China), it has been wrong on several counts in the case of the South China Sea,” he said.

University of the Philippines professor Chester Cabalza told the INQUIRER in a separate statement that the mention in the joint communiqué of key phrases such as “the importance of freedom of navigation and overflight in and above the South China Sea and the completion of a framework of the Code of Conduct (COC)” affirmed “the leaders’ commitment to maintain peace and stability in the region.”

“However, it misses the context and other substantial narratives on Manila’s arbitration triumph and Beijing’s continuous militarization in the disputed islands to give us a holistic view about this protracted debate concerning the security of the region,” Cabalza pointed out.

In the Laos statement in 2016, Cabalza said it was significant that Asean called out the militarization and reclamation in the South China Sea, at the same time emphasizing the need to follow the rule of law.

“In a way, it was a strong statement. [This time] we had long sentences, but the mention of the Code of Conduct, which we want to be completed, was the ‘consuelo de bobo’,” Cabalza said.

Cabalza said that the Philippines’ statement as Asean chair “will surely affect the tone and position of Asean which will be put to test in more upcoming multilateral engagements under Philippines chairmanship this year.”

“Such joint communiqué will either be carried on or ignored as other dialogue partners will participate later on in the East Asia Summit and the Asean-Plus Summit in November in which case there will be new developments in the South China Sea and in the progress of the COC (COC),” Cabalza said.  SFM